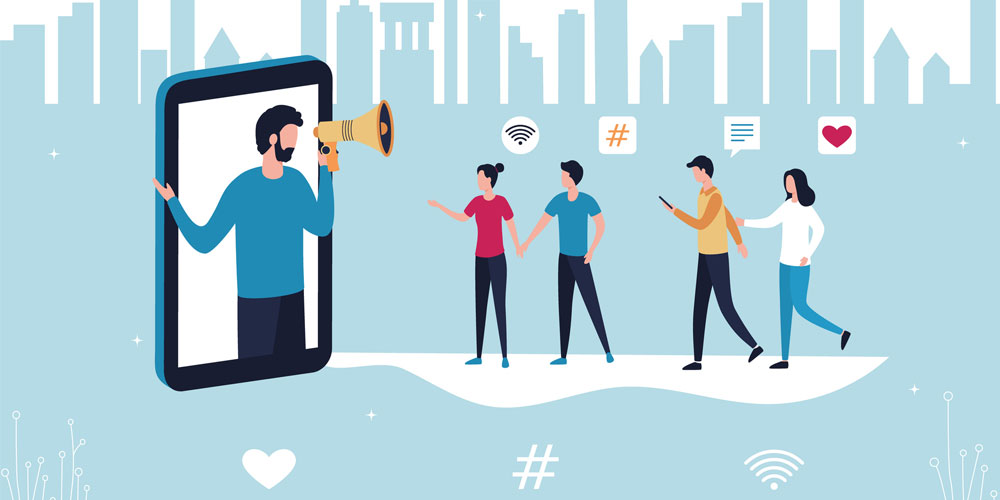 When most people think of influencers on social media, they conjure up images of millennials posting videos of exotic travel destinations or celebrities chatting about trendy clothing brands. But influencers are no longer a niche marketing avenue for the young; every demographic today is served by a squadron of influencers who together represent a US$101 billion industryPDF (by comparison, companies paid $67 billion in sports endorsements in the U.S. in 2019). Three-fourths of marketers surveyed in 2017 told the U.S. Association of National Advertisers they use influencers in their campaigns.

In turn, leading influencers can earn millions of dollars a year spreading hype about new products, apps, and services. And marketers seem to think the investment is worth it: A 2019 survey found that 80 percent of marketers were pleased with their influencer campaigns, and 89 percent reported that the return on investment from influencers was better than or comparable to that from other marketing channels.

But how can companies best wield this new promotional tool? The authors of a new study reviewed the latest research on consumer psychology and analyzed case studies of high-profile influencers; the study provides a framework for marketing managers who are considering whether influencers would work for their firms. Finding the right type of influencer (or mix of influencers) for the target market is the key to success.

The fact that people consume more media online has fundamentally altered how advertising appeals work, the authors write. Online consumers tend to be goal-driven, meaning they don’t want to be interrupted by intrusive ads; instead, they’re more likely to respond positively to conversational and authentic approaches (twin hallmarks of influencer engagement). And unlike traditional media, social networks like Twitter or YouTube thrive on users’ 24/7 interaction and shared interests, which makes it hard for ad agencies geared at mass audiences to penetrate them, but ideal for influencers targeting specific niches.

Because an influencer’s audience consists of followers who’ve opted in, influencers connect with consumers organically — and allow their sponsors to do the same, minus the costs associated with an ad campaign. Consumers often closely identify with the influencers they follow in terms of age, location, and life phase (going through pregnancy or college, for example). As a result, posts by influencers tend to be viewed as candid and real expressions of their opinions, and are likely to garner more attention — in terms of engagement and response rates — than ads from the company itself.

Because an influencer’s audience consists of followers who’ve opted in, influencers connect with consumers organically — and allow their sponsors to do the same.

The authors break influencers down into five types. Celebrities are people who were famous prior to joining social media and have an enormous follower base. The rest are categorized according to their follower count. Mega-influencers, the so-called internet famous, are recognized because they have a million-plus following on social media, but they have little currency outside of that realm. Macroinfluencers have between 100,000 and 1 million followers and typically concentrate on one subject area. In contrast, microinfluencers may be able to make a career out of their work on social media, but they operate on a smaller scale, with between 10,000 to 100,000 followers, focusing on specific geographic markets or brands. Finally, nanoinfluencers have fewer than 10,000 followers but are perceived as approachable and highly authentic.

Indeed, influencers play many roles — product endorser, content producer, social media manager, marketing strategist, and PR representative — that are simply outside the scope of an ad agency. Accordingly, the authors offer some words of advice for marketing managers as they consider whether handing over some (or all) of these functions to an influencer would be more effective than traditional ad campaigns.

Use influencers as a one-stop shop. “The interplay of deep audience insight, creative expertise, and experience managing social media make for a powerful combination,” the authors write. Whereas ad agencies typically focus on a single aspect of a marketing campaign — such as market research, social media outreach, or content creation — influencers do it all, and, by tapping into their deep knowledge of your brand, do it quickly.

Get the most bang for your buck, but don’t undervalue what they do. Number of followers can act as a proxy for an influencer’s popularity, the authors write, but this may fail to account for the full impact of the influencer’s organic reach, engagement, and post quality. Some assessments suggest using micro- and macro-influencers may be more cost-effective than celebrities or social media stars, because smaller accounts tend to have higher engagement rates. (And celebrities’ relatively low engagement rates come with a hefty price tag; some charge $250,000 per Instagram post.)

Pick and choose. The whole point of influencer marketing is its targeted appeal to a specific audience. So, the authors advise marketing managers to use different types of influencers in the same campaign, offsetting celebrity charisma and mega-influencers’ expertise with the more intimate and personal appeals of a nanoinfluencer.

Be aware of the risks. Of course, turning over some (or all) of a firm’s marketing campaign to an influencer is not without peril. The most obvious danger is a scandal associated with the endorser; brands that associate closely with tainted figures can be caught in the backlash themselves.

On a more prosaic level, performing cost-benefit analyses on influencer campaigns can be challenging. Many influencers have been known to purchase bot accounts to inflate their follower counts. People can, however, look for suspicious patterns in follower counts. Marketers must also make sure influencers properly disclose their relationships with the firm, in line with trading guidelines.

Influencers represent the latest step in the evolution of marketing into a collaborative industry, wherein consumers and companies alike share in the branding efforts of new products and services. “Marketing managers should be prepared to use influencers within even their broadest marketing campaigns,” the authors write, “and to consider how this emerging marketing phenomenon may improve their overall brand strategies.”