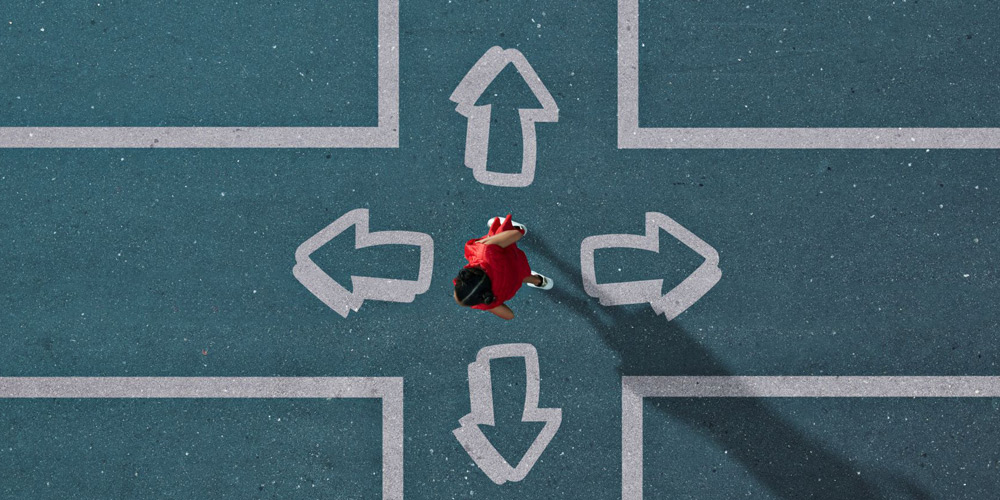 Time after time in his eventful life, the brilliant and indispensable Albert O. Hirschman faced a choice: Should I stay or should I go?

For most of us, this sort of decision is about whether to change jobs or stay in a relationship. For Hirschman, an economist and profoundly insightful social observer, the choice was sometimes a matter of life and death. When it mattered most, he tended to stay as long as he could. Only when nothing else could be salvaged would he flee and save himself.

Born Otto Albert Hirschmann in Berlin in 1915 and baptized a Lutheran, he was in fact of Jewish extraction and, in 1933, he was perfectly capable of reading the ghastly handwriting on the wall. The young Hirschmann opposed the Nazis as a freshman at university and soon decamped for Paris. He would later fight for the democratically elected government in the Spanish Civil War; serve in the French Army at the dawn of World War II; help the likes of Hannah Arendt, Marc Chagall, and Max Ernst escape from Vichy France; and finally, get himself to the United States.

The multilingual economist would go on to serve in the Office of Strategic Services, the wartime precursor to the CIA; teach at Harvard, Yale, and Columbia; and become one of the most interesting and enduring thinkers of the second half of the last century. He would also Anglicize his name, as immigrants were wont to do in those days — and, when he came under suspicion in the McCarthy era, spend a few years as an economic advisor in Colombia.

Given the pattern of escape in his remarkable life story, is it any wonder that Hirschman’s most famous book is precisely about when to stay and when to go? Exit, Voice, and Loyalty: Responses to Decline in Firms, Organizations, and States is one of those little books from the middle of the last century, like Erving Goffman’s Stigma and Eric Hoffer’s The True Believer, that shines a light on an important but little noticed phenomenon and, by showing it clearly, forever changes the way we think about it. (There were longer books too, of course, including Rachel Carson’s Silent Spring and Betty Friedan’s The Feminine Mystique.) This year is the 50th anniversary of Exit, Voice, and Loyalty’s publication, and thus presents a welcome opportunity to reconsider Hirschman’s thinking on the crucial question of how we can effect change in an organization.

At 176 pages, the book is an easy read — Hirschman did not believe his ideas needed to arrive bristling with complex formulas or shielded by a carapace of jargon. And it offers business leaders a greater return on invested time than almost any other text I can think of. The insights are at least as relevant today as they were in 1970, whether the enterprise in question is a company, a political entity, or even a marriage.

To Hirschman, there are two basic ways of effecting change in an organization. The first, which he categorizes as economic, is by leaving. Customers do this all the time. Quality slips, service deteriorates, prices creep up, and people start to buy from competitors. Management either gets the message and cleans up its act or, if the exodus persists, the business goes under.

But there’s also a somewhat less appreciated way of effecting change: by speaking up for it. Hirschman characterizes this method as political. The use of voice in this way is probably most salient in the case of people within an enterprise who are unhappy with its conduct. Although customers in a competitive marketplace can easily move on, departure is more difficult for insiders. Agitating for change from within isn’t easy. But the attempt, at least, can forestall the need to find another job — or keep the venture from failing and taking your job with it.

Agitating for change from within isn’t easy. But the attempt, at least, can forestall the need to find another job — or keep the venture from failing and taking your job with it.

Economic exits predominate wherever people have a lot of choice, as in highly competitive businesses, whereas monopoly elevates voice. Hirschman was always a connoisseur of paradox, and he notes a delectable one here. Because most managers want to get on with their program without interference from dissidents or opponents, their preference for staff exits over voice means that enterprises will sometimes simply trade malcontents back and forth without improving. In such cases, less competition can actually be better — for the organization and for society — because it shifts the balance from exit in the direction of voice, which then makes improvement more likely.

Hirschman also noticed that the consumers most likely to exit are the ones who care most about the product, and that government entities (which rely on the public purse rather than profits) are often least sensitive to departures. Thus, he observes, public schools can be more prone to exit than they are open to voice, and end up repelling the families in the best position to bring about change.

And he would have been fascinated to consider the rise of index investing, which has meant that a few big money managers control ever larger stakes in public companies. Unlike smaller investors, these managers cannot express dissatisfaction by selling — in other words, via exit — because that would entail deviating from the index of stocks.

“The voice option is the only way in which dissatisfied customers or members can react whenever the exit option is unavailable,” Hirschman notes, pointing out that the most brittle organizations are those, such as the Mafia, that suppress both exit and voice. The eventual collapse of the former Soviet Union is evidence the author was onto something here. “Latin American powerholders,” he observes, by contrast, “have long encour­aged their political enemies and potential critics to remove themselves from the scene through voluntary exile.”

There is a powerful factor that tends to slow exit and amplify voice: loyalty, which is probably most easily understood in the context of nationalism. In America, when the Republicans win a national election, some Democrats inevitably talk about moving to Canada. In their frustration, they claim readiness to abandon voice in favor of exit. But of course loyalty — to home, to family, to friends, and to country — prevents most from going. This effect is also manifest in the context of an enterprise whose course you’d care about even after leaving, as in a business you built up yourself, or a venture (like a newspaper or university) that has some special social significance.

Leaders, take note: There are good reasons to encourage voice as well as loyalty. Properly used (and heard), voice can forestall exit and provide valuable information about necessary change. Yet managers must also recognize, in this age of social media, legal constraints, and intolerance of workplace tyranny, that a cacophony of voices can be disruptive (as Google has discovered), and a chorus of them can be loud enough to topple a leader.

With their focus on markets, economists tend to privilege exit over voice, Hirschman tells us, as do, by their nature, Americans. The country was founded on the basis of exit, after all, by people leaving the Old World for the New. To this day, people leave other places to come here. The sheer size of the place has meant that anyone dissatisfied with the status quo could light out for new territory, à la Huck Finn, instead of staying put.

Hirschman was writing before Twitter gave everyone a digital megaphone. But it’s probably still true, as he argues, that exit is usually easier than voice, because politics is hard. Voice, he says, requires a kind of creativity. Exit may save an enterprise, indirectly, but it most reliably saves the one who departs. Voice entails commitment and a great deal of faith: that someone will listen, that an enterprise is worth saving, and that there is potential for change.

One of Hirschman’s most interesting insights is that companies must balance the demands of voice against those of profitability, rather than solely maximizing profits, because companies can’t afford to alienate important constituencies. This is probably why concert promoters sell tickets cheaply enough for scalpers to make money reselling them and why prescription medications aren’t priced even higher. In both cases, stakeholders’ voices inside and outside the enterprise make single-minded profit-maximization impossible.

Albert O. Hirschman didn’t just love paradoxes; he was one. His excellent biographer, Jeremy Adelman, calls him “a pragmatic idealist.” In Exit, Voice, and Loyalty we see that Hirschman, whose subtle plea for voice contrasts jarringly with his personal experience of exit, was well aware of the contradictions present in the life of any organization. He had the tragic vision to see that human enterprises, like the people who comprise them, are doomed to falter sooner or later. Yet he was optimistic enough to believe that people could influence and improve them. Hirschman knew how to make an exit. But he loved a great voice.