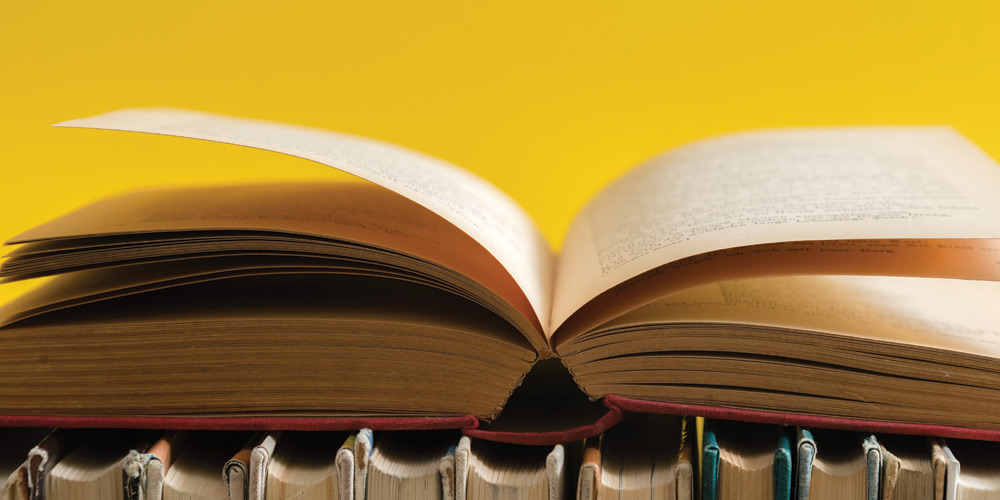 If you’re in business, perhaps the most important question you can ask yourself is, “What’s your story?”

Stories are how we make sense of the world and understand one another, and asking questions is how we begin to construct our stories. It’s hard to imagine any business leader — or enterprise — could last very long without being able to answer such questions as, “Who are we? What business are we in? How do we want the world to see us?”

The same goes for political leaders. Without a compelling story, a candidate doesn’t give voters a reason to get excited — or to cast a ballot. Compelling stories are also the means by which candidates seek to define one another, and the stories they use can be as brief as a few words — a tag, really, as in “There you go again” or “Willie Horton” or “liberal.” 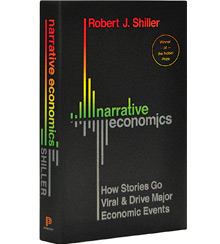 What’s surprising, perhaps, is that the gearheads in academic economics departments may finally be getting wind of all this. If they are, much of the credit must go to Robert J. Shiller, the Yale economist who won the Nobel Prize in his field in 2013. Shiller’s iconoclastic new book, Narrative Economics, ranges across disciplines to explore the role of narratives in explaining (as the subtitle has it) “how stories go viral and drive major economic events.”

It’s fitting to focus on Shiller’s book in this space because narratives are the stock-in-trade of this column. In previous months, I’ve explored the power of some well-known narratives — by the likes of canonical novelists including Herman Melville, Nikolai Gogol, and Theodore Dreiser — to shed light on aspects of management and business. Now someone’s come along with a book saying that narrative itself is indispensable for understanding economics — and by extension, everything else.

Most executives and entrepreneurs will be tempted to respond: “Told you so!” But before you dismiss Shiller as the bearer of obvious tidings, note that narratives, as he defines them, aren’t just stories. “The words narrative and story are often used interchangeably,” he writes. “But according to the Merriam-Webster online dictionary, a narrative is ‘a way of presenting or understanding a situation or series of events that reflects and promotes a particular point of view or set of values.’”

People need narratives. It’s one of the ways by which we make meaning and, in the author’s view, an important way in which we differ from other animals. Social media and global interconnectedness have radically democratized the ownership of narrative, which can make it more difficult than ever for a business to control its own story. When a narrative catches on — when it goes viral — it becomes a compelling version of reality.

“We can think of history,” the author tells us, “as a succession of rare big events in which a story goes viral, often (but not always) with the help of an attractive celebrity (even a minor celebrity or fictional stock figure) whose attachment to the narrative adds human interest.”

For business, narratives are a double-edged sword. You or your product can suddenly take off and achieve phenomenally rapid success. Sometimes that success is a flash in the pan. Sometimes it’s the iPhone. And when the narrative goes wrong, the fall from grace can be equally fast. Because we’re talking about narratives, an example from the world of book publishing comes to mind.

A sudden and unexpected bestseller is the industry’s favorite surprise. But when the Pulitzer Prize–winning author Junot Díaz was accused of harassment and unwanted sexual contact in 2018, the consequences were very different. An investigation by MIT, where Díaz teaches, found no evidence of wrongdoing. Nonetheless, U.S. print sales of his books fell nearly 85 percent in the seven months after the allegations were raised, according to the New York Times.

Why do some narratives — and not others — catch on? As noted, it helps if attractive people are attached to the story, and strong visual images, Shiller reports. Truth and falsity, on the other hand, don’t seem to matter as much, which is sobering. Ultimately, though, Shiller sees the forces behind narrative virality as mysterious, repeatedly drawing analogies to the spread of disease: “Major things happen because of seemingly irrelevant mutations in narratives that have slightly higher contagion rates, slightly lower forgetting rates, or first-mover effects that give one set of competing narratives a head start.”

It may not be too much to say that business leaders earn their keep by predicting and influencing the course of narratives, no matter how unpredictable these narratives may seem.

Consider the rise of the wheeled suitcase. “These did not become popular until the 1990s, when a Northwest Airlines pilot, Robert Plath, invented his Rollaboard with both wheels and a rigid handle that can collapse into the suitcase,” Shiller writes. “An earlier version of the wheeled suitcase by Bernard Sadow in 1972 had achieved only limited acceptance.” But efforts to popularize this seemingly useful item go back even further, the author discovered. A similar product was patented as early as 1887, and Shiller later “found a 1951 article by John Allan May, who recounted his efforts to manufacture and sell a wheeled suitcase starting in 1932.”

The suitcases finally caught on only when flight crews adopted them and paraded glamorously through airports, pulling them along. Still, why then and not sooner? In this instance, Shiller is strangely incurious. His readers, by contrast, might wonder about social, technological, and business developments that could have played a role. Here’s a plausible counter-narrative: Rolling suitcases caught on at a time of rising global business travel, an increasing proportion of it done by air passengers who were (like most flight staff) women. Traveling light — carry-on only — became imperative in dealing with both the growing crush and the airports that were expanded to make room for these additional fliers. An aging population was perhaps less able to lug around a bag. Later, when airlines started charging for checked bags, customers were even more open to better carry-on suitcases. Changes in the nature of business attire might have played a role, too.

Like the media’s ex post facto explanations for the daily rise and fall of stock prices, these speculations are blessed by hindsight. But in business, this kind of observation and extrapolation, based as much as possible on experience, is essential in deciding whether to bring a wheeled suitcase — or anything else — to market. It may not be too much to say that business leaders earn their keep by predicting and influencing the course of narratives, no matter how unpredictable these narratives may seem. As Shiller writes, “An economic narrative is a contagious story that has the potential to change how people make economic decisions, such as the decision to hire a worker or to wait for better times, to stick one's neck out or to be cautious in business, to launch a business venture, or to invest in a volatile speculative asset.”

Narratives are accounts of patterns, and some people are very good at spotting them. I suspect it takes a lot of imagination. At the same time, the human need to create meaning can be a trap, because the world, like some naturally occurring Rorschach test, serves up all kinds of stimuli that don’t mean much of anything. Managers, in short, have to be wary of seeing patterns where there are none. This phenomenon is common enough that there is a name for it: apophenia. In extreme cases, it can be a symptom of mental disorder. But it’s simply human nature to be seduced by the stories we tell ourselves — or that we hear from others — about the world around us.

So sure, it’s important to ask yourself, “What’s my story?” But the questions can’t stop there, because it’s hard to tell whether the story describes what is really happening or simply what you’re thinking. Best to go a little further, and ask someone else: “Do you see what I see?”