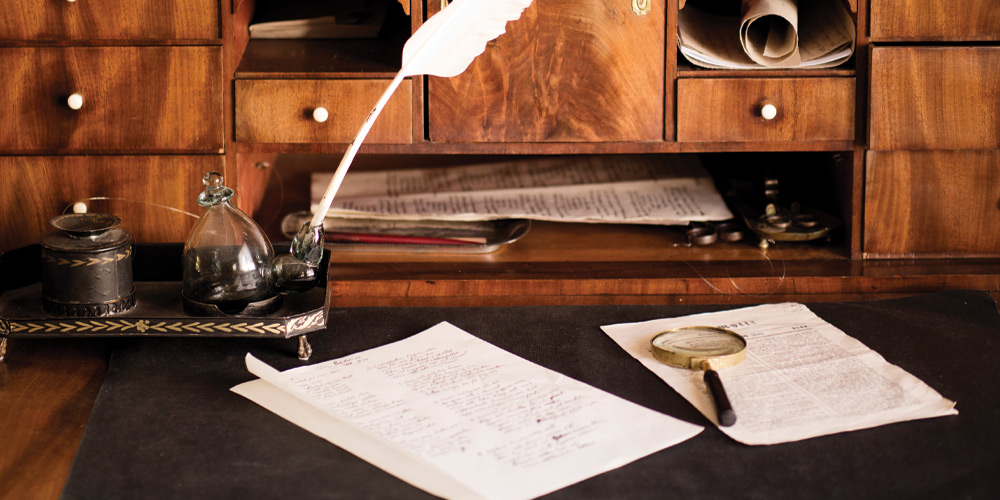 We all have experience with problem employees. Some of us have even been one. But few of us pose as big a problem as a copy clerk named Bartleby did to his colleagues.

You likely haven’t encountered literature’s most famous and refractory office worker since high school, which is a pity. Because pound for pound, there is no better text on the challenges of managing people than Bartleby, the Scrivener. And even though Herman Melville’s famous short story was first published in 1853, it has arguably never been more relevant to the workplace — or to the leaders charged with making it function.

Bartleby, the Scrivener addresses the particular challenges of employees who are productive yet difficult — as Bartleby’s colleagues are — and of workers, such as Bartleby, himself, who have mental health issues. (There are signs these issues may be increasing today, at least among the young.) The experience of Bartleby’s manager asks us: How can we help a troubled soul in our employ? Is patience enough? And how much patience is too much? More broadly, how do we balance the needs of individuals against those of the enterprise?

Melville, of course, is best known for that great fictional leviathan Moby-Dick itself an encyclopedia of insights into leadership and workplace dynamics. But Moby-Dick is a novel nearly as large as Captain Ahab’s quarry. Bartleby, at about 14,000 words, is a masterpiece of economy and wit by comparison, alternately hilarious and heartbreaking and sometimes both at the same time. If you commute by transit, you can probably read it all on the way home.

The story is narrated by an undistinguished lawyer who employs two copyists and an apprentice in bleak Lower Manhattan offices, where they perform the sort of pedestrian legal work that keeps the wheels of commerce turning. All four maintain a productive, if comic, equilibrium, demonstrating that, long before The Office, workers and managers have had to cope with one another’s quirks in a subtle choreography of give-and-take. Managers, our lawyer included, thus find themselves balancing authority and indulgence, advantages against annoyances, the expectations of all against individual allowances.

And so the nameless lawyer tolerates his deeply idiosyncratic scriveners, whom we know only by their colorful nicknames. Turkey, an experienced copyist with a drinking problem, is quite productive in the morning, even if he descends into fits of ill temper after a boozy lunch each day. Nippers, his ambitious younger colleague, spends mornings obsessing over things like the angle and height of his desk, but gets into gear in the afternoon. “I never had to do with their eccentricities at one time,” their conflict-averse manager assures us. “Their fits relieved each other like guards. When Nippers’ was on, Turkey’s was off; and vice versa. This was a good natural arrangement under the circumstances.”

Business is good, so the lawyer seeks another scrivener to help with the growing workload. “In answer to my advertisement,” he tells us, “a motionless young man one morning, stood upon my office threshold, the door being open, for it was summer. I can see that figure now — pallidly neat, pitiably respectable, incurably forlorn! It was Bartleby.”

The new man, however unprepossessing, falls upon the job with a kind of hunger. “At first, Bartleby did an extraordinary quantity of writing,” the lawyer reports. “As if long famishing for something to copy, he seemed to gorge himself on my documents. There was no pause for digestion.”

The trouble starts when the lawyer asks the newcomer to help compare two copies of a legal document for accuracy — an essential but dreary task that requires teamwork. In the antebellum office, before the age of copy machines and computers, human clerks labored to produce needed duplicates by hand. Today, we may resent our reliance on technology, but the stultifying nature of copying work in Bartleby is a useful reminder of how much drudgery office innovations have spared us. So the new man is asked to share the burden and help compare copies.

“Imagine my surprise, nay, my consternation,” the lawyer reports, “when without moving from his privacy, Bartleby in a singularly mild, firm voice, replied, ‘I would prefer not to.’”

As an executive, our narrator displays the patience of Job, but he also demonstrates some very human shortcomings. From the outset, for example, flummoxed by Bartleby’s bizarre recalcitrance, he puts off dealing with the problem, as so many of us are wont to do with difficult personnel issues. Meanwhile, he piles what should have been Bartleby’s work onto the plate of someone else more willing: “My business hurried me. I concluded to forget the matter for the present, reserving it for my future leisure. So calling Nippers from the other room, the paper was speedily examined.”

As an executive, our narrator displays the patience of Job, but he also demonstrates some very human shortcomings.

But Bartleby does it again, this time when the whole office has been mobilized to read through four copies of some testimony. All hands are on deck, yet the new man again says only: “I would prefer not to.” Our manager is so astonished that “for a few moments I was turned into a pillar of salt,” like Lot’s wife, unnamed in the Bible, who violates a heavenly command not to look back at the ruins of Sodom and Gomorrah. Is this because he looks upon Bartleby in horror, recognition, or both?

As the story continues and Bartleby’s placid intransigence comes to seem ever more pathological, it’s hard not to notice that the manager is almost as solitary as his stubborn antagonist. He has workmates and business contacts but mentions no family or homelife. Has it crossed his mind that, absent the structures and rituals of the office, he might not be any less adrift than his troubled copyist?

Perhaps this is the source of his empathy for Bartleby. He tries reason, and then practically begs for some compliance with the practices of the workplace. Rebuffed every time, and with each rebuff less likely to ask for work from him the next time, the lawyer still can’t bring himself to fire the man. On the contrary, he even tries to get Bartleby to come home with him. You can guess the scrivener’s response.

As we witness Bartleby’s tragic slide from his initial frenzied productivity to passive-aggressive resistance to near complete paralysis, his situation comes to look more and more like what we’d call depression. Today, depression and other mental health issues appear to be more readily recognized: The National Institute of Mental Health says nearly one in five American adults lives with a mental illness ranging from mild to severe. Thankfully, the stigma has begun to diminish, but that means managers are more likely to find themselves confronting such issues among employees.

In Bartleby, the person in charge responds with admirable compassion. But there is no employee assistance program, no drugs or therapy (though Turkey suggests Bartleby take “a quart of good ale every day”), in short, no real mechanism for the boss to provide help. Understanding instinctively that something is seriously wrong, the manager contorts himself, his workplace, and his team to accommodate a colleague who cannot function. Ultimately, despite extraordinary measures that we’ll avoid disclosing here, the manager is unable to save his employee. It’s all he can do to save himself.

Today’s treatments are far from perfect, but they can mitigate the paralyzing sadness that overcomes Bartleby. A harder problem for Bartleby’s boss and everyone else is figuring out how to strengthen the human ties that seem increasingly frayed outside the workplace. As Melville’s story shows, the difficulties of employees tend not to recognize the useful boundaries that delineate the workplace from the rest of life. More than ever, business leaders have to cope with the spillover in both directions, even if they would prefer not to.