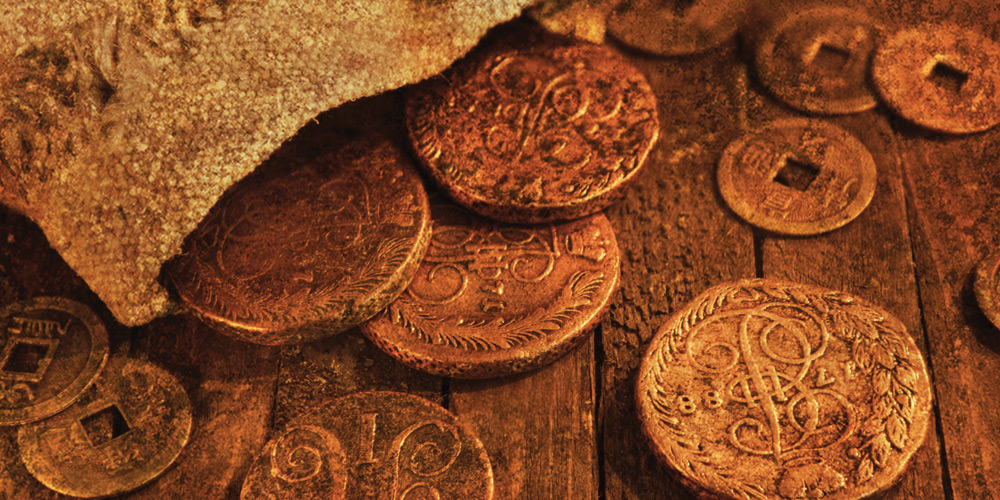 People in business are sometimes accused of selling their souls. A really creative entrepreneur, then, would just borrow against other people’s souls.

We speak here now not of eschatology, but of 19th-century Russia, an agrarian landscape where one of literature’s greatest salesmen, financial innovators, and, yes, con men, cuts a hilarious swath. If you squint a bit, the story told in Nikolai Gogol’s 1842 novel Dead Souls has a special relevance for the present, a time of yawning inequality and ever more creative financial engineering.

Our hero, if you’ll pardon the expression, is the remarkable Pavel Ivanovich Chichikov, a cashiered civil servant with a murky past. Like so many charismatic hustlers to come into view in the century that follows — remember The Music Man? — he is about to foist a big idea on a small town.

Knowing that landowners have to pay taxes on serfs, and that deceased serfs aren’t removed from the tax rolls until the next census, Chichikov offers to take these “dead souls” off the landowners’ hands for free, magnanimously assuming the tax burden. Why? Altruism, he sometimes suggests. But we soon learn that you can borrow money against serfs — as long as the lender thinks they’re alive.

At first it seems that, once he’s collateralized these dead souls, Chichikov plans to take the money and run. But gradually, charmed by the hospitality, competence, and rural splendorof one particular estate where he transacts business, he is seduced by the idea of himself as a sort of country squire. The charismatic owner of this place, Konstantin Fyodorovich Kostanzhoglo, speaks of what he does — basically, capitalism — with religious fervor.

“One must come to love management, yes!” he says. “And, believe me, there’s nothing dull about it.”

He enthralls poor, dishonest Chichikov by explaining that “a proprietor has no time to be bored. There’s no emptiness in his life…everything around you brings increase upon increase, producing fruit and profit. I cannot even tell you what a pleasure it is. And not because the money’s growing…but because all this is your handiwork; because you see yourself being the cause and creator of it all, how from you, as from some sort of magician, abundance and good pour out on everything….Here, precisely here, man imitates God.”

Before we go any further, let’s acknowledge that this is not a book with the polish or sense of sympathy one might expect from the graduate of a modern MFA program. Although Gogol’s most cutting caricatures are of the landed gentry, he shares his characters’ disdain for Jews. And the central premise is essentially a joke about slavery. Until their emancipation in 1861, one-third of Russians lived in the bondage of serfdom, tied to the land and subject to the whims of aristocratic landowners. They weren’t owned outright, as were the American slaves emancipated at last by the Thirteenth Amendment in 1865. But they had few rights or protections.

Gogol, moreover, never quite finished Dead Souls. Parts of the manuscript are missing and, like a film with crucial scenes mysteriously snipped out here and there, the book lacks vital connective tissue in some places. Yet it remains not just one of the greatest satires ever written, but a work of deep psychological insight — not least about the conduct of business.

We learn that Chichikov, like so many wheeler-dealers, has been an entrepreneur even from his earliest years, finding ways to make money from his classmates in school and ingratiate himself with his martinet of a teacher.

The schoolboy huckster “would sit in class near those who were better off, and as soon as he noticed some queasiness in his comrade — a sign of approaching hunger — he would show him from under the bench, as if accidentally, a wedge of gingerbread or a roll, and, after getting him all excited, would charge a price commensurate with his appetite. He spent two months in his room fussing tirelessly over a mouse that he kept in a small wooden cage, and finally managed to get the mouse to stand on its hind legs, lie down and get up on command, and then he sold it, also for a good profit. When he had accumulated as much as five rubles, he sewed up the little bag and started saving in another one.”

Young Chichikov’s civil service career is marked by patience, shrewdness, and catastrophe. More than once, he finds himself wiped out and, humiliatingly, having to start over again at the bottom. His resilience is remarkable proof of the maxim, not often enough noted, that you simply cannot keep a bad man down.

Much of the book is concerned with his travels from estate to estate, during which he encounters a series of ever more colorful characters from whom he’s determined to pry title to dead serfs. And as is sometimes the case in business, it’s not always clear who should pay whom. Dead serfs are a liability, but their owners figure they must be worth something, if only because the smooth-talking visitor wants them. “You’re buying it,” says one. “That means you need it.”

Dead serfs are a liability, but their owners figure they must be worth something, if only because the smooth-talking visitor wants them.

Chichikov still manages to accumulate hundreds of them, thanks in part to his keen eye for prey. Everywhere he goes, he gathers intelligence in order to find those who own the dead — in the argot of selling, to obtain leads. The minute he meets a landowner, he’s sizing up the property, the serfs, and the person, all in order to qualify the seller. How many serfs might this person have? How many might be dead? On hearing of one miserable landowner who is practically starving his peasants, “Chichikov picked up with interest. ‘And you say his people are actually dying in large numbers?’ ‘Dropping like flies.’ ‘But if one were driving out of your gate, would it be to the right or the left?’”

Chichikov is the customer, of course. But in order to get the dead souls, he has to sell himself to wary landowners — something at which he excels. Even when you are buying, evidently, you are selling, for one is always selling oneself in business — always trying to persuade someone to hire, to make a deal, to invest, to accept, and most of all to trust. Buying and selling have a lot in common; in visit after visit, Chichikov the buyer assumes the posture of a seller, behaving as a supplicant and putting up with all manner of craziness, including, for example, an excruciating call on a landowning family that hardly says anything. In another escapade, he pretends to fawn over a new baby, who promptly wets our wily protagonist’s tailcoat. Inwardly seething, Chichikov outwardly remains beatific. Willy Loman would understand perfectly.

But Chichikov is no mere snake oil salesman. He’s also an innovator who identifies arbitrage opportunities. He relies on the inefficiency of Russian public administration: Landowners have to pay taxes on their serfs based on the last census count. But counts were few and far between, and often many years apart. The result was that many landowners were burdened with taxes on a growing number of dead serfs until the next official census. Chichikov might even have charged for relieving landowners of a liability, if only some of them weren’t so savvy. “You’re a great crook, allow me to tell you that in all friendliness,” says one. “If I were your superior, I’d hang you from the nearest tree.”

But the sellers aren’t the victims; the fraud, to the extent there is one, will be against whoever unwittingly lends money against such ghostly collateral. Nor is it a foregone conclusion that Chichikov won’t repay the loans; if he were to obtain some property for himself, which at one point he sort of does, the labors of the living might well retire the debts incurred in acquiring the dead.

Predictably, things don’t work out that way. But if they had, it wouldn’t be the first time that a crime, however harmless, was at the base of a great fortune.