Ambitious people in business like to think of themselves as pushing the envelope, but sometimes they can push it so far they fall out of it altogether — and end up in prison. They can also bounce back, as we learn from Theodore Dreiser’s remarkable but little-read 1912 novel, The Financier.

Not for nothing is Dreiser’s cycle of epics about fictional tycoon Frank Algernon Cowperwood called “The Trilogy of Desire.” Although the author lays out the protagonist’s financial machinations in painstaking detail, the books aren’t just about finance or even business so much as they are about the human longing for more that is both our glory and our downfall. Without such desires we’d probably still be living in caves, reluctant to upgrade to huts lest the gods exact retribution for our presumptuousness. But that same motivating hunger for more and better, unrestrained by reason and judgment, can destroy us. It very nearly destroys Cowperwood, who is heavily based on the ruthless streetcar tycoon Charles Tyson Yerkes. 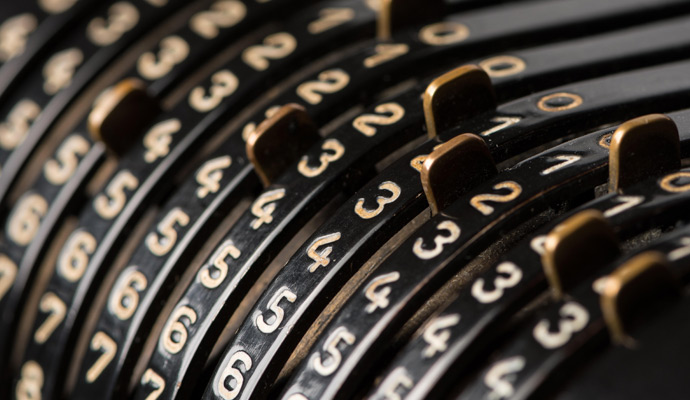 In our own time, with its great affluence and freedom, the book’s highlighting of the link between striving and self-destruction would make it worth reading. But the novel is also great page-turning fun, and a useful reminder that not very much is new under the sun, even in the ever-changing world of business. Constants, then and now, include the power of fast-moving news to upend the best-laid plans, even if the news was delivered by an early version of the Internet known as the telegraph. Managers who complain of uncertainty today ought to imagine running a business when a potential civil war loomed, the rule of law was spotty, and capitalism was truly red in tooth and claw. Or consider a more prosaic example: Through a family connection, young Cowperwood gets his start in business in what we’d call today a yearlong unpaid internship. It proves invaluable.

A warning: Dreiser’s notorious shortcomings as a prose stylist are on display in this book as in all his others. One critic called him “the worst writer of his eminence in the entire history of literature.” Yet as a chronicler of the massive changes in American society and character before the Great War, Dreiser is probably unmatched, which is one reason his best books — Sister Carrie and An American Tragedy — remain widely read. Another is that, at his best, he was a penetrating psychologist, and far too insightful to rely on the easy villains or shallow conclusions so many other writers routinely found in capitalism.

Of the three books in Dreiser’s financial trilogy, The Financier is the only one much read anymore — and for good reason. If you work in business, particularly if you see yourself as entrepreneurial, The Financier offers a sobering — and simultaneously thrilling — cautionary tale cataloging just about all the ways you can bring about your own downfall.

Frank Cowperwood grows up in affluence and security in antebellum Philadelphia, the son of a banker in what was then a major financial center. His understanding of the world is crystallized when, as a boy, he observes a squid trapped in a tank with a lobster. Gradually, the alert but defenseless cephalopod succumbs to his heavily armored antagonist until there’s nothing left of the squid but bits and pieces.

Clear on the brutal nature of society, Cowperwood turns his brains and charisma to business — in particular, finance — and builds himself a fortune. Not satisfied to be merely wealthy, and content to deal with the world as it is rather than as it should be, Cowperwood pushes the envelope by garnering unscrupulous municipal financing business from Philadelphia and pursuing control of some of the growing city’s burgeoning streetcar lines. Although married, Cowperwood is similarly willing to ignore conventional morality to pursue a fraught liaison with the daughter of an important client. It all comes crashing down of course, but that’s hardly the end of Cowperwood, as Dreiser ingeniously demonstrates.

The Financier is full of lessons for the world of business today. Perhaps the most obvious has to do with the difficulty of predicting low-probability but high-impact events. Cowperwood is heavily leveraged but has no reason to believe this will be a problem — until the Great Chicago Fire of 1871 sets off a financial conflagration that sweeps across the country to incinerate insurers and turn seemingly unrelated investments, such as his cherished streetcar lines, to ash. Talk about a black swan! Who could have foreseen such a chain of events? Perhaps there are reasons to use leverage with care even when no dangers are visible on the horizon.

Just as Martha Stewart would later bounce back from incarceration, so too will Frank Cowperwood.

But Cowperwood’s woes also spring from within. By allowing his expensive tastes to get out of hand, he can’t rest on mere affluence when a vast fortune seems within reach. And of course his ever-expanding spending helps him rationalize excessive risk-taking, not to mention unsavory actions. Dreiser shows us that transgression is a slippery slope, and rich, well-connected men like Cowperwood come to think the normal rules don’t apply to them. Like Dostoyevsky’s Raskolnikov, or some high-level executives recently felled by their propensity for sexual harassment, Cowperwood is all too ready to cut himself some special moral slack. The result is that he gets up to no good any time it suits him.

Yet Cowperwood is hardly the only Philadelphian of his time who is morally compromised. On the contrary, Dreiser portrays government officials as hopelessly corrupt and just as prone to put self-interest first as are Cowperwood and his fellow businessmen. In fact, Dreiser makes plain, when the chips are down people always put self-interest first. That’s what happens when news of the great fire reaches Philadelphia. To survive the inevitable panic, Cowperwood needs help, and tries to persuade the city’s movers and shakers it’s in their interest to provide it. But they see only that the confident young man who was once such a polished predator has now become prey.

Finally, and contra F. Scott Fitzgerald’s later assertion that “there are no second acts in American lives,” Dreiser shows that there are indeed. Just as Martha Stewart would later bounce back from incarceration, so too will Frank Cowperwood. He’ll achieve astonishing success even as he continues to prove inadequate to the central challenge of his life, which is finding some moral footing in a fallen world full of flawed human beings.

Dreiser, to his everlasting credit, is always unwilling to judge these poor souls, and we could do worse than to emulate him in this. Maybe that’s the most important of The Financier’s lessons, whether you’re in business or not.