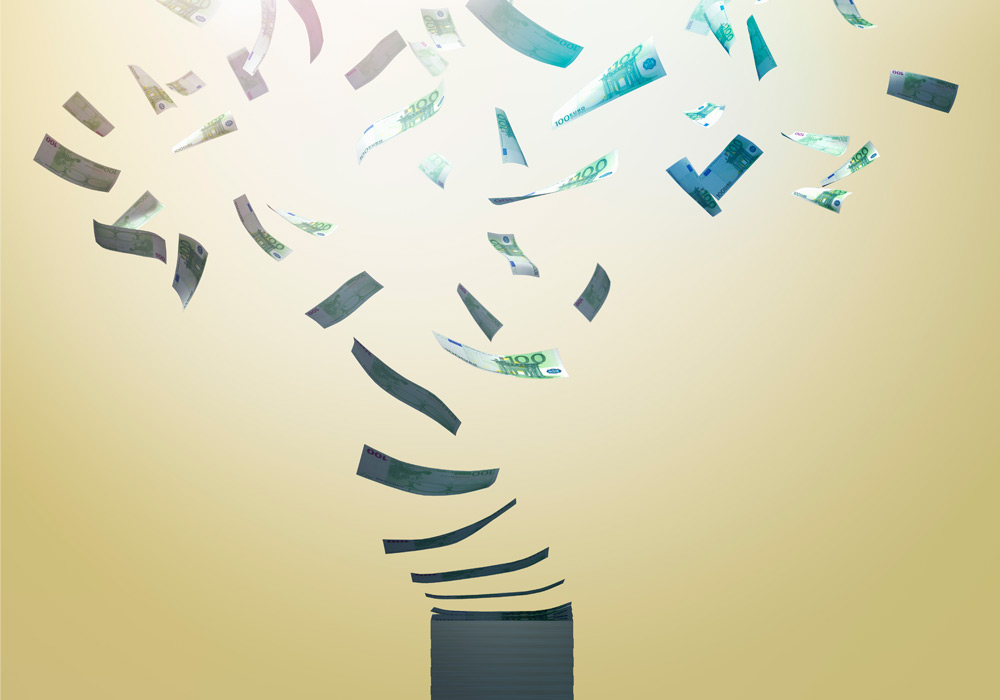 Thirty years ago, as a young reporter in Los Angeles, I wrote about the rise and fall of a teenager named Barry Minkow, who’d built a carpet-cleaning shell business into a public company with a market capitalization exceeding US$200 million. That’s nearly half a billion dollars in today’s money.

Minkow’s brazen fraud sounds stranger than fiction — but it’s not, because in 1975, William Gaddis published a much lauded (though little read) novel with a story just as strange. The tale revolves around a fictional 11-year-old tycoon by the name of J.R. Vansant, whose jerry-built business empire collapses on most of the other characters.

J R, as the book was called, won the National Book Award and helped establish its author, in the minds of the cognoscenti at least, as one of America’s most important 20th-century novelists. But it was hardly a runaway success. Gaddis spent the better part of two decades on the book, allowing for various corporate writing gigs to pay the bills. Soon after it appeared, he toted up his debts. They came to $96,000, or nearly $500,000 today, not counting looming tuition and dental bills. He was 53.

J R has probably inspired more than one doctoral dissertation, and any comprehensive catalog of its many sources and themes (Entropy! Impersonation! Wagner!) could fill a book as thick as the original, which runs to 726 pages. But J R is of interest here for the simple reason that it is the greatest satire of business ever penned. Read with the perspective of time, moreover, it is a work of almost spooky prescience, sketching out a cartoon version of the world that to today’s readers will seem more an example of photorealism than caricature.

Young Vansant, who at one point complains of being sued for “erotic management” at the helm of a “limited reliability” corporation, can’t help but remind us of present-day youthful empire builders who violate norms in their headlong pursuit of growth. Even more suggestive of our own time is the bewildering cacophony of Gaddis’s fictional universe, dominated by the telephone, the spinmeisters, and the press. Written almost entirely in dialogue, J R unfolds in an unending stream of talk that can sometimes flummox readers unable to follow who’s speaking or what is being discussed. But it’s a vivid precursor to the inescapable technological mashup of language and sources on the Internet, the constant distractions of email, and the incessant chatter of social media.

J R’s world may also seem familiar (depending on your point of view), because it’s one in which financialization has run amok, enabling mysterious but inexorable forces to trample nature and overturn settled relations. The book’s very landscape is littered with the detritus of enterprise, as maimed trees are disfigured by “the shrieks of saws and limbs dangling in unanesthetized aerial surgery.” Vansant’s amoral asset shuffling devastates a company town in upstate New York, enrages an abused band of Native Americans and, of central importance for the novel, sucks in a young composer who is needed to stand in for him.

J R’s world may seem familiar (depending on your point of view), because it’s one in which financialization has run amok.

Technology is a vehicle for Gaddis’s comic dystopia; at one point, foreshadowing today’s notions about carbon sequestration, Vansant’s undertakings include a surreal technology for freezing sound so that noise can be safely interred out of earshot (and symphonies defrosted on demand). Another example: The chaotic and largely custodial school that Vansant attends experiments — disastrously — with televised lessons. Eventually the precocious financier simply takes over the place and runs it as if it were a private prison.

As you may have sensed by now, the Byzantine plot defies easy summary. Gaddis actually spins his tale out of several interwoven subplots, including a pair of parallel family business stories and a seeming cast of thousands. His savage wit and vast learning are in continuous evidence, yet even the belly laughs, of which there are many, seem buoyed on a sea of despair.

The obsidian humor is not for the faint of heart, or perhaps even the appropriately sensitive. If you’re reading the book on the Long Island Rail Road, where important disclosures in the story periodically emerge as the characters shuttle to and from New York City, be sure to stay out of the quiet car, because parts of this book will have you laughing out loud. (The particular suburban location isn’t specified, but Gaddis has said elsewhere that he “wrote J R in revenge against Massapequa.”)

Although it’s not an easy read, J R’s reputation for difficulty is overblown, even if the book does lack section or even chapter breaks. Except for a couple of numbing longueurs, it should pose no problems for sophisticated business readers, who will have far more success understanding the novel’s complex financial machinations than I did. And no reader should be shy about using the guide to characters, scenes, and references offered at williamgaddis.org.

What can business leaders learn from such a book? Many lessons can be mined from Gaddis’s obsessions, which here include fatherlessness, automation, the law, environmental spoliation, the debasement of language, the difficulty of communication, and, most of all, the vertiginous complexity of modern life. If you are in business, you might do well to ruminate a bit over the very same things.

Perhaps the most illuminating dimension of J R, for our purposes, is its focus on failure. The problem of failure, one of the author’s principal concerns, is embodied by five characters, all men, who are stymied in their hopes of creating art by their inability to disentangle themselves from the world’s sticky web. Other characters fail too, but these guys, to themselves at least, are ennobled by the things at which they haven’t succeeded. “The only bad failure’s at something you knew wasn’t worth doing in the first place,” says one of the book’s more likable characters, who makes the mistake of falling in love with one of these dudes. “Isn’t it?”

True enough, but the biggest failure of these fellows, or at least of the three who figure prominently, is that they can’t seem to grow up. They are overgrown adolescents, mucking things up as effectively as Vansant does, except with more whining and less tenacity. Maestros of self-pity, connoisseurs of self-destruction, their real art is blaming their troubles on women, of whom their understanding appears to be minimal.

Thankfully, Gaddis is wise to the more serious faults of his creations. Toward the end, one of them encounters a truck painted with the image of five dwarfs and the motto: “None of us grew but the business.” That might well seem a suitable epigraph for the book, because it’s hard not to read J R as a scathing critique of capitalism. Yet it’s important not to overlook the profoundly conservative nature of this critique, with its emphasis on the paradise lost in the democratization of prosperity. “I’m a bit old-fashioned,” one character says, echoing one of the tortured writers, “but I put it all down to the decline from status to contract.”

Perhaps that’s the book’s ultimate lesson. It derives from the British legal scholar Henry Sumner Maine, who described the shift in modern societies from who you are (status) to what you’ll agree to (contract). The sociologist Ferdinand Tönnies made a similar observation with his distinction between two types of social groupings: Gemeinschaft (based on community and solidarity) and Gesellschaft (based on society and self-interest). Gaddis is telling us there is quite a fall in this transition.

But surely there is also liberation: from stifling parochialism, from poverty, or from worse. The challenge, as affluence and mobility grow, will be to recover some of what has been lost along the way by rebuilding a sense of community. It’s a huge opportunity, one large enough — and worthy enough — that business leaders ought to risk failing at it.