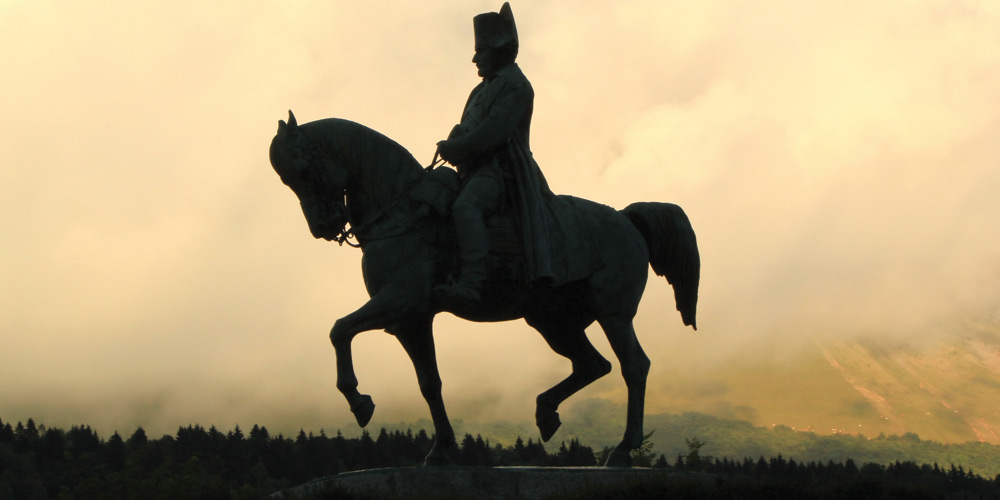 Leadership in War: Essential Lessons from Those Who Made History

Business is not war, thank God, though it is too often compared to it. Yet people working in every arena, including the C-suite, can learn valuable lessons from those who lead when the stakes are inevitably highest. 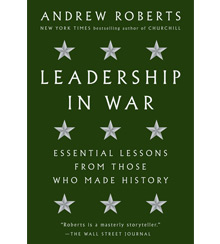 Perhaps the most valuable thing to be gained from wartime leaders is perspective; if you think your job is stressful, imagine being responsible for the D-Day landings or serving as a general under Stalin’s murderous supervision. Such illuminating experiences are presented in easily digestible form in Andrew Roberts’s new book, Leadership in War, a collection of nine portraits of wartime leaders, from Napoleon Bonaparte to Margaret Thatcher.

These portrayals were originally delivered as lectures by Roberts, a prolific historian of World War II and biographer of Napoleon and Churchill. The profiles of Napoleon and Dwight D. Eisenhower are the most salient for business readers, but it is not difficult to find insight in nearly all of them. The author helps us along by means of a concluding chapter called “The Leadership Paradigm,” in which he explicitly draws lessons.

Napoleon’s career encapsulates many of these. As a youth in prerevolutionary France, the future general and dictator was a voracious reader, and in adulthood became an adherent of meritocracy, as every effective leader must be. He was also a brilliant proto-psychologist who understood his troops. “Napoleon genuinely liked spending time with his men,” the author points out. In keeping with his French army after the Revolution, he “had an almost democratic openness that endeared him to them.”

He created the Legion of Honor, France’s highest order of distinction, to reward both soldiers and civilians, “which underlined his belief that honor was the primary sentiment that motivated at least the former.” He also understood the power of regimental pride, and the kind of language that moved people, professing: “One must speak to the soul, it is the only way to electrify men.”

Napoleon was no saint, of course. But he made a point of ensuring that his troops were well fed and supplied, in particular with good shoes. And he impressed everyone by remembering the faces and names of individuals he knew only from past battles. (A good memory seems to be another quality of good leadership. Winston Churchill’s was honed on English poetry.) Napoleon constantly questioned his rank-and-file soldiers, both to gain information and to make it clear that he cared. His guiding principle, one that could serve the CEO of any corporation today, was “severe to the officers, kindly to the men.”

Waging war is immensely complex, especially when doing so at the head of an enormous traveling army. There is simply a great deal to manage. Napoleon, like most of the other wartime leaders profiled here, had a huge capacity for work and managed his time aggressively, limiting himself to half an hour over meals and having newspapers read aloud during his ablutions. But he evidently knew that multitasking isn’t effective. “Different subjects and different affairs are arranged in my head as in a cupboard,” he once said. “When I wish to interrupt one train of thought, I shut that drawer and open another.”

As should be clear from Napoleon’s continual solicitude for his men, leading any great enterprise is a political as well as a strategic endeavor. Leaders have to inspire a dedication not just to the mission but to themselves, for without support, few can survive. Like Napoleon, Eisenhower had superb political instincts that were crucial in this capacity. The slogan “I like Ike” reflected the reality that, well, people liked him, and this was reflected in his meteoric rise despite his lack of combat command experience.

Along with his mentor George Marshall, the U.S. Army chief of staff, Eisenhower managed to keep the fractious Allied coalition and its egotistical generals working in concert long enough to win World War II by treating all parties with patience and respect. Also like Marshall, he had magnificent self-command. “He was outwardly calm in every crisis,” Roberts reports.

This is not to say he was unaffected by the pressures of his role as the supreme commander of the troops invading France. On the contrary, like today’s business leaders, “Eisenhower knew he was expendable if he did not perform well.” In June 1944, when it was time to decide whether to take advantage of a disputed opening forecast in the weather and hit the beaches of Normandy, Eisenhower was smoking four packs of cigarettes a day. The following month his blood pressure was a hypertensive 176 over 110.

In June 1944, when it was time to decide whether to take advantage of a disputed opening forecast in the weather and hit the beaches of Normandy, Eisenhower was smoking four packs of cigarettes a day.

One reason people liked and admired Eisenhower was his willingness to take responsibility. Before the D-Day assault, he wrote out a communiqué to be issued in case the invasion failed: “The troops, the air and the navy did all that bravery and devotion to duty can do. If blame attaches to the attempt, it is mine alone.” He never had to use it.

Eisenhower knew that in any great enterprise, preparation is necessary but far from sufficient, because reality is complex and unpredictable. “Plans are worthless,” he acknowledged, even while defending the process that produces them by adding that “planning is everything.” Training, a form of planning, “was the watchword of both Marshall and Eisenhower, who struck precisely the right balance between eliminating slackness and allowing their generals to retain initiative.”

There is more. From Winston Churchill, British vice-admiral Horatio Nelson, and French resistance leader and president Charles de Gaulle, we witness personal courage, displays of which are always good for the troops. In Marshall and Churchill, we see the value of broad experience, which helped prepare them for the staggering breadth of skills and qualities that would later be required of them — including strategic thinking, a willingness to fire friends, the ability to channel aggression, a knack for building organizations, and a capacity to inspire others to risk their lives.

No matter what these people were doing, as business leaders well know, they were also managing others. Be glad that, if it seems you are doing so under fire, the ammunition is only metaphorical.