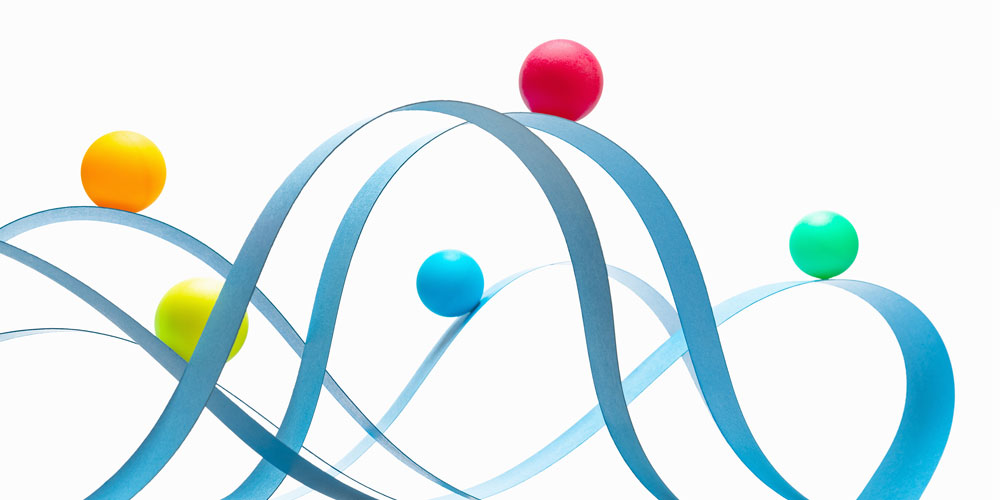 In an era when the pace of technological disruption is rapidly transforming industries — think of streaming services challenging cable, ride-sharing apps versus taxicabs, or electric versus hybrid cars — both incumbents and new entrants must predict how consumers will respond to innovative offerings. Most predictive models, however, fail to account for the reality that the market doesn’t change overnight.

For example, for some time after DVD players hit the market, the decline in VCRs’ market penetration was relatively minor; many customers held on to both technologies before fully committing to DVD players. A variation on this pattern may happen with hybrid and electric cars, even as all-electric Tesla has overtaken hybrid pioneer Toyota in stock market value.

The authors of a recently published study set out to provide a more realistic picture of technological disruption by constructing a model that takes into account the rate at which consumers disengage with an old technology when offered something new. Previous research showed that incumbent companies typically wait until a novel technology has enough mass appeal to turn a profit before investing in it. But this finding considers only the market, not consumer behavior. The study suggests that senior managers in product development at established firms should be alert to novel technologies but not necessarily alter their investment strategies right away: New tech gets taken up at different rates by different types of consumers. Indeed, the authors found that the crucial factor is understanding how these types of consumers are likely to respond to the disrupting technology.

The research slices the market into four segments of consumers that can make or break new technology: Leapfroggers adopt the technology but would not have used the older version, perhaps because it was too expensive or otherwise not available to them, so they essentially create a market for the product that hadn’t previously existed. This group is particularly visible in developing countries. Switchers represent mainstream consumers, who adopt the successive technology only when it improves sufficiently over the older model. They cannibalize existing markets, and are thus feared by incumbents. Opportunists would have used the older technology but wait until the new version comes along. And dual users keep utilizing both technologies.

The authors verified their model using market penetration rates over time of seven pairs of technology across 105 countries: landlines and mobile phones, dial-up internet and broadband, black-and-white and color TVs, VCR and DVD players, DVD and Blu-ray players, desktop computers and laptops, and laptops and tablets. They then confirmed the model’s robustness using 27 years of sales data from 40 countries on three technology pairs (laptops and tablets, DVD and Blu-ray players, and digital cameras and smartphones).

Using Recording Industry Association of America data on CD sales from 1983 to 2018, the authors’ model shows that after the introduction of digital music files in 2003, switchers were the dominant type of consumer almost immediately. Dual users dwindled away by the fifth year, despite some analyst forecasts that older consumers would always stick with CDs and music stores would survive.

The model’s analysis of U.S. sales data on laptops and tablets showed that leapfroggers were the biggest consumer segment out of the gate — meaning a lot of people who wouldn’t have bought a laptop PC bought an iPad. Apple benefited from creating an entirely new base of early adopters. Over the span of the first decade, however, switchers were more numerous than dual users, and then dual users began dominating. This analysis justifies Hewlett-Packard’s decision, the authors argue, to stick with laptops in the long run despite the initially bleak outlook.

Or take the rise of ride-sharing services. The model’s analysis of daily trips in New York City showed that the mainstream switchers were mostly responsible for the defection from yellow cabs and the corresponding plunge in the value of taxi permits, but leapfroggers were also significant contributors. This jibes with anecdotal stories of ride-sharing apps succeeding because they served passengers who didn’t previously have access to taxicabs, the authors note, such as geographically remote or low-income customers.

Disruption is not necessarily the crisis it’s frequently considered to be for incumbents, the researchers stress. Two technologies can often coexist in the marketplace for a significant period. Thus, it’s important for incumbent companies not to overreact. They should target dual users and reexamine the factors that have led to the old technology sticking around for so long.

Disruption is not necessarily the crisis it’s frequently considered to be for incumbents, the researchers stress. Two technologies can often coexist in the marketplace for a significant period.

Of course, the profit implications of cannibalization of the old technology and leapfrogging depend on which type of firm is trumpeting the new technology. New entrants will always stand to gain when they introduce a technology that takes off. But incumbents rolling out a successive technology will also gain if their competitors would have introduced it anyway or if the 2.0 version has a higher profit margin than the original. The authors write, “Leapfroggers are an opportunity loss for incumbents, but switchers are a real loss.”

Regardless of the predictive model they use, marketers should strive to understand how the various consumer segments identified in this study will grow or shrink over time and use that information in their forecasts of early sales or market penetration of successive technologies.