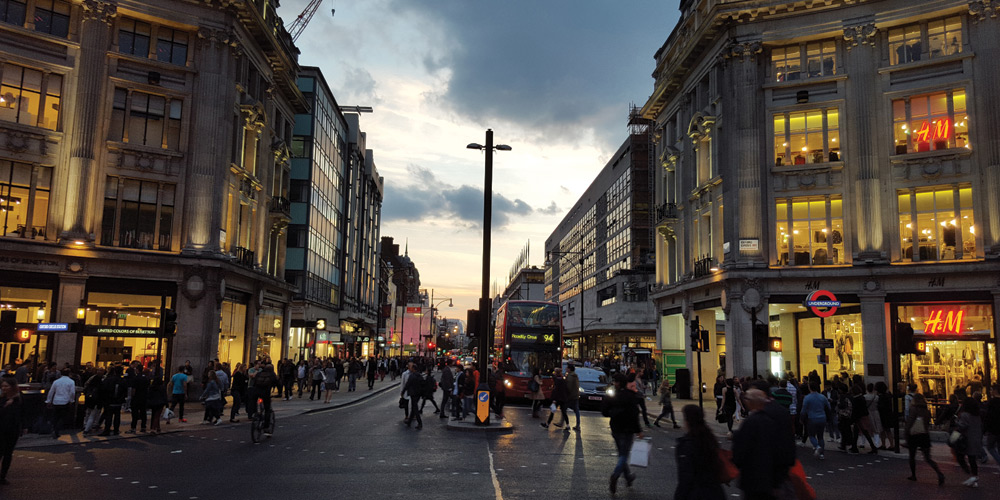 It’s never been more important to know who your customers are and understand how they shop. If you’re an Internet-based company, getting insights is relatively easy — shoppers’ digital activity tells you a lot of what you need to know. But if you have physical stores, you could be at a disadvantage because you probably don’t have a lot of information about your in-person clientele. Here’s the challenge: How can you access data about in-store customers that’s just as insightful as data about online customers?

This is exactly what London’s New West End Company is trying to figure out. The organization, which represents more than 600 hotels, restaurants, and shops around Bond Street, Oxford Street, and Regent Street in London, wants to make the district the world leader in retail and leisure destinations. To do this, it needs to find ways to attract more people to the area and persuade them to stay longer and spend more. But success — for New West End Company’s member businesses and others like them around the world — rests on using and analyzing the right sort of data, and doing so in a compliant and noninvasive way, to make informed decisions that drive tangible benefits.

The phenomenal rise of online shopping has contributed to today’s undeniably tough environment for traditional “high street” stores — those in primary business or shopping areas. A recent PwC report notes that 2,481 high street stores in Britain closed in 2018. Yet people still love to go shopping. PwC’s 2019 Global Consumer Insights Survey shows that people buy products in-store about twice as often as they do on PCs, tablets, or smartphones. And more than 200 million people visit the West End every year, spending about US$10.5 billion as they go. 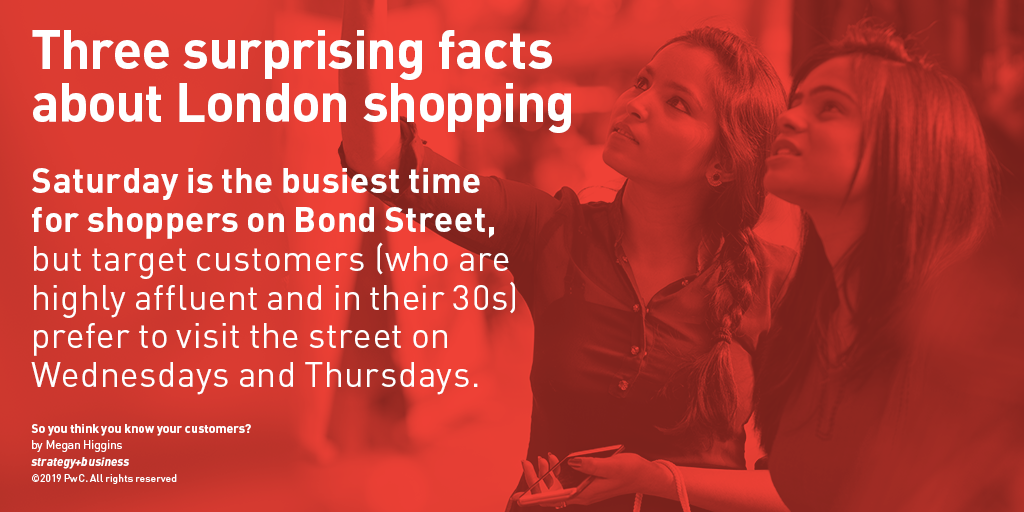 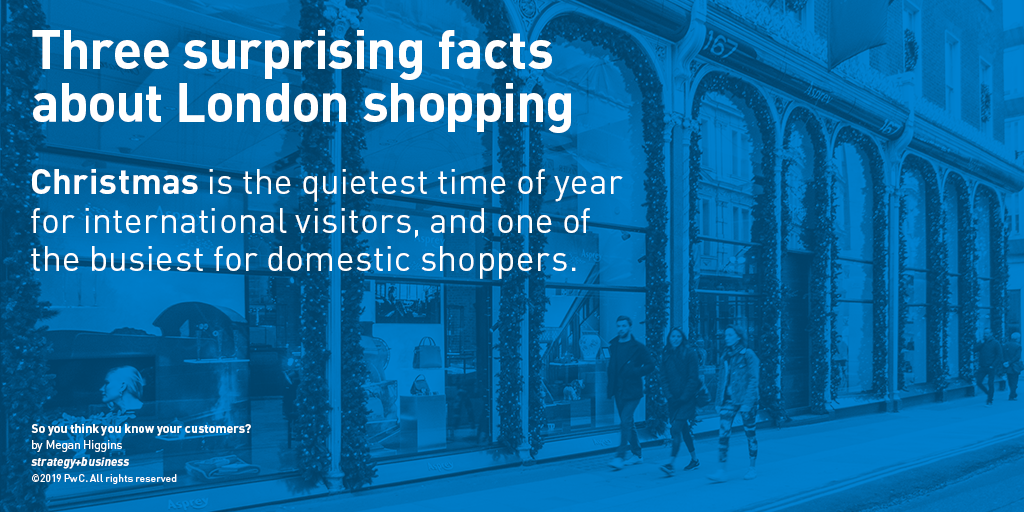 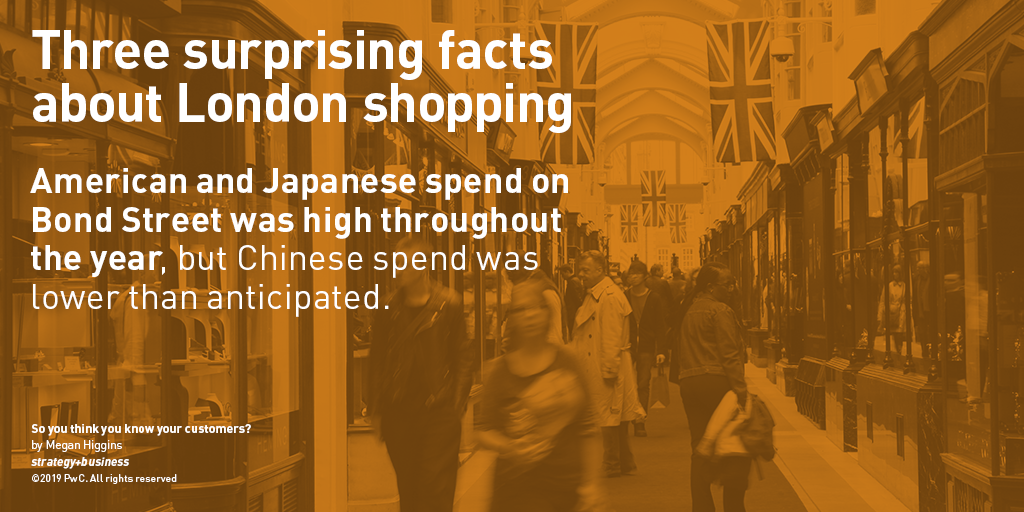 Physical retailers already gather some information about their customers — mostly footfall and some spending data — but it’s often flawed, misleading, or incomplete. For example, on-street surveys of shoppers tend to be subjective, and sample sizes are often small. Retailers also collect data from tax-free shopping refunds, and although this data is valuable and better than nothing, it’s also limited. It doesn’t capture spending from E.U. citizens, because they’re not eligible for tax refunds, and many customers don’t meet the tax-free threshold for spending. It also misses cultural differences that affect the data — people from certain countries tend not to use the refund program.

Most importantly, these data points miss the detail on the important things: Who are your shoppers? Where have they come from? Which brands do they like? What languages do they speak? How long did they spend in your store or in the shopping area? What else did they do while they were there? You need to know what customers really do, not what they say they do or what you believe they do. To get a more accurate picture, you’ll need far more comprehensive data that’s both qualitative and quantitative.

You need to know what customers really do, not what they say they do or what you believe they do. To get a more accurate picture, you’ll need far more comprehensive data.

Retailers and consumer-facing businesses around the world can learn from what New West End Company is doing. It started developing its insights with a pilot on Bond Street to pull together relevant, quantitative data sets, which uncovered a much fuller picture of spending and visitation in the shopping district than single-shop information would have allowed. The starting point was to gather all of the anonymized financial and footfall data it already had and that was provided by the stores in the area, making sure it was compliant with the Global Data Protection Regulation (GDPR). The next stage was to aggregate that data with other relevant information that would reveal more about visitors to the West End, such as data — again, all anonymized and strictly compliant with GDPR — from mobile phone providers, Transport for London, global flight bookings, and other sources. Analyzing this data from New West End Company allowed data scientists to quickly — within two weeks — piece together a much more complete idea than they had before of who the shoppers visiting the West End were and how they traveled to the area.

The results, which were compiled in 2017, were a huge surprise, even for seasoned retailers. For example:

This sort of information is enormously valuable for retailers and advertisers. If you can see where your customers are from, you know which languages your sales staff should be able to speak. You might also be able to find out, as New West End Company did, that a small number of visitors from specific countries are spending large amounts of money. If you learn that most shoppers at Christmas will be from the U.K., you can target your marketing, incentives, and promotions accordingly. And if you know how your customers travel to and from the district and which airports and transit stations they use, you can better target advertising, and perhaps even think of ways to make those customers’ journey a bit easier. You might discover other actionable insights, too. For instance, you might choose to offer different products or size curves in-store based on when international shoppers are coming to London.

Advanced machine learning techniques can also drive insights from data, test scenarios, and different inputs. For example, the West End analysis showed that the area could generate US$45.9 million in extra revenue by extending opening hours later into the evening. Phase two of New West End Company’s full insights program, which covers all 74 streets in the shopping area, has begun, and findings will be ready later this year.

Using data to better understand people in certain shopping areas in order to make better choices about how best to serve them isn’t limited to the retail sector. This approach can be applied anywhere in the world and to a wide range of situations. For example, by collecting and understanding this sort of data, a city could better plan where to build a new hospital or train station. And predictive analytics could be used to drive improvements in civic services in the era of smart cities.

Data projects like these highlight the importance of cooperation and collaboration in the digital world. Other organizations probably have data that is useful to you, and your organization has data that might be useful to others, too. By combining your existing data with new information from outside sources, and then being smart and creative about how you analyze all of it, you’ll get the best understanding of your customers. And armed with better information, you’ll be able to transform your data into decisions.

The demo on pwc.co.uk/new-west-end was built for demo purposes only and based off of real data, not conclusive evidence or forecasting. All figures have been rounded up. 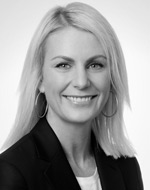 Megan Higgins is a director of customer and retail analytics with PwC UK. Megan applies her expertise in retail to helping solve clients’ important problems.

It’s an ad, ad, ad, ad world
Some striking data in the latest edition of PwC’s Global Entertainment & Media Outlook explodes the notion that the advertising business is in decline.
by Daniel Gross
Digital issue

Uncover the hidden levers of power

The brand new digital issue of strategy+business reveals three data-backed performance-drivers that too many leaders overlook: trust, dynamic resource allocation and strategic coherence.
Get s+b's award-winning newsletter delivered to your inbox. Sign up No, thanks