It’s tough to attract and retain great employees — at any level and of any age. With unemployment low, skilled employees often have their pick of positions. The combined effects of digitization and pervasive social networking equip potential employees with insights into an organization’s inner workings  before they even apply. Many websites and blogs, such as Glassdoor and Vault, publish unvarnished, anonymous insights on the nature of a company’s work, as well as its policies, benefits, and culture. Certain industries and specific firms are able to dominate the war for talent, easily snapping up the best and brightest. But even at those golden firms, keeping high-potential employees is increasingly difficult.

The challenge is particularly acute when it comes to finding and keeping the cohort that has become the largest component of the workforce: millennials. According to the Pew Research Center, there are 53.5 million people in the U.S.  who were born between 1981 and 1997. And they arrive at the office with a specific set of attributes and goals. They expect to glide up the corporate ladder, place a higher priority on engaging in fulfilling work, and have significantly shorter attention spans than employees of prior generations. If and when it becomes apparent to a millennial that one of these expectations will not be met, she is quick to look elsewhere. According to the Bureau of Labor Statistics, in 2014, the median tenure for workers age 25 to 34 years in the U.S. was just over three years. In his book The First 90 Days, Michael D. Watkins, a professor at IMD in Lausanne, Switzerland, argues that companies don’t start to make money on new employees until after they’ve been employed for 6.2 months. That leaves less than 2.5 years, on average, to get the best out of millennial hires.

According to the Bureau of Labor Statistics, in 2014, the median tenure for workers age 25 to 34 years in the U.S. was just over three years.

Companies are addressing these issues by rethinking their recruiting and people strategies, both by offering rotational programs to appeal to highly qualified candidates and by boosting pay and offering an impressive array of perks. But there is a far simpler and more pragmatic solution that individual managers can try that may have more success than bonuses and free snacks. It’s all about teams.

Working as a team is a concept that is much used but rarely defined. Here’s a useful definition: As depicted in the exhibit below, a “performing team” is a group of people that typically have a common purpose and have clear performance goals, mutual accountability, complementary skills, and, importantly, shared leadership roles. The highest-performing teams also adjust their teaming models depending on the situation, have a strong emotional commitment to the team’s purpose, and are invested in one another’s success.

Focusing on the following three attributes of effective teaming can help companies appeal to younger workers:

Millennials have an abundance of talent to offer organizations as they move through the ranks in the workforce. They are capable, technologically savvy, and have the desire to derive significant meaning from their work. Managers must play a key role in harnessing and directing that energy — and a deliberate, fit-for-purpose teaming environment can be a powerful tool. Companies that embed this way of working into the teams in their organization will attract new talent and create an environment in which the most promising employees want to make meaningful contributions. In time, they also will drive better business outcomes. 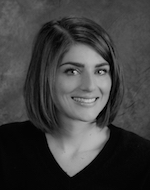