As s+b marks 20 years of publication, we are looking back (and forward) to reflect on the themes, people, and ideas that have animated two decades of original thinking. This is the second in a series of blog posts.

There is no substitute for being there. That’s a truism that spans the distance from the crime beat to war correspondence to the literature of management. Which explains why the case studies in strategy+business have always been reported stories about real companies, based on numerous on-site interviews, rather than the classic hypotheticals used at business schools.

“HBR made them up, and I always thought you could get a better result if you showed how people in real life handled a real problem,” says Joel Kurtzman, who spent several years as the editor of the Harvard Business Review before creating s+b in 1995.

Kurtzman had also been an editor at the New York Times, and many of us on the original masthead hailed from newspapers, myself from the Times, and others from the Economist, the Financial Times, and the Wall Street Journal. Hypotheticals just weren’t in our mind-set.

This is not to denigrate the classic Harvard case study, which has proven its immense value as a pedagogical tool over the decades. But the people who created, built, and run s+b have never seen MBA students as the primary audience. We have aimed our prose squarely at the denizens of the C-suite, their direct reports, and their board members. And these readers were generally not well served by the company profiles in the mainstream business press, which were too often the product of a quick interview with the chief executive, some telling anecdotes, and a few calls to securities analysts. They deserved, and we wanted to provide, something deeper. Theory matters, of course. But it is vital to understand the context, the dilemmas, the decision-making process, and the real-world impacts of the transformation of strategy into practice.

The idea was to get up close, by talking to people, visiting factories and offices, delving into the stories behind the numbers. Our case studies are not adversarial, but they are investigative. When reporting them (I have done at least 16 over the past 20 years), I always talk to employees up and down the hierarchy, customers, competitors, and shareholders. Each case has been a learning experience that could be obtained only by being on the ground.

One of my early, and still favorite, pieces was “How to Manage Creative People: The Case of Industrial Light and Magic” (published in 1997), about the privately held special effects shop spun out of George Lucas’s film-making empire on the heels of the original Star Wars trilogy. ILM was the first branded effects purveyor, and widely considered the best. But as special effects came to play a greater role in many more films, competitors like Sony and Disney lured ILM artists with huge salary gains. Programmers were tempted by fat equity offers from Silicon Valley.

To retain crucial talent while remaining profitable, I learned, ILM offered senior employees long-term contracts — a rarity in the effects business — and worked to create an environment in which people know they have unlimited upward mobility. Many companies talk about a flat structure; at ILM I saw junior staff working side by side with multiple Academy Award–winner Dennis Muren. ILM also put people in production roles that led to screen credits, often very early in their careers. ILM’s solution was more about people than technology, or even art, and it worked.

Many companies talk about a flat structure; at ILM I saw junior staff working side by side with multiple Academy Award—winner Dennis Muren.

Real cases put flesh and bones on what are otherwise empty business buzzwords. INSEAD professor Yves Doz coined the term “metanational” to describe a large, entrepreneurial multinational that is able to tap into hidden pockets of innovation, technology, and market knowledge scattered around the world. He tagged ST Microelectronics as its embodiment. ST, an unlikely success story born of two failing state-owned chip companies, built its new business on a series of strategic alliances with global market leaders of the day, including Nokia in cell phones and Seagate in disk drives, but also tapped into technical expertise across its far-flung manufacturing base.

To capture ST’s metanational character, in 2002 I traveled to Milan, Geneva, and Paris, and caught a glimpse of how some very different cultures and national characters had been melded into a coherent whole. In retrospect, I also should have visited their facilities in Morocco, Malaysia, and India (but then, as now, s+b didn’t have an unlimited travel budget). In any case, it was clear that ST was a very different animal from the Silicon Valley semiconductor giants I had covered for the Times. “ST really benefited from being born in the wrong place,’’ Professor Doz told me. “Lacking the depth of local technologies and market understanding around its birthplaces in France and Italy, ST had to source a great deal of specialist knowledge from outside its home.”

“Strategy-based transformation” is a buzz phrase that was born inside Booz Allen Hamilton, the predecessor of Strategy& (PwC’s strategy consulting business), and the original publisher of s+b. I never knew exactly what that meant until John Thompson, then chairman, president, and chief executive of the Symantec Corporation, described that company’s fraught turnaround at Booz Allen’s 2002 CEO Summit in Pebble Beach. An IBM veteran recruited to “fix” the software company, Thompson had promised 20 percent revenue growth, only to deliver, in his fifth quarter with the company, something closer to a flat line. Wall Street erased 38 percent of the firm’s value in a day.

Thompson responded with an audacious plan to take the company upmarket from its base in personal computer software, like the popular Norton antivirus programs, to enterprise security solutions. But even as Symantec’s leadership team went about building and buying new capabilities, a series of market disruptions again slashed its top line. How Symantec recovered and ultimately delivered on Thompson’s billion-dollar promise is a lesson in the realities of corporate transformations. As our article, later anthologized in A Casebook for Corporate Renewal (University of Michigan, 2004) showed, success came only through a lot of pit and shovel work, a mix of big bets and small acquisitions.

More recently, Strategy& has pioneered a concept called the “capabilities-driven strategy,” which holds that a company's right to win in any market depends not just on external market positioning and not just on internal capabilities, but on a coherent strategy that aligns these factors at every level. In 2013, I found the perfect poster child for this approach in AeroVironment Inc., a little-known company that is actually the world market-share leader in two seemingly unrelated technologies: unmanned aircraft, commonly known as drones, and charging systems for electric vehicles.

AeroVironment was born of the late Paul B. MacCready’s record-breaking efforts in human-powered flight, like the Gossamer Albatross, which crossed the English Chanel in 1979. When I visited its southern California headquarters in 2013, I found the company still populated by engineers proudly wearing caps from the A.M.A., which in this case stands for the Academy of Model Aeronautics. They were only too happy to demonstrate the Nano, a drone with the size and shape of a hummingbird that could hover in place and fly a tiny camera from room to room.

But behind the fun, it turned out, was a company with remarkable capabilities in rapid prototyping and an outsize appetite for the kind of technological risk that goes with being a first mover in a new field. That’s how a small outfit manages to sell more drones to the U.S. military than Lockheed Martin, Boeing, or Northrop Grumman.

Early in my career, I worked the crime beat just long enough to know I didn’t want to do that, and I never wanted to visit a war zone. But covering the enterprise zone, a place where human ambition, commerce, and conflict combine in fluid and unpredictable ways has been consistently rewarding and, yes, fun. Real people in real life tackling real problems are endlessly fascinating. 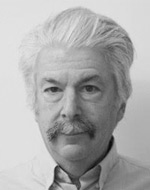 Lawrence M. Fisher is a contributing editor to strategy+business. He covered business and technology for the New York Times from 1985 to 2000, and his work has also appeared in Fortune, Forbes, Business 2.0, and Briefings on Talent & Leadership. He lives near Seattle.