Strategy& executive advisor David Branson also contributed to this article, which is adapted from the report “Sail, not rail: Dynamic, capabilities-driven strategies for oil and gas companies.”

The oil industry, like the consumer products and aerospace and defense industries before it, has hit a tipping point. The dramatic fall in oil prices in late 2014 caught much of the industry by surprise and threatened the commercial viability of many existing oil plays. Naturally, the attention of the industry and the media is focused there. But the more significant story is not the decline, but the volatility, of prices. Prices may go up or down in the future, but volatility is here to stay.

Indeed, the general outlook has never been so uncertain—for national and international producers, state-owned and privately held companies, “majors” and “minnows” alike. Political conflicts continue to escalate in oil-producing regions; the effect on the industry of climate change (and resulting regulations) remains unknown. The slowdown in economic growth among emerging economies has led to a hiccup in energy demand, with no clear indication of how long that slump will last. Another major factor is rapid innovation in hydraulic fracturing and other technologies. This has not just reduced the cost of unconventional oil and gas plays, but it has led to oscillating returns on investment in new fields. The broadening array of operating environments, from these unconventional plays to mature fields to ultra-deepwater exploration, is challenging the traditional portfolio strategies of many oil and gas companies. No single company, not even the integrated majors like ExxonMobil, Shell, and BP, has the technical, operational and commercial capabilities to succeed in all the new oil and gas operating environments.

No single company has the capabilities to succeed in all the new oil and gas operating environments.

No one knows what will happen next, so the market now places a premium on the one thing it can count on: the ability of companies to shape their destiny. The winning oil and gas companies are no longer those with global scale or those that own the most assets. The winners know they cannot afford to try to do everything. Instead, they focus on a distinctive value proposition, invest in the capabilities they need to deliver it, and build their identity and business model accordingly.

Occidental Petroleum Corporation, for example, exploits its expertise in mature field operations and enhanced oil recovery to become a partner of choice for asset holders in the Middle East. Apache Corporation specializes in maximizing production and value from underexploited fields, through cost management, infill drilling, and nearfield exploration. Petroleum Development Oman distinguishes itself through proficiency in enhanced oil recovery, aligned to the requirements of its maturing portfolio.

Meanwhile, large and diverse oil companies are divesting or spinning out the businesses that don’t fit with their core capabilities systems. In 2014, both ExxonMobil and BP announced that they would separate unconventional shale operations from their traditional operations. ConocoPhillips, Marathon, Murphy Oil, and Total separated their upstream (exploration and production) and downstream (refining and retail) operations.

This type of focus, though visibly successful, is difficult to accomplish. Few management teams are prepared to orient their portfolio around what they do best. The difficulties are exacerbated by growing shortages of skilled personnel—an ironic consequence of the previous 20 years, when there were so many petroleum engineering graduates for the jobs available that the field of study became unpopular. Moreover, the volatility itself seems at first glance to argue against focusing on a single value proposition. If the world changes rapidly, wouldn’t it make sense to remain as widely diversified as possible?

In practice, however, focus can add flexibility. If your company is clear on its strategy, you can adjust investments to adapt to changing conditions, like an expert sailor who sticks to a single course but responds rapidly to changes in the prevailing wind and water conditions. If you remain caught in the best practices of the past—defining a path and rigidly executing it in a stage-gated way—your assumptions will not hold true; the prevailing winds will not take you where you want to go. The answer is not to follow every opportunity, but to pick a direction where your capabilities give you confidence. Keep sensing the market, continuously calibrating your awareness of outside forces, and adjusting your activity as needed.

For example, some companies take small stakes in emerging basins aligned with their capabilities. This step positions them to move quickly if significant discoveries are made. Others develop scenarios for different futures—high, low, and volatile oil prices, for example—and plan ways to deliver profitability in their own distinctive way, no matter which outcome arrives. Others incorporate flexibility into long-cycle investment projects by designing modular field developments that can be scaled up or down in response to changing market conditions. Companies in highly volatile operating environments such as Iraq already take this approach; it will ultimately be adopted everywhere.

As an oil company, your first move in this new volatile environment should be a focused strategy: a promising value proposition with an integrated capabilities system to back it up. Make sure this strategy is feasible in every region where you do business; avoid overextending into diverse operating environments. Through shrewdly targeted acquisition and divestiture, assemble a portfolio that fits your value proposition. Your company will then be one of the few reliable enterprises in this volatile future: a company that sails ahead of the competition because it knows how to do what it does extremely well. 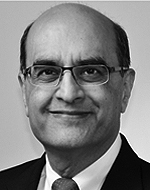 Viren Doshi is a senior partner with Strategy& and leader of the firm’s energy practice. 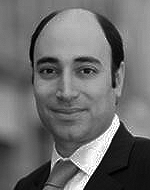 Georges Chehade is a partner with Strategy& and leads the firm’s energy, chemicals, and utilities practice in the Middle East.