Janet Yellen’s ascension to the chair of the Federal Reserve Board received extensive press coverage for three reasons: (1) she’s the first woman to hold the position, (2) she beat out the former treasury secretary Larry Summers for the job, and (3) she was one of the first high-profile presidential appointees to be confirmed after the Senate limited the filibuster, a parliamentary tactic the Republican minority had exploited to block many of President Obama’s executive appointments.

But there are two additional reasons Yellen’s appointment is notable. First, her rise is a triumph for the Federal Reserve as an institution. It confirms the view that monetary policy is best left to monetary economists (most of whom either grow up in the Federal system or at least have close ties to it). Second, it’s a stamp of approval for the Fed’s policy actions since 2007. Unlike the rest of the U.S. government, the Fed did exactly what it was supposed to do during and after the 2007–08 market crash and in the slow recovery since then, which is one of the reasons the U.S. economy has been outperforming other industrialized nations.

Not that the first three reasons were unworthy of attention. Yellen’s nomination was indeed historic. The Fed was largely a men’s club until fairly recently, as both investment and commercial banking have also tended to be at the leadership level. No woman had served on the seven-person Federal Reserve Board until 1978. (When Yellen was first appointed as a governor in 1994 she was only the fourth woman to join the board.) And the choice of Yellen over Summers was a turning point for the Democratic Party—evidence of an empowered progressive wing, which wanted a break with “Clinton Democrats” like Summers who are seen as being overly friendly with investment bankers, hedge-fund managers, and deregulation. The end of the filibuster as a routine delaying tactic was also a big deal, signifying the failure of the Republican Party’s attempt to dilute the Obama administration’s policy initiatives by slow-walking presidential nominations.

The victory for the Fed as an institution is no doubt sweet for Fed insiders and for most mainstream fans of the dismal science. The Federal Reserve System prides itself on expertise, competence, and institutional ties. The 12 Federal Reserve Banks, for example, like to grow their own talent and promote from within. Eight of the current Fed bank presidents came from within the Fed system, and one had been a long-term consultant. Eight are monetary economists by training.

The chairmanship of the Fed however, has rarely been filled from inside in modern times. Members are appointed by the president and subject to confirmation by the Senate, and choices are driven by considerations of politics, geography, and “what the markets will think” as much as by expertise or affiliation. Of the five men who held the top position before Yellen since 1970, only one—Paul Volcker—was a product of the Fed system. (He began his career as an economist at the New York Fed, and was serving as its president when he was named chairman in 1979).

But Yellen is clearly a product of the Fed, having held several jobs as an economist, board governor, president of the San Francisco Fed bank, and, since 2010, vice chairman of the board. Her appointment as chairman validates the Fed’s handling of the 2007 crisis and its aftermath. The aggressive policy of quantitative easing that the Federal Open Market Committee (made up of the governors and a rotating set of the Fed bank presidents) followed under Ben Bernanke’s leadership was a bold—and potentially risky—experiment. The Fed was admittedly in uncharted waters, and the course they plotted was a best guess on the part of Bernanke (who, although not a Fed insider, was both a noted monetary economist) and the Fed’s deep bench of monetary economists.

Yellen’s appointment as chairman validates the Fed’s handling of the 2007 crisis and its aftermath.

So far, that policy has paid off in a big way. Other central banks, notably the European Central Bank and the Bank of England, were timid in fighting the downturn with innovative monetary policy, and their economies have suffered as a result. The Fed’s alacrity in fighting the recession also looks good in comparison to the gridlock that has prevented the executive and legislative branches from using fiscal policy as a countercyclical tool. It’s a fair bet that if the Fed had failed to lead, current U.S. economic output would be at least several hundred billion dollars lower than it is today.

The stamp of approval that Yellen’s appointment gives to the Fed is, of course, conditional. Whether it resonates in the future, and paves the way for continued respect for the Fed’s expertise (and similar insider appointments), will depend on how well the Fed, and the U.S. economy, perform during her tenure. The tricky part will be in unwinding the monetary stimulus of the last seven years without causing a new recession.

In central banking, as in many other pursuits, you are only as good as your last mistake. Just ask Alan Greenspan. 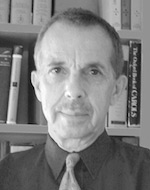 Rob Norton is a contributing editor at strategy+business and an adjunct professor at the Columbia School of Journalism.