Nestlé surprised the business world this week when it announced a new CEO. The Swiss candy and snacks company did not name the new boss from within the ranks of its top executives, as is common at long-established corporate giants. And it looked far beyond the confines of the food industry. Ulf Mark Schneider, the new CEO, had previously served as CEO of European healthcare company Fresenius, which specializes in treating kidney disease.

That would seem a strange move for the company that makes Hot Pockets and Baby Ruth bars. But Nestlé, like many of its industry peers, is now looking at a world in which packaged and processed foods can help treat or alleviate health problems.

With Nestlé’s current CEO transitioning to a chairman role, the odds were certainly on an insider to snag the CEO spot. Choosing an insider, who understands and respects the corporate culture and business model, would have been in keeping with the general practice at big companies. As Strategy&’s 2015 CEO Success study showed, last year, 77 percent of the CEO successions at the world’s 2,500 largest companies involved insiders.

But companies facing disruption are more frequently turning to executives whose primary experience is outside — outside the company, and outside the industry. 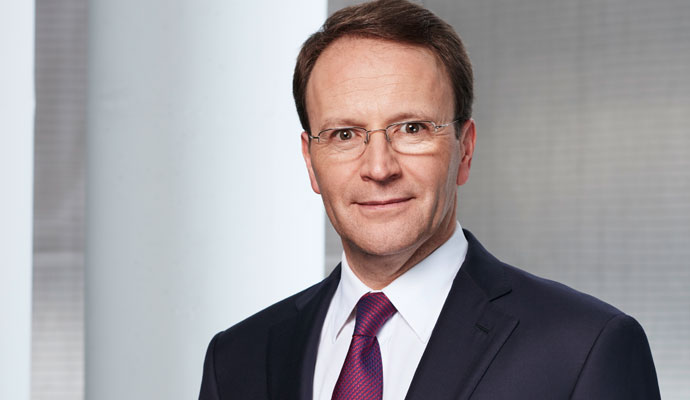 And Nestlé is indeed facing disruption. The company has come up against a host of recent challenges: currency fluctuation, a recall in India, a disappointing Chinese porridge. At root, however, Nestlé is confronting a more fundamental issue. Across the board, packaged food companies are finding their long-standing business models and practices under attack.

Critics have charged that the fat-, salt-, and sugar-laden processed foods and snacks Nestlé and its competitors sell are a factor in the prevalence of obesity, diabetes, heart disease, and other costly health problems. As a result, consumers’ tastes are changing, and shoppers are filling their carts with foods they deem more healthful and fresh. And that is leaving the old-school companies to play catch-up to new and trendy natural-foods brands.

In response, food companies are trying to change the conversation. Many incumbents have been reworking recipes to remove artificial ingredients and reduce sugar and salt. McDonald’s has said its suppliers will cut certain antibiotics used in the chicken it serves. General Mills even took the neon colors out of its iconic Trix cereal, and replaced them with all-natural fruit-and-vegetable dyes.

Beyond changing the conversation, packaged food companies are seeking to change their strategies and business models. And increasingly, companies are realizing that they may need to look beyond the familiar confines of their own world to find new ways of thinking.

Increasingly, companies are realizing that they may need to look beyond the familiar confines of their own world to find new ways of thinking.

Indeed, in 2015, 22 percent of new CEOs at large companies last year came to their new company from outside. That’s up from 14 percent in the 2004–07 period. Historically, such moves were seen as a last resort when no internal candidates measured up. But boards are now more frequently making an outsider a deliberate choice in succession planning. And, as the authors of Strategy&’s 2015 CEO Success study note, industries that are undergoing the most disruption are bringing in higher shares of outsider CEOs. For example, between 2012 and 2015, 38 percent of the CEOs hired at large telecommunications firms were outsiders. Furthermore, low-performing companies were generally more likely to hire outsider CEOs than high-performing companies.

Companies that need to make a rapid, sharp turn often find they need to add outsiders to the mix. And perhaps that is why Nestlé was eager to look for an outsider.