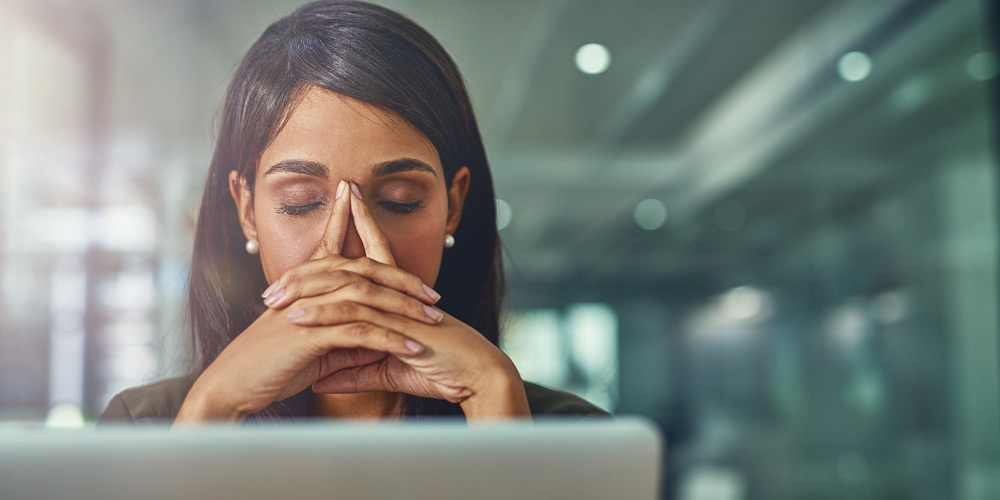 After basketball legend Kobe Bryant died in a helicopter crash in January, ABC’s Good Morning America played a clip from an interview in which he had discussed his life after retiring from the sport. In it, he said how important it is to recognize the “difference between doing what you do versus understanding that that is not who you are.”

That’s a crucial lesson for people in all professions. Separating our sense of identity from our job helps us not just to better ourselves, but also to build stronger businesses and be better managers and colleagues.

Unfortunately, in the United States and many advanced economies around much of the world, work is perceived “as not only providing an income, but giving social legitimacy to our lives,” Tom Fryers, professor of public mental health at the University of Leicester, wrote in a paper published by the journal Clinical Practice & Epidemiology in Mental Health. “For many, it may be the principal source of personal identity, mediating the sense of being a valued person necessary for self-esteem.”

There’s now a term for this, thanks to Derek Thompson at the Atlantic: workism, which he described as “a kind of religion, promising identity, transcendence, and community.”

The dangers of workism to individuals are clear. When we allow our professions to become the leading factor in determining our self-perception, we can easily fall into numerous traps of this always-connected age: checking messages around the clock; missing time with our families and friends; giving up on other activities we may be passionate about; and skipping opportunities to engage with and give back to our communities, just to name a few.

There’s another pernicious psychological downside to workism: When things go wrong at work, the results can feel emotionally devastating. Having a project fail, missing a promotion, or being laid off can quickly trigger depression in those who see themselves as being defined by their professional achievements. In the Harvard Business Review, psychologist Janna Koretz shared the story of a partner at a big law firm who was crying on his bathroom floor when he realized he felt unfulfilled at work. “For someone who had built his entire idea of himself around his career, this thought sent Dan into an existential crisis,” she wrote. “Who was he, if not a high-powered lawyer?”

But it isn’t just individuals who pay a price for workism. Businesses do as well. The more people view their work as central to their identities, the more likely they are to overwork. And research shows the damage that can stem from putting in too many hours at the office. “Employee output falls sharply after a 50-hour work-week, and falls off a cliff after 55 hours,” a CNBC article noted in 2015, citing a study by John Pencavel of Stanford and IZA (the Institute of Labor Economics).

Separating our sense of identity from our job helps us not just to better ourselves, but also to build stronger businesses and be better managers and colleagues.

One of the most powerful arguments I’ve seen about the dangers of conflating work with self came from a cofounder of Facebook, Dustin Moskovitz. Long mythologized for his around-the-clock work that helped get the social media platform off the ground, Moskovitz now says his excessive focus on work actually hurt his efforts at the time. In a blog post, he wrote that he wishes he had taken better care of himself in Facebook’s early days. “I wish I had made more time for other experiences that helped me grow incredibly quickly once I gave them a chance. You might think: but if you had prioritized those things, wouldn’t your contributions have been reduced? Would Facebook have been less successful? Actually, I believe I would have been more effective: a better leader and a more focused employee.” Moskovitz says he would have been more centered and self-reflective, as well as less frustrated and resentful. “In short, I would have had more energy and spent it in smarter ways.” Now a cofounder of a project management software firm, Moskovitz wrote that he and others at the company have worked to build a culture in which “people don’t work too hard…. We get to encourage a healthy work–life balance in the cold, hard pursuit of profit. We are maximizing our velocity and our happiness at the same time.”

Separating our self-conceptions from our identities is also a necessity for entrepreneurship and innovation to flourish. Entrepreneurs take risks. They often give up their jobs to do so — and if people feel they won’t have an identity without their job, they’re less likely to take such a risk.

In my own way, I experienced this. After kicking off a career on NPR at age 24, I found my sense of identity nearly 10 years later was intertwined with my work. I began to think of myself as “Joshua Levs, NPR News.” Many colleagues were surprised when I decided to take a break from being on air for a year. But I needed to make sure I knew who I was outside of work. That break then led me to pursue and build a career at CNN. And that same mentality allowed me to ultimately leave CNN for the unique work I do now, helping businesses, organizations, and governments achieve gender equality and other best practices in new ways.

It’s up to all of us to fight against the work-as-identity conundrum. It begins with how we raise our children. For generations, adults have asked kids, “What do you want to be when you grow up?” The implication is that the work you do as an adult is tantamount to who you are. This is why I instead ask my kids: “What are some things you imagine doing when you grow up?”

Once in the work world, we should get proactive about maintaining lives and activities outside of work. Spending time on hobbies can make a big difference.

Businesses should create cultures that push against overworking and that encourage employees to have full, satisfying lives outside of the office. Hold family events, talent shows, and more, showing awareness that workers are whole people. Executives can set examples by avoiding around-the-clock work themselves, and openly enjoying time doing other things.

Ending workism means unlearning ideas that are deeply embedded in our psyches. But it’s worth it. When we build a broader, healthier sense of our own identities, we discover a world of possibilities for what to do, both as workers and as people.