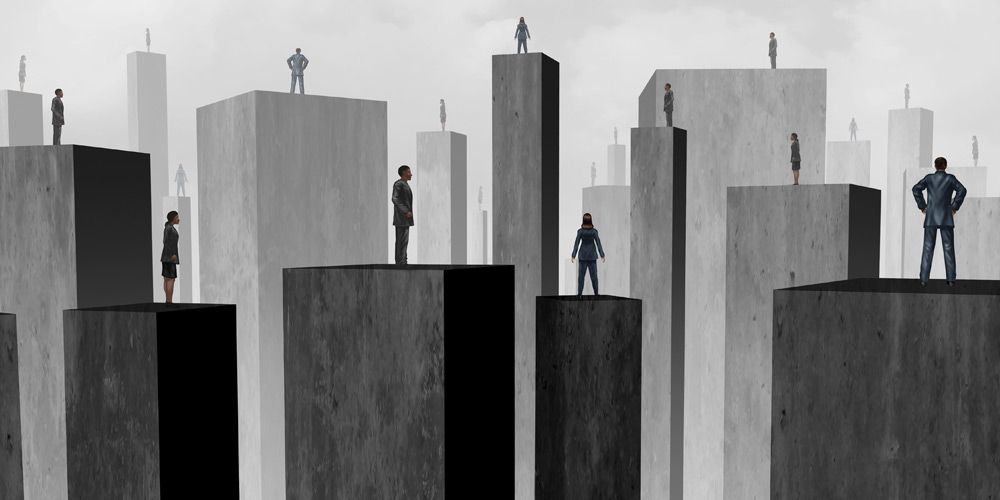 The character and culture of companies is revealed in crises. And the same is true of people. As leaders struggle to navigate the impacts of the novel coronavirus pandemic on their business, they are discovering which members of their teams rise to the new challenges and which are overwhelmed. Often there are surprises: The people they expected to step up may become rattled, and others who had operated in the background are finding their leadership voice.

COVID-19 is testing our resilience, and for all that has been studied and written about that quality, it still has an air of mystery about it. Why can some people, when knocked down by life, get up off the mat, while others stay down? Given how important it is to work through challenges in this world of endless disruptions — even in the absence of a global crisis like COVID-19 — resilience is one of the key qualities that companies look for when hiring.

Where does resilience come from? It’s a muscle that can be developed early on through a strong family life or a mentor relationship, or from positive experiences that help ready children and young adults for life’s tests in later years.

But resilience is often also forged at young ages through adverse experiences that force children to rely on what psychologists call an “internal locus of control,” a concept developed in the 1950s by American psychologist Julian Rotter. When challenged, these young people decide that they are going to be in charge of their own fate and not let their circumstances define them.

In the course of hundreds of interviews with CEOs, I’ve always asked about early life experiences and influences, and I’ve found that a surprisingly large percentage of these leaders grew up in tough circumstances. Many had a parent who was an alcoholic, and some had an abusive parent. Others had parents who struggled with mental health issues. Some grew up in dangerous neighborhoods that were overrun by gangs, or in poor circumstances, with the family scrambling just to put food on the table.

One of the messages these future leaders told themselves, or that was hammered into them by a parent, was “don’t be a victim.” Nobody would wish tough circumstances on another person, and yet it was in the moments of being tested that they discovered what they were made of. Adversity built a quiet confidence in them, because they went through tough times and knew they could do it again.

It is an immutable truth of life and leadership that every person’s strength can also be a weakness.

But those experiences, for all they can help strengthen leaders, can also create their own challenges, particularly concerning the need to sometimes delegate, ask for help, and let go. That lesson was well learned by two impressive CEOs, one of whom is no longer with us.

Leila Janah, who tragically passed away in January 2020 at the age of 37 from cancer, was the founder and CEO of Samasource, a global technology platform company that develops artificial intelligence solutions. When I interviewed her in 2017, Janah shared the story of her tough home life when she was younger — she moved 12 times as a child, money was tight, and she was often bullied at school.

“There were moments when life just seemed so hard emotionally when I was a kid,” Janah said. “But I think that gives you a level of resilience that helps you power through during the inevitable lows of being an entrepreneur. The biggest reason for success in entrepreneurship is not brilliance. It’s not creative genius. It’s the simple ability to not quit when things are really bad.”

I asked Janah how those experiences influenced her leadership style. “I think many children who have faced issues at home have a tough time,” she said. “They operate in a mode of hypervigilance, and I think a lot of entrepreneurs, especially, operate in this mode. You’re constantly worried about trusting other people, and you’re expecting the worst to happen all the time. That can be really good, but it can also be really destructive to close relationships with staff.” After all, that hypervigilance, even if it’s well-intentioned, can make delegating responsibility a challenge, and can come across as micromanaging or second-guessing.

The theme came up again in a recent interview I had with Jacqueline de Rojas, an accomplished technology leader and turnaround expert who is also a mentor with our firm, Merryck & Co. I asked about her early influences and was startled by her story.

“I grew up in a violent home,” she said. “My mother had a black eye every week, and she tolerated that until I was about 8 years old. That was a dark time for me, my mum especially, and my brother. And during my childhood, I became an invisible child, by design, because I didn’t want to feel the wrath of my father. It was a tough, tough time, but one of the things that happens when you face things like that is you become quite resilient.”

She added: “Fast-forward. Once I became known as a troubleshooter in the world of tech, I never had to look for another job again. My skill set was sought after and my resilience gave me an edge. Put me in a difficult corner and I’m at my absolute best because I’ve been there with my back to the wall so many times.”

I asked her about why some people are able to rise above those circumstances. “For me, it was that I just didn’t want to be down there,” she said. “It was a dark and lonely place. But there is a cost, of course; one side of the coin is that I am highly, highly resilient, but the other side of it is that I have had to learn to reach out for help, and that I find extremely difficult. People who are resilient, who are survivors, don’t easily ask for help. So, there is a price, and it took a lot of self-development in order to be able to keep my resilience intact but also to nurture the fragility that comes with it so that sometimes I feel able to ask for help.”

It is an immutable truth of life and leadership that every person’s strength can also be a weakness. With leaders such as Janah and de Rojas opening up about their struggles, and the lasting challenges those struggles created, we can better appreciate how resilience can sometimes come at a cost.

The lesson is particularly important for their fellow leaders, who shouldn’t try to do everything themselves, though their self-sufficiency may compel them to try. We are in uncharted waters with the COVID-19 pandemic, and leaders have to rely on collaboration and trusted colleagues to navigate through this once-in-a-lifetime challenge. That starts with reaching out and asking for help.