In business, vulnerability is generally seen as weakness. Recent headlines scream for business to avoid vulnerability or suffer the consequences: “30% of Auto Parts Retailers’ Business Is Vulnerable to Amazon,” “Five Industries Most Vulnerable to Digital Disruption,” “Apple Users Are Also Vulnerable to WannaCry-Type Attacks.” Having a strategy or a model or a position that is susceptible to attack is the last thing investors, executives, and employees want. By the same token, personal vulnerability is considered a liability for leaders. Conventional wisdom holds that it is difficult to lead or negotiate or make demands from a position of perceived weakness.

But it turns out that the popular perception of vulnerability is a myth — one that keeps leaders from being effective. In fact, there are plenty of reasons to believe that vulnerability can be an asset for leaders, as Emma Seppala argued in this 2014 Harvard Business Review article. Why? Vulnerable leaders inspire, are more authentic, and build bonds that lead to increased performance. 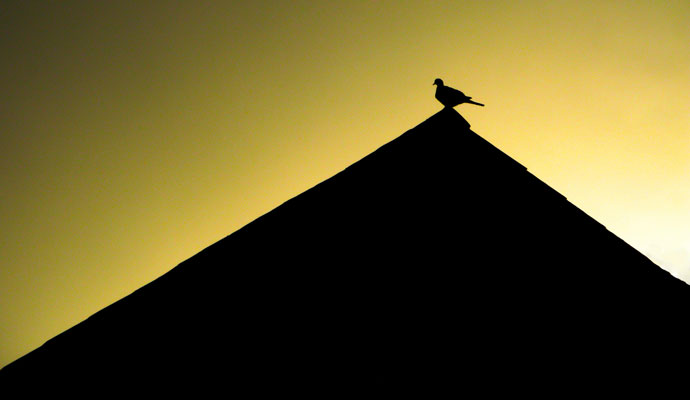 Brené Brown, a well-known author and vulnerability researcher at the University of Houston Graduate College of Social Work, gives us a new lens through which to view vulnerability. In her book Daring Greatly: How the Courage to Be Vulnerable Transforms the Way We Live, Love, Parent, and Lead, Brown argues that vulnerability is “engaging in life, being all in, dedicating yourself to something.” Put another way, embracing vulnerability means having the courage to face your fears and the wild uncertainty of the future. A vulnerable leader decides that she will meet that uncertainty with an open heart, willing to experience all the ups and downs that come with it. Vulnerable leaders know they can confront brutal realities head-on while maintaining faith they will ultimately prevail. Once a leader decides to be open and all-in — to be vulnerable — several positive outcomes follow.

Vulnerability inspires teams. In 2011, professors Peter Fuda and Richard Bahdman, of Australia’s Macquarie Graduate School of Management, conducted an in-depth study of seven CEOs that had experienced remarkable personal growth and professional success in their businesses. Vulnerability emerged as a key theme from their interviews and linguistic analysis. One of their subjects, Clynton, a managing director of a large Germany beauty corporation, had received harsh feedback that he was too direct and his style was harming the team. Rather than hide this information, he chose to be vulnerable. Clynton presented his failings and his dedication to improve at an annual meeting of his top 60 managers. Doing so generated tremendous personal support for his goals and inspired his team. The organization has outperformed its competitors in the six years since the meeting.

Vulnerability is required for authenticity. We know that authenticity helps build trust, which is especially valuable now, when trust in business and leaders in general is sorely lacking. And authenticity means being open and honest about your beliefs and values. Authentic behaviors include admitting mistakes, showing emotion, and not hiding behind a manufactured facade. It’s impossible to be authentic without being willing to be vulnerable.

When leaders are vulnerable, they are more open and emotionally available, which creates more bonding opportunities and improves team performance.

In their study, Fuda and Bahdman provided examples of the effectiveness of authenticity. One subject, Mike, the CEO of a multinational IT outsourcer, suffered an identity crisis after taking the reins. He vacillated between being overly tough and overly nice, and felt that he could not be himself. Three months into his tenure, the company’s poor financial performance touched off questions about his leadership. And so he consciously went back to his core values — fairness and accountability — and adopted a more authentic leadership position. In other words, he was vulnerable enough to be himself and believe in his values. As a result, his team began to engage with him more positively. Over the next five years, his leadership ratings and his business’s profits radically improved.

Vulnerability allows for building greater bonds and increasing emotional connection. Earlier this year, I noted teams that bond together through shared experiences often perform better. Vulnerability plays a key role in laying the groundwork for such experiences. When leaders are vulnerable, they are more open and emotionally available, which creates more bonding opportunities and improves team performance.

In seeking to connect with our inner vulnerability, we face a significant obstacle. We are socialized, educated, and trained to build up our defenses against vulnerability. Which means we have to consciously build the capacity to be vulnerable, a counterintuitive and uncomfortable undertaking.

From personal experience, I’ve learned that building the confidence to be embarrassed is one way to do so. When I was in officer training in the U.S. Army, senior infantry officers told me that soldiers will give you a nickname, often a disparaging one. Our leaders told us not to worry about what the nickname was, although we should worry if we don’t get one, as it meant our soldiers hadn’t really accepted us as leaders. A year later I was a Second Lieutenant and took over a platoon that had already been in some of the most extreme combat that soldiers had seen in Iraq, including Fallujah in 2004 and the original retaking of Mosul in 2005. I could not match these soldiers on experience, but I still had to lead the platoon.

Within a month or so, while on patrol, one of my best soldiers absent-mindedly asked me, “Sir, you want to know what the guys call you?” Our unit was called the Deathmasters, so I hoped for a similarly intimidating nickname. He replied, “Bubble Boy.” He explained further: “Originally they called you Donnie Darko because you look like Jake Gyllenhaal’s unfortunate cousin, but we thought that sounded too cool.” I was embarrassed by the nickname. I had led from the front on our patrols and raids and thought the name implied I was avoiding danger. I also felt that calling me boy was disrespectful of my rank and position.

Instead of reacting with shame or anger, I accepted the nickname. I knew I had the best infantry training the Army could provide and was a capable leader. I was not afraid to be vulnerable. And over the next 90 days our platoon decreased attacks in our area and captured several high-value targets. Even today, Bubble Boy is one of the names I’m most proud of.

Leaders do not have to be perfect in order to be successful. Quite the opposite. Admitting mistakes, being open and honest, and accepting foibles and flaws yields far more effective results than projecting an untouchable facade. Tough leaders may inspire through fear or intimidation. Vulnerable leaders inspire with authenticity and humanity. And it’s the latter that is more likely to yield better results.