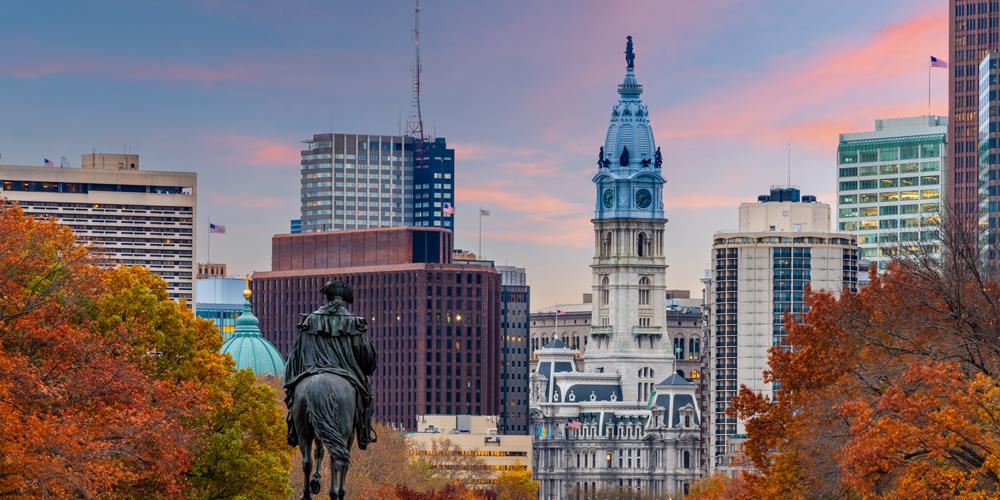 There are lots of lawyers in Philadelphia, but a Philadelphia lawyer might practice anywhere, for the term isn’t limited to practitioners in the City of Brotherly Love. The earliest meaning, deriving from the city’s reputation as home to the best attorneys in the colonies, was purely an encomium. Later, a more ambiguous shading crept in, suggesting adeptness at exploiting technicalities.

The Comfort Letter, a subtle and absorbing novel about the obligations of professionals in the world of business, concerns a lawyer practicing in Philadelphia. But is he also a Philadelphia lawyer in the larger sense? And if so, which kind? The protagonist is forced to answer by a mercurial tycoon, an old flame, and a desperately needed financing. Right up until the end, it’s a close call.

The author, Arthur R.G. Solmssen, was himself a prominent securities lawyer in Philadelphia. He was also a skillful enough novelist, and sufficiently shrewd about his patrician milieu, to merit comparison with Louis Auchincloss, a better known lawyer–novelist of the same vintage. The Comfort Letter (1975) is the culminating volume of Solmssen’s trilogy on Philadelphia lawyering, and it’s safe to say that never before or since has a novel about a convertible subordinated debenture issue been so much fun.

Of course, The Comfort Letter is about a lot more than a bond offering. It’s hard to think of another book that more effectively dramatizes the fraught relations between executives and their lawyers, or the complex web of obligations that enmeshes both. It’s also about love, social standing, and empire building.

The story is set in 1969. Our hero and narrator is Ordway Smith, partner at the august if fictional Philadelphia law firm of Conyers & Dean. Although a graduate of Harvard College and Penn Law, Ordway presents himself as something less than the sharpest-eyed legal eagle in the skies. His main value to the firm seems to be his connections; he’s the one they turn to in order to get a new CEO, just moved to town, into a prestigious club. Ordway, the son of a partner, is also the firm’s link to his family’s chemical business, a major client. As a young man, he failed the bar exam, but a kindly senior partner gave him time to try again, explaining: “Brilliant minds aren’t the only thing we need around here.”

Ordway proves an interesting and appealing character, gifted with the confidence of his social class yet gnawed by a self-doubt amplified by the knowledge that he stands on third base not because he hit a triple but because he was born there. Yet he’s no Hamlet. Over the course of the book, one of its great business lessons emerges clearly: that doubt, properly channeled, is a gift, one that pairs especially well with an outsized sense of obligation.

Over the course of the book, one of its great business lessons emerges clearly: that doubt, properly channeled, is a gift, one that pairs especially well with an outsized sense of obligation.

He soon finds himself representing a self-made tycoon named Charlie Conroy, whose Conroy Concepts Corp. is an old-fashioned conglomerate assembled by an ambitious entrepreneur with little talent for or interest in helping his subsidiaries thrive. He also lacks the sense to leave things to the people who know what they are doing. Charlie is in financial straits, markets are moving the wrong way, and a $100 million bond offering is the only answer.

The problem is, well, Charlie. Laboring day and night, he drives his subordinates mercilessly and crisscrosses the country by private jet in search of acquisitions. For him, dealmaking is far more interesting than managing, and companies have value mainly as building blocks for empire rather than enterprises creating lasting value. He’s also moody, and probably drinks too much. Charlie rides close to the edge, in other words, and drags Ordway along with him. At one point, Charlie’s frantic acquisitiveness goads his lawyer into a dangerous ethical breach, quickly remedied but shocking nonetheless. Ordway’s marriage, already strained, suffers further as a result of his demanding client, who sends Ordway’s wife a mink coat to placate her after he’s ruined a family vacation. The gesture falls flat.

But a great deal more than a vacation is at stake. Before the crucial debenture offering has closed, Charlie decides to acquire Bromberg Instruments in northern California. It’s a shrewd move; Bromberg is a good outfit and has the potential to bolster CCC’s balance sheet, thereby making the bonds more appealing to investors. It’s soon clear that each deal depends heavily upon the other, and both are complicated by the personalities and family dynamics of the business’s leaders: Bromberg father and son are at loggerheads over selling, and that may be the least of their problems.

Meanwhile Charlie’s house of cards teeters as he demonstrates the worst qualities of the compulsive deal maker. A lawsuit by minority shareholders of CCC’s Hydroflo unit, a manufacturer of washing machines, threatens to derail the crucial bond offering with well-founded charges of mismanagement. Ordway manages to settle that one. But a seemingly fatal crisis erupts when yet another CCC acquisition, a power-plant builder named Darby Turbine, runs into trouble.

Darby has built a new coal-fired plant in West Virginia, but the pollution scrubbers persist in clogging, and opinions differ on what it will take to remedy the issue. As a result, Darby’s customer—the local power company, which commissioned the plant—has withheld the final payment for the work. Suddenly, all parties in the bond deal are confronted by a devilish tangle of engineering, accounting, financial, and, yes, legal difficulties that could torpedo the offering, wipe out a lot of professional fees, and bring down Charlie’s empire. Solmssen, like his protagonist, manages great complexity with consummate skill, making all of it not just clear but fascinating, and even maintaining a satisfying sense of urgency.

If you’ve never tried to do a deal like this before the digital revolution, you’ll be amazed at the efforts—and constraints—entailed by the ink-on-paper technology of the day. Suffice to say that things were a lot harder. With their backs to the wall because of a filing deadline, the Brombergs, the underwriters, the accountants, and the lawyers agree that though the scrubber situation poses a business risk, it’s not an overwhelming one. And though it changes what’s been represented in the documents, everyone is better off living with a caveat inserted into the auditor’s “comfort letter” (an opinion attesting to the accuracy and completeness of the prospectus) than pulling out of the deal.

What remains is for Ordway to sign off on Conyers & Dean’s comfort letter—only he’s not terribly comfortable. Nobody, after all, sees potential trouble more clearly than a lawyer. How bad is this scrubber thing? How bad might it get? Whatever happens, his firm will be implicated. “I’m being sort of dragged along,” he complains to a lover as the action builds to its dramatic denouement, “into something I deep down don’t want to do because I’m afraid everything will collapse if I don’t.”

Ordway isn’t perfect. But when push comes to shove, he proves himself a darn good Philadelphia lawyer after all.