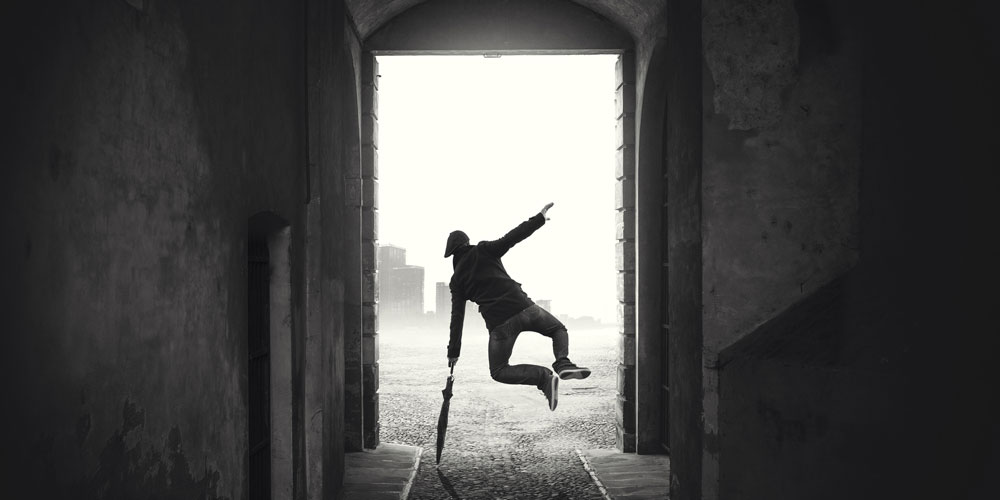 From Strength to Strength: Finding Success, Happiness, and Deep Purpose in the Second Half of Life

Arthur C. Brooks is a striver. As a young man, he was such an accomplished French horn player that he was able to make a living as a classical musician. He later obtained a Ph.D. and ran the American Enterprise Institute (AEI) for a decade. He also became a fluent Catalan speaker, a columnist for the New York Times, and a father.

But Brooks is also a seeker. Raised an observant Protestant, he converted to Roman Catholicism as a teen and has since explored a range of religious traditions during a lifetime of reading. He’s made spiritual journeys to India and has cultivated a personal relationship with the Dalai Lama.

The combination of striver and seeker makes Brooks an interesting guide to the problem of aging for the kind of driven overachievers likely to be reading this article. Getting old is something all of us face sooner or later, if we are lucky. But business leaders likely will encounter the problem long before their dotage, for aging societies and low birth rates imply that executives worldwide are going to have to get used to hiring and managing more older workers. 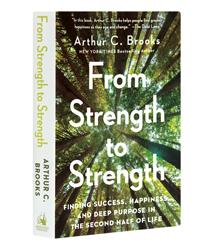 Executives presiding over a graying workforce, and those who are themselves graying, or who hope to face the phenomenon gracefully and meaningfully, could do worse than to consult From Strength to Strength, Brooks’s brief, earnest, and pleasingly upbeat book on the subject. As an aging striver, Brooks knows what you are up against, and, as a seeker, he offers useful guidance for finding a path forward.

His insights are sometimes obvious, yet you need to hear them anyway. The book’s most important message, unwelcome though it may be, is that you are going to die. You say you know that already? Well, you don’t act like it. This is not to say you should abandon your career and your long-range plans. But as we age—as our time grows shorter—we should allow a healthy awareness of mortality to influence our professional and personal choices. And we should acknowledge what an obsessive focus on work can and cannot do for us.

Fortunately, a growing sense of the end’s nearness can help us recognize the foolishness of sacrificing everything in pursuit of wealth and status. Besides, almost everyone blessed with choices in life could benefit from heeding the author’s advice to find one’s “deep purpose” and strip away whatever doesn’t serve it. Imagine Marie Kondo turned loose on your calendar.

Business leaders who embrace the author’s point can use it in two ways: to rein in their own worst workaholic impulses, and to help team members give proper weight to the things outside work that contribute so much to a meaningful life (an effort that might even improve productivity).

Managers will also want to note the author’s comments about abilities and age. Brooks argues that in various ways our powers begin to wane long before we are truly old. He experienced this when his skills on the French horn started to decline during his 20s and then deteriorated so steadily that he decided to find another line of work.

Yet, as we age, we gain powers as well. Drawing on the work of British psychologist Raymond Cattell, who in 1971 posited that people possess two types of intelligence in a mix that varies with age, Brooks writes: “The first is fluid intelligence, which Cattell defined as the ability to reason, think flexibly, and solve novel problems. It is what we commonly think of as raw smarts….” Innovators tend to have fluid intelligence in abundance. Cattell noted that “it was highest relatively early in adulthood and diminished rapidly starting in one’s thirties and forties.”

Cattell’s second type of smarts is “crystallized intelligence,” or the ability to use one’s increasing store of knowledge. In other words, writes Brooks, “when you are young, you have raw smarts; when you are old, you have wisdom.” Crystallized intelligence seems to grow with age and tends to make older people better historians and teachers. Brooks argues that high achievers sooner or later have to give up roles that are largely analytical or depend on quick thinking in favor of roles that exploit their superior ability to assemble and apply what they know—and that aid the young.

People have long known this; the author quotes the Roman statesman and philosopher Cicero, who believed that while the old should “have their physical labors reduced,” at the same time, “their mental activities should be actually increased. They should endeavor, too, by means of their counsel and practical wisdom to be of as much service as possible to their friends and to the young, and above all to the state.”

The trick for aging achievers like Brooks is to play to these new strengths while letting go of the powers that depended on youth. Following his own advice, he stepped down as chief of the AEI in his mid-50s and now teaches at Harvard. And yet, he says, “I am not exhorting you to hate and reject the world; to live like a hermit in a Himalayan cave. There is nothing bad or shameful about the world’s material abundance, and we are right to enjoy it.”

Aging societies and low birth rates imply that executives worldwide are going to have to get used to hiring and managing older workers.

Rather than ticking off a bucket list, he decided that he would teach, reduce his needs, and focus on people. Like many who write about happiness, Brooks emphatically advocates for investing in human relationships—potentially a fraught area for business leaders, who may find it easy to form shallow, transactional friendships but not the deeper ones that take time and might arise from the workplace if one weren't the boss. Friendships are something to work on, the author says, and I agree. It’s surprising how few people seem interested in doing so.

Brooks is frank about his Roman Catholicism, which I found refreshing even if he quotes a few too many religious figures for my taste. He practices his faith daily, but From Strength to Strength reflects a healthy spiritual ecumenism by encompassing other religions and practices, including Buddhism and Hinduism. Few comparable books address the human tendency to become more interested in spiritual matters as we age, and fewer still offer encouragement.

Brooks is an enthusiastic guide, but he is asking a lot: that, as you age, you live an examined life, that you embrace your newfound capacities rather than rage against the ebbing of your old ones, and that you lay off the frantic tap dancing you hope will gain the world’s admiration—if only because sooner or later the applause must stop. To make things easier, he boils his philosophy down to a mere seven words:

Good advice, and better yet, he leaves each of us to decide on the divine part for ourselves. As an atheist, I approve. Everyone can have a deep purpose, with or without religion, and getting older can help you focus on it.