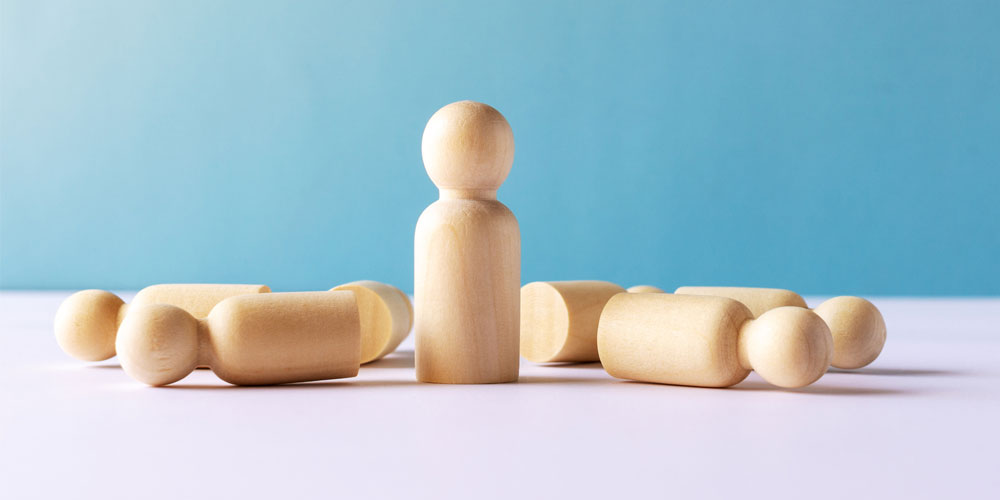 Is there a difference between who you are and what you do? You may derive meaning and even identity from your work. But the death of a colleague, a sudden layoff, a serious illness, or even the advance of years can raise questions of purpose normally submerged by the hectic pace of a demanding career.

Business leaders faced with these issues, as most people sooner or later are, will want to consult a brilliant and energetic executive by the name of David Levinsky. You’ll find a few by that name on LinkedIn, of course, but the one you most need to know exists only between covers. The Rise of David Levinsky is probably the first important American Jewish novel, yet its themes—the ambiguous nature of “success,” among them—remain as timely and universal as when the book was first published more than a century ago, in 1917.

If that were all Levinsky offered, it would be enough, as we sing at Passover. But the book delivers far more, succeeding as literature even as it illustrates the difficulties of starting a business in a new country, the importance of manufacturing in fostering innovation, the social tensions that arise from extreme inequality, and the effects of imposter syndrome—for Levinsky, a lifelong affliction. “At the bottom of my heart,” he will reflect as a middle-aged tycoon who employs his own chauffeur, “I cow before waiters to this day. Their white shirt-fronts, reticence, and pompous bows make me feel as if they saw through me and ridiculed my ways.”

Abraham Cahan’s psychologically acute tale, a rags-to-riches story in the most literal possible sense, has long been recognized as a minor classic, but it deserves special attention here as the poignant chronicle of a life in business. “It is one of the best fictional studies of Jewish character available in English,” the critic Isaac Rosenfeld wrote in 1951, “and at the same time an intimate and sophisticated account of American business culture.”

The protagonist narrates his own story from the perspective of advancing age, bearing eloquent witness to his disorienting journey from the depths of poverty to the heights of business success. “The metamorphosis I have gone through strikes me as nothing short of a miracle,” he writes at the outset, observing that he’s worth more than US$2 million, in 1917 dollars. But “when I take a look at my inner identity it impresses me as being precisely the same as it was thirty or forty years ago.”

Born in Russia in 1865, young David lives with his fiercely devoted mother in a single large room shared with three other families. When he was 2, his father died, leaving his mother to eke out a living selling pea mush and doing odd jobs. Notwithstanding these hardships, she will make any sacrifice to keep David enrolled in religious school. There, despite cruel teachers and the humiliations of poverty, his intellectual powers flourish in the hothouse of Talmudic studies.

When his mother is murdered by anti-Semites, David, at the age of 20, joins the exodus of his countrymen fleeing persecution for the promising shores of the New World—a migration that, before the United States Congress clamps down on immigration in 1924, will bring to America a catalytic influx of 2 million Eastern European Jews. Levinsky lands with no friends, no English, and 4 cents in his pocket.

That turns out to be plenty. Blessed with ample reserves of mental and physical toughness, he survives aching hunger and homesickness before falling into the women’s clothing trade and learning to sew cloaks. When a chance benefactor, driven perhaps by piety, provides indispensable early aid, including a wardrobe makeover, a bath, and a barber, Levinsky easily acquiesces to something that would have been unthinkable before he left home: the shearing of his Orthodox sidelocks. Soon he will shave his chin as well. In his new country, the young man who once spent all his waking hours in religious training sheds this part of himself as if molting an unseasonable skin.

A Viennese contemporary of Levinsky’s, selling psychoanalysis rather than schmattas, might have said that his religious impulses were ripe for sublimation. Having acquired know-how to match his native drive, our hero soon starts his own business, in part to avenge himself against a heartless employer. Levinsky is an intellectual, but he is also a fighter driven by other hungers: for respect, for status, for belonging, and for love. His trials in nursing his nascent enterprise from one day to the next will be familiar to anyone who has experienced a startup. The frantic search for funds to keep the wolf at bay or to buy raw materials for a trial order leads him to resort to dissembling and even sleight of hand. Sometimes he intentionally mixes up checks in the wrong envelopes before mailing, thereby postponing the day they hit his bank account. Sometimes he sends the right check but neglects to sign it.

As a salesman, a role that does not come naturally for the studious and thin-skinned Levinsky, his tenacity and resourcefulness know no bounds—and every bit is required to get his first orders. He learns English as fast as he can, in part by making his way, painfully at first and then in something like delirium, through Dickens with the aid of a dictionary. He will read Charles Darwin and Herbert Spencer as well, embracing the unfortunate social Darwinism that he seems to be living in the dog-eat-dog world of the rag trade.

Levinsky doesn’t hesitate to copy the successful garment designs of competitors (which is legal, then as now, as long as no distinctive “trade dress” is reproduced). He keeps labor costs low by operating under the union’s radar, closing on the sabbath in order to retain pious landsmen, and sometimes advancing prospective hires the money for passage across the Atlantic. He also offers them the chance to apply their skills and appetite for long hours by paying for piecework—leading to pay packets that are fatter rather than slimmer, even if union rules are violated.

The novel argues that Russian Jews like Levinsky are able to take over the garment trade from their German Jewish predecessors not just because the former are newer and hungrier, but because they entered the business with technical skills from the old country. In the US, they exploited this knowledge to innovate production, improve the quality of garments, and cut costs.

“The old cloak-manufacturers, the German Jews, were merely merchants. Our people, on the other hand, were mostly tailors or cloak operators who had learned the mechanical part of the industry, and they were introducing a thousand innovations into it, perfecting, revolutionizing it. We brought to our work a knowledge, a taste, and an ardor which the men of the old firms did not possess. And we were shedding our uncouthness, too. In proportion as we grew we adapted American business ways.”

Within 30 years of arriving as a penniless rube, Levinsky has transformed himself into a polished American industrialist—and, with his fellow immigrants, democratized fashion. The result, he says, wielding a crucial adjective with the precision of a needle, is that “the average American woman is the best-dressed average woman in the world.”

Within 30 years of arriving as a penniless rube, Levinsky has transformed himself into a polished American industrialist—and, with his fellow immigrants, democratized fashion.

Yet, without a wife, children, or belief in God, and cut off from Jewish tradition, Levinsky’s biggest problem is one that besets so many who strive so hard to succeed in business, and that is the problem of purpose. Toward the end of the book, after recounting his extraordinary accomplishments, he reports ruefully: “My sense of triumph is coupled with a brooding sense of emptiness and insignificance…. Amid the pandemonium of my six hundred sewing-machines and the jingle of gold which they pour into my lap I feel the deadly silence of solitude.”

He is wistful in particular over his decision not to attend City College and perhaps become a writer or physician. And he never seems to get over his penchant for falling in love with women he can’t have while shunning the more suitable matches always on offer. His engagement to a pious young woman offers a brief foretaste of the larger sense of meaning he hopes to find in a family. “The vision of working for my wife and children somehow induced a yearning for altruism in a broader sense. While free from any vestige of religion, in the ordinary meaning of the word, I was tingling with a religious ecstasy that was based on a sense of public duty.” But Levinsky soon ends the betrothal.

Abraham Cahan, though he wrote Levinsky in English, was for many years editor of the Daily Forward, the great Yiddish newspaper whose socialism reflected his views. It isn’t surprising that he would give us a tycoon whose experience, in making a fortune after turning his back on Jewish tradition, equates material success with sterility. Rosenfeld, in praising the book, observed that “it is, at the same time, an exemplary treatment of one of the dominant myths of American capitalism—that the millionaire finds nothing but emptiness at the top of the heap.”

The striking thing about David Levinsky is the extent to which his problems are our problems. In some sense, we are all immigrants today, unmoored from traditions, adrift in a world of technological marvels, and so often lacking many of the ties of family and culture that might once have sustained us. The freedom and affluence we are fortunate to share in some degree with Levinsky are much better than the alternatives, yet somehow never quite sufficient in themselves.