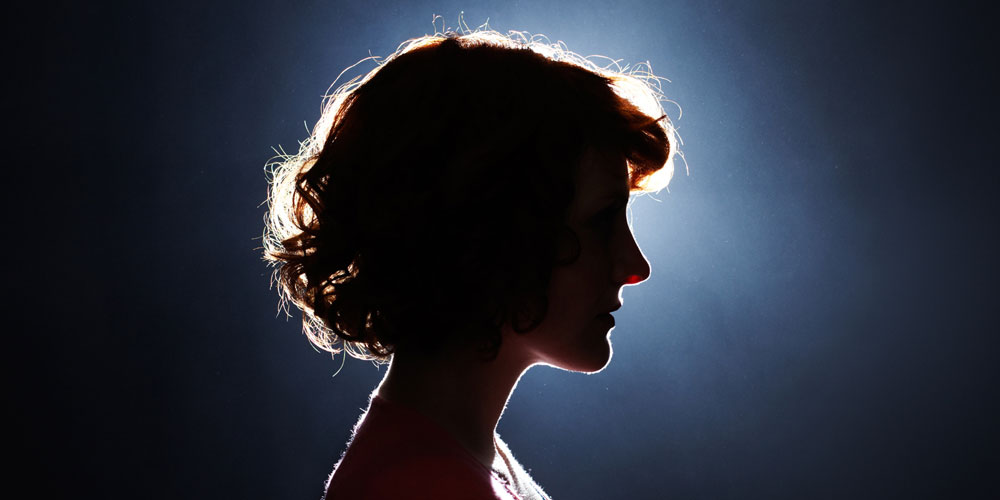 When it comes to cosmetics, Devon Elliott is a master of the universe, presiding over an empire of swank salons and pricey potions that she built up from practically nothing. And, like many CEOs, Devon lives and breathes her business, which is how she ended up sleeping with the married man who is her chief subordinate. Their affair went on for four years, and afterwards they remained best friends and comrades in arms.

There is no outrage over this, because Devon is the protagonist of a novel published nearly 80 years ago. In Bed We Cry, released in 1943, sheds considerable light on the issues facing women who are not merely in business but are wildly successful at it. Out of print and largely forgotten, it’s worth a fresh look today. You can download it, free, on the Internet Archive.

In Bed We Cry was written by the late Ilka Chase, an actress, radio host, and author whose mother, Edna Woolman Chase, was for 38 years editor of Vogue. There’s a good deal of Edna in Devon. Both were raised in small towns, to a great extent by surrogates, and were respected for treating staff fairly. And both were consumed by their jobs. “Mrs. Chase hardly seemed to have a personal life. She made her career almost her only happiness,” said a 1957 obituary in the New York Times. (Would it have said the same about a workaholic man?) The article added: “Her personal friends were her business associates. So like one were her home and business life that she had her office decorated in the style of the drawing room in her apartment.”

Ilka Chase’s novel is, at first, easy to dismiss as a soapy tale of New York’s long ago beau monde, complete with vintage folderol about African-Americans and Jews (almost all of it expressed by the men in the book). Yet in some ways it was far ahead of its time. Devon and the other women at its center are affluent, independent, and frankly sexual. Like so many people in business today, Devon finds romance and workplace to be a volatile mix (though not in the way you might expect). And the book’s advanced treatment of the difficulties besetting seriously successful businesswomen is farsighted and provocative.

Also noteworthy: The novel focuses on a particular industry that offered women early opportunities for success. “The very notion of femininity, emphasizing women’s innate taste for beauty, opened opportunities for women in this business, even as it restricted them elsewhere,” wrote historian Kathy Peiss in her book Hope in a Jar: The Making of America’s Beauty Culture. “And women seized their chances, becoming entrepreneurs, investors, manufacturers, distributors and promoters.”

Devon, who is all of the above, has played out her romance with her right-hand man, Jasper Doolittle, by the time the book begins. The real story, which starts in 1941, is her post-Jasper married life with scientist Tim Wainwright. Wainwright has abandoned a promising career as a researcher to run Devon’s lab, which concocts the company’s highly profitable perfumes, makeups, and lotions. After seven years, the marriage and the business relationship are in trouble. “I’m not interested in beautifying the American woman,” Tim says, sounding like a bit of a feminist himself. “I don’t give a damn if their noses gleam like beacons and their lips are white as dust. I’m through, fed up with this rot about nourishing their flabby skins and searching out formulas that will shrink three chins into two. It’s a colossal hoax and a shocking waste of time.”

Tim is impatient to return to his original research interest — burn treatments, which will prove timely when America gets into the war. And he can’t stand the notion that without his Devonshire House salary he can’t pretend to hold up his end financially. At one point, Tim seems disappointed that Devon’s mink coat didn’t come from a former lover but from her own ample earnings. “I’m sorry if I sound like a prig,” he says, “but, damn it, I can’t help it, I think a man ought to support his wife.”

When Tim moves out, Devon gets involved with a man who is all too pleased by her success. Not only is Kurt Fabri drawn to her money, but he’s also irresistible to other women, and he has no intention of giving any of them up for Devon’s sake. For all her hardheaded business sense, she falls for the heel anyway, and divorces Tim. Kurt even has the nerve to sleep with one of Devon’s key managers while engaged to her boss — an explosive bit of news that reaches Devon in humiliating fashion through another manager. Various twists and turns will keep readers guessing about true love’s course till the end, when Devon and her fans will both want a box of Kleenex (presumably the kind with moisturizer) at hand.

In Bed We Cry isn’t going to make anyone forget Virginia Woolf. But it is great fun, largely thanks to its shrewd, big-hearted heroine and its author’s worldly wit. Of Devon’s salons, we are told, “The client went through the green door at ten a.m., and she emerged at five, feeling like a new man. Furthermore, her chances of snaring him were good.”

Like most successful business leaders, Devon is a fair and generous employer and passionate about her work. But not everyone is equally invested in a business that she sees as a flesh-and-blood part of herself. “Her capacity for work was enormous,” Chase writes, “and it never occurred to her that others did not share her enthusiasm.” Arriving home at the end of yet another interminable day, she is greeted by her butler. “Would you like cocktails or highballs,” he asks, “and shall I bring something to go with them?”

Arriving home at end of yet another interminable day, she is greeted by her butler…. ‘I’ll take daiquiris and a pearl-handled revolver,’ Devon tells him wearily.

One virtue of older novels is the vivid way they can recreate a time when the world was a very different place socially and technologically, two categories of change that should be of interest to anyone in business. One Sunday, for example, at a New York Giants football game, Tim learns from nearby reporters that Pearl Harbor has been attacked, and we get a snapshot of a vanished world: “Just below the box in which he and Larraine were sitting were the newspapermen photographing the game. A small crate beside them held the Journal-American’s carrier pigeons, who when released flew back to the office with rolls of film clipped to their legs to make the early editions.”

Signs of big social changes are already visible. During a visit to Devon’s country house, she and her female friends pack the guys off and have a fascinating discussion about being far more successful than most men. By then America was in the war, and the friends foresee that it will lead to enduring changes for women in the workplace and in society: “‘Well, it seems to me,’ and Devon spoke with weary resignation, ‘that women do their part pretty well in the new economy. It’s the men who can’t adjust.’”

To a degree, men have adjusted. Today, half of women make as much as or more than their male partners. And “assortative mating” has been rising for years, meaning men and women of similar income and education are increasingly likely to marry one another. Still, nontraditional earnings imbalances remain difficult for many couples. A 2015 study in the Quarterly Journal of Economics found that “couples where the wife earns more than the husband…are less satisfied with their marriage and are more likely to divorce.”

Devon Elliott knew it all along.