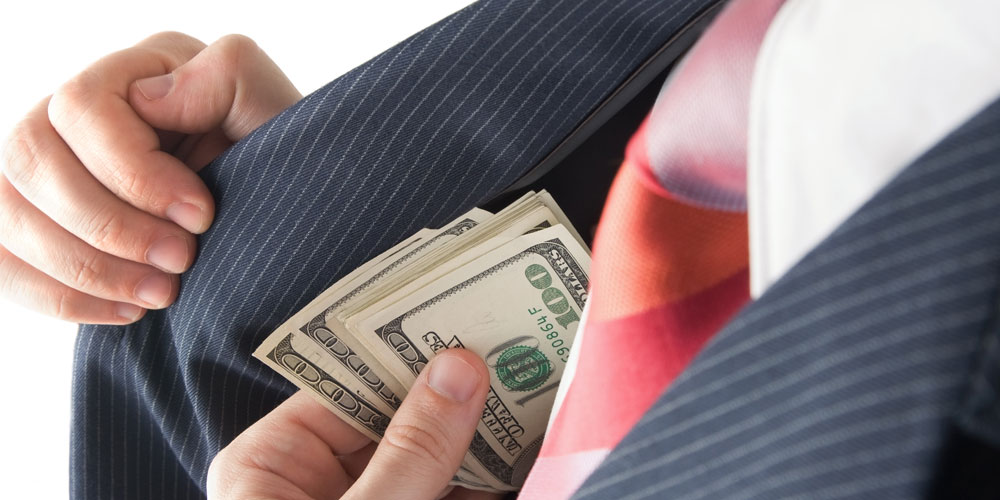 In the 1930s, Richard Whitney was one of the most respected figures on Wall Street. A four-time president of the New York Stock Exchange, Whitney had won fame in 1929 when, with the backing of leading bankers, his ostentatious buying temporarily halted frantic selling on the trading floor.

A decade later, his reputation lay in tatters. By 1938, it emerged that Whitney had covered huge losses in his own portfolio by embezzling from others, including the New York Yacht Club, which he served as treasurer, and his father-in-law’s estate. To many people, he became a symbol of the rot they perceived at the core of American finance, and he served more than three years in Sing Sing for his crimes.

Whitney was the ultimate patrician. How could a person with all his advantages do such a thing? That is the question at the heart of The Embezzler, a brilliantly fictionalized version of Whitney’s story by that indefatigable chronicler of New York’s bygone WASP aristocracy, Louis Auchincloss. An attorney, Auchincloss somehow also found time to write nearly 70 books, most of them novels. He was a virtuoso storyteller and brilliant psychologist who put money and morals at the center of many of his works.

His habitual milieu should be of interest to anyone in a leadership position, because hardly anyone since Shakespeare has done a more effective job of anatomizing a society’s upper crust — a task in which Auchincloss was only following in the footsteps of Sophocles, Tolstoy, and many other greats. Today’s business world is dominated by a new kind of elite, and it can be illuminating to observe the ways in which old and new compare.

The Embezzler, first published in 1966, is a cautionary tale, because in business, failure is always an option. What matters is how you fail. Have you done so honestly and even usefully? Were your actions moral as well as legal? And can you bounce back?

In business, failure is always an option. What matters is how you fail.

Auchincloss is just the man to bring these issues dramatically to life, in a novel that is at times shockingly good, is never bad, and is always compulsively readable. A lifelong misfit born into the upper crust, Auchincloss was bullied and abused at Groton, dropped out of Yale, and spent most of his career as a trusts and estates lawyer, a role that kept him perennially immersed in matters of family and wealth while leaving him time and energy to write. Best of all, he understood his tribe yet nursed few illusions about it.

The Embezzler is a story told in Rashomon style by its three leading characters: the stockbroker Guy Prime, his banker friend Rex Geer, and the woman they both love at various times, Guy’s wife, Angelica. Auchincloss doesn’t distinguish the voices of the three individuals terribly well, but they were, after all, products of the same social and educational milieu. And they are all keenly insightful. In his virtuoso narrative, the account of each character enhances, contradicts, and clarifies — often shockingly — what has come before.

In the first of the three “memoirs” that make up the book, Guy recalls his time as a popular Harvard student determined to make a friend of the difficult and distant Rex Geer, one of eight children of a Vermont Congregationalist minister, who struggles to earn the money to stay in school. Rex is getting ready to give up. But Guy, by using his gifts of high birth, good looks, and charisma, intercedes with a professor to learn that Rex will soon win a lucrative prize for an economics paper, enabling him to remain in school.

Their friendship cemented, Guy lands both of them jobs at the venerable New York banking house of de Grasse Brothers. But Rex, the more cautious and industrious of the two, is the more natural banker, while Guy is soon established with his own brokerage, one that eventually handles transactions for de Grasse. Rex and his bank weather the crash of 1929 (and the ensuing Depression) well enough. But Guy secretly struggles, and to cover occasional borrowing he falls into the habit of pledging other people’s securities as collateral.

Eventually, Guy encounters a perfect storm of setbacks. “Foolish investors always blame their failure on bad luck,” he acknowledges. “But I wonder if even the wisest watcher of the market could have foreseen the hurricane that wrecked my Caribbean resort island, the patent suit that delayed the production of my Vita-Glass houses, the title flaw that paralyzed my phosphate mines, the federal investigation that slandered my tranquilizer pills. If only one of these projects had been realized in 1936, my troubles would have been over.”

In his version of events, Guy suggests that his increasingly reckless transgressions are inspired by his anger at Rex and Angelica. Reading between the lines, we sense the vain and imperious figure he has become — one filled with self-loathing and perhaps even prone to violence. The illusion of Guy’s frankness is further undermined by Rex’s account, which nonetheless confirms his own morally compromised position.

Things look more different still when Angelica weighs in with her own devastating version of how these three lives intersected. Auchincloss, unlike many male novelists of his generation, was good at depicting women, especially Angelica’s genteelly Machiavellian mother. I won’t spoil the fun by saying more, except to assure you that once you’ve gained everyone’s perspective, your understanding will be considerably enriched, even if your certainty about the true nature of the players will be shaken.

About Guy, of course, there is far less moral ambiguity, for he has destroyed his wealth, his good name, and his freedom — to say nothing of the happiness and security of his family. Even discounting for his habitual vanity, it’s clear he understands the ramifications: “Guy Prime was an institution on which a small multitude of people depended: my old father, who lived, at almost ninety, like Anchises, on the vision of my glory, my partners and employees, my children and servants, even to some extent Rex himself and his sacred de Grasse partners.”

Guy’s defalcations, like Whitney’s, help bring about powerful new federal securities regulation of the kind his colleagues loathed and feared. (Although Auchincloss has said his book was inspired by Richard Whitney, it’s hard to imagine he wasn’t also influenced by Thomas Lawson’s Friday, the Thirteenth, another novel of two Harvard friends, one born into money and the other determined to make some, whose Wall Street fates diverge.)

The Embezzler is full of references to classical Greece, and these seem to suggest the author’s view of why someone like Guy Prime — or Richard Whitney — would do things so foolish and wrong and self-destructive. The main reason, Auchincloss seems to imply, is character. Guy’s is patently deficient, and that poses grave risks to everyone in his life. We have recently seen, on a much grander stage, how explosively power and bad character can combine.

Guy, moreover, is not just insecure and entitled — he’s also enabled by membership in a powerful caste. Status and wealth can impart a dangerous sense of impunity, a sense that had once reflected, for business leaders, some real insulation from consequences. That made it too easy, perhaps, to go too far. Today, instead of enjoying immunity, executives must take care to remain scrupulously beyond reproach. It’s clear from The Embezzler that failure is an option at all times, no matter who you are. The challenge is building resilience into your life, so that you won’t be tempted to do the kinds of things — born of desperation, delusion, or entitlement — that turn garden-variety setbacks into outright catastrophes.

Why financial-services companies should set up their own talent exchanges
Gig workers present a major cost-saving opportunity. Engaging them in a smart way presents an even bigger one.
by John Garvey
Digital issue