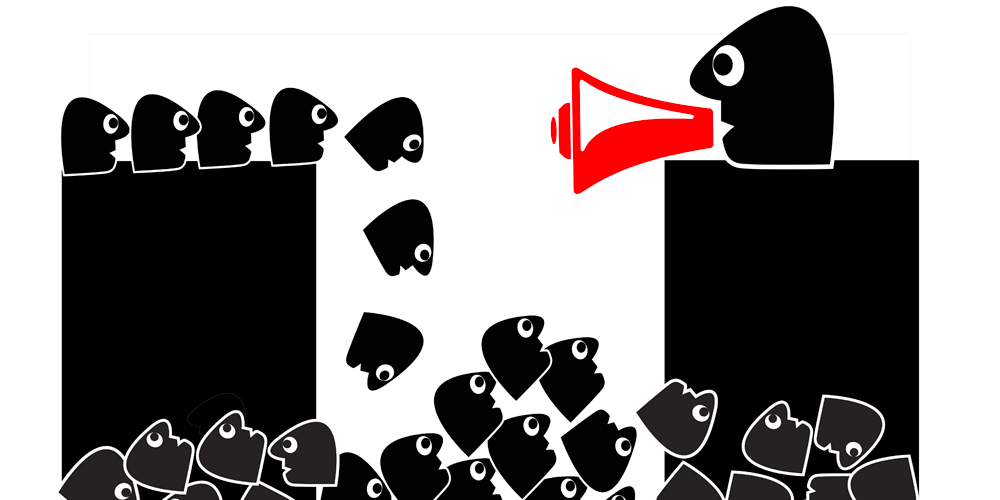 The great French novelist Gustave Flaubert offered some famous advice to writers: “Be regular and orderly in your life, so that you may be violent and original in your work.”

Thomas Lawson evidently never got the memo. For a brief period, around the turn of the 20th century, he was one of the most controversial stockbrokers and muckrakers in America, publicizing Wall Street finagling even as he was participating in it. Lawson was one more thing as well: a novelist. His 1907 Wall Street melodrama Friday, the Thirteenth, a gripping if overwrought page-turner, exemplifies the many works of “panic fiction” that erupted from the financial earthquakes that regularly shook Americans in those days. The book is about — what else? — Wall Street, which is where the author intended to create an earthquake of his own.

Far from following Flaubert’s advice, Lawson led a life that was neither regular nor orderly. And unlike the author of Madame Bovary, his goal in writing wasn’t to produce art for art’s sake. Lawson claimed that his real aim was to bring down the financial system, or at least the stock market, which he judged from firsthand experience to be hopelessly corrupt. At the peak of his influence, Lawson’s exposés won him an army of loyal followers who — resembling something of an early Twitter mob — were willing to march forth into the securities markets and do his bidding.

The trouble is that Lawson was also trading as he was mobilizing. And the small investors he claimed to want to protect from the predations of powerful Wall Street interests were sometimes devastated by the financial downdrafts he unleashed. Indeed, Lawson appears to have been a fabulist long before he wrote his first novel. Nonetheless, his amazing exploits demonstrated the power of rhetoric in a culture that was hungry for sensation, justifiably skeptical of institutions, and beset by glaring inequality. He showed that massive resentment could be weaponized by someone adept at using the era’s burgeoning mass media. Sound familiar?

Lawson showed that massive resentment could be weaponized by someone adept at using the era’s burgeoning mass media. Sound familiar?

That’s what I thought. I first learned about Lawson while reading a fascinating book called Panic! Markets, Crises, and Crowds in American Fiction, by David A. Zimmerman, an English professor at the University of Wisconsin. (He’s also a singer and songwriter whose musical works include a folk-infused reflection on the crash of 2008.) Zimmerman draws attention to a mass of mostly little-known fiction arising from the periodic financial panics that, by the turn of the 20th century, inflicted instability throughout the country.

In late 1904, Lawson warned repeatedly of a coming crash. His pronouncements, Zimmerman writes, “triggered a panic wiping out almost half a billion dollars of market value in three days, which convinced him that he could produce a more disastrous panic that would topple the nation’s financial structure. Between 1904 and 1907, using advertisements, financial newsletters, magazine exposés, and melodramatic fiction, Lawson attempted to forge an army of small investors who would, on his command, sell their stock holdings en masse and ignite a financial cataclysm.”

Lawson made a particular splash with a regular stock market exposé serialized over the course of 20 months, beginning in July 1904, in a periodical entitled Everybody’s Magazine. The series was so eagerly awaited that when installments appeared on newsstands, people fought over the copies, and Everybody’s lived up to its name by quadrupling circulation and becoming America’s biggest magazine. Published in book format as Frenzied Finance, Lawson’s histrionics purported to reveal the role of John D. Rockefeller’s Standard Oil in the corrupt trading of Amalgamated Copper stock, in which Lawson claimed to be a victim: “I have unwittingly been made the instrument by which thousands upon thousands of investors in America and Europe have been plundered.”

But Ron Chernow, in his definitive biography of the oil magnate, Titan, reports that Rockefeller wasn’t the guilty party; John’s brother William and his partner Henry Rogers were behind the odious business, which involved a massively oversubscribed offering, stock allotments to favored politicians, and dumping by insiders soon after issue. So Lawson was onto something, even if he sensationalized freely. (He claimed to know of at least 30 suicides from the affair.)

Yet Frenzied Finance was also part of his effort to gain power over financial markets by persuading investors to trade based on their outraged conscience. Lawson’s readers would recognize it as akin to a movement that many people now embrace: “ethical” investing. Lawson, Zimmerman writes, “cultivated his public image as a revolutionary leader, a financial messiah providentially chosen to guide Americans out of financial slavery.”

Lawson’s turn to fiction came in the context of a rich American tradition of novels that tried to mobilize sentiment to bring about reform. Other examples include Uncle Tom’s Cabin (1852), by Harriet Beecher Stowe, which stimulated revulsion against slavery, and The Jungle (1906), by Upton Sinclair, which, despite its broader political and social aims, mainly stimulated revulsion against meatpacking practices (and helped bring about their federal regulation). “I aimed at the public’s heart,” said Sinclair, “and by accident I hit it in the stomach.”

Novels once had such powers. News that no less a figure than Thomas Lawson was writing one made the front page of the New York Times, and presales for Friday, the Thirteenth reached 25,000 copies. Lawson’s novel, like some of Sinclair’s allegations against meatpackers, first appeared in Everybody’s. After serialization it was brought out as a book in 1907, electrifying the public. (Today it’s a free download.)

All these years later, it’s still worth a look, much the way that certain operas, silent films, and sentimental stage productions reward renewed attention by moving us with their stylized emotionalism while educating us about history. Friday, the Thirteenth is the story of Jim Randolph, the level-headed narrator, and his bosom friend Bob Brownley, classmates at prep school and Harvard who have come to New York to work on Wall Street, where Randolph’s father runs a respected investment firm. Jim is expected to succeed him someday. But Bob, the ambitious son of a high falutin’ but impecunious Virginia family, decides to seek his own fortune in the market before joining Randolph. And with backing from Jim’s father, he succeeds.

Enter Beulah Sands, the radiant and formidable daughter of Judge Sands of Virginia. Judge Sands, supposedly a man of high integrity, finds himself on the losing end of a stock scheme that threatens to reduce him to poverty and wipe out the families for whom he’s served as trustee. Through her family’s connections, Beulah seeks Bob out in hopes of quickly multiplying the remaining Sands capital to cover previous losses. Beulah, it turns out, has a head for business, a fury for righteousness, and nerves of steel. Jim and Bob are smitten, but the former is married. The latter, whose feelings are reciprocated by Beulah, falls wildly in love.

The stock characters, if you’ll pardon the expression, ham it up wildly in this book, which also features an excruciating Yiddish accent, a lot of folderol about hot Southern blood, and a tearful “mammy.” But if you treat this hoary novella as a long-lost Greek tragedy rather than an old-timey tear-jerker, you’ll appreciate the rollercoaster thrills of the market’s ups and downs as Beulah and Bob try to redeem the Sands family’s honor through speculation. The suffering, which includes murder and madness, will strike modern sensibilities as more genuine, too. And you may also learn that, as burdensome as investment regulation can be, and as troubling as you might find the actions of central banks, things were a lot worse without them.

As to Lawson: Not long after Friday, the Thirteenth came out, the Panic of 1907 erupted, ending years of prosperity and causing a lot of anguish. But it wasn’t Lawson’s doing. Though he inspired some terror, he never succeeded in bringing down the house. He reacted to the panic not just by turning his back on writing but also turning on the public, which became the target of his unexpected scorn. Going forward, ostensibly to recover what he’d spent on his crusade, he would focus entirely on trading stocks — no doubt a better racket than writing about them, even back then.