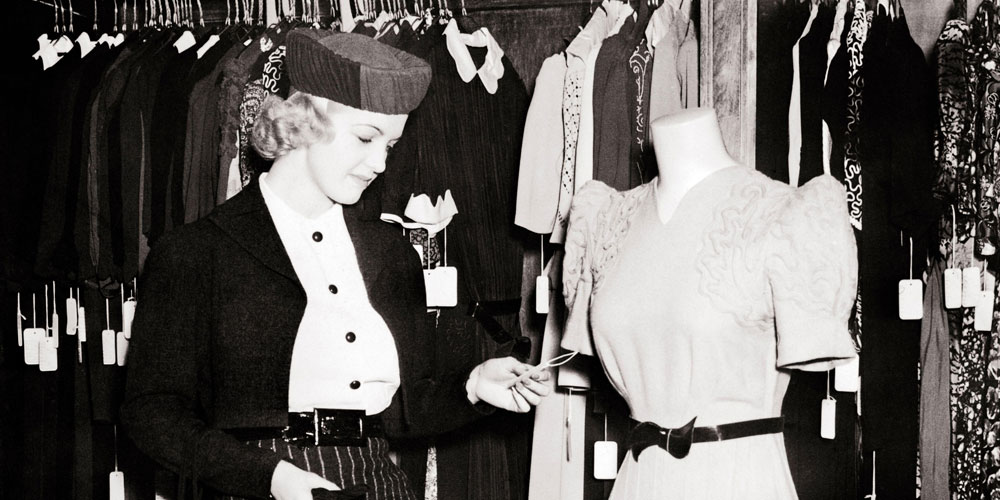 Never overlook the role of technology in the emancipation of women. The washing machine, the birth control pill, the myriad inventions that diminished the need for brute strength—all accelerated the convergence of gender roles in business and in life. Even the bicycle played a part; Susan B. Anthony said in 1896 that it had “done more to emancipate women than any one thing in the world. I rejoice every time I see a woman ride by on a bike.”

No less important was the technological and managerial evolution of the “rag trade,” which for the better part of two centuries has provided a path (however arduous) toward freedom and equality for women in developing countries—including Britain and the United States in the 19th and early 20th centuries. Virginia Postrel, who stitches a grand history of textiles in her book The Fabric of Civilization, reminds us that Athena was the goddess of weaving, among other things, and that “the Greeks called her domain ‘techne,’ a word that shares a root with both technology and textile.”

This interweaving of fabric and invention is the basis of High Wages, Dorothy Whipple’s irresistibly shrewd novel of business and love. First published in 1930 in Britain, it’s about a plucky young woman who succeeds in the clothing business, in part by anticipating the huge changes about to wash over the industry as a result of mass production. As retailing today is overtaken by the online revolution, it’s worth revisiting the human drama of an earlier but no less momentous transformation.

The year is 1912. Seventeen-year-old Jane Carter, a Lancashire orphan who’s had to leave school to earn a living, chances across a job posting at a draper’s shop called Chadwick’s, one of the better stores in the fictional town of Tidsley. A “draper” in those days sold fabrics and sewing materials, much of it used by women to have custom dresses made up by local seamstresses, if not by themselves. Clothes were expensive and required a lot of labor; a nice pair of gloves set Jane back nearly half a week’s wages.

Regular readers of this space will detect unmistakable echoes of The Old Wives’ Tale, Arnold Bennett’s great novel of business, which concerns the Baines sisters and the draper’s shop they grow up in. In High Wages, Jane’s fellow shop assistant, Maggie, is a friend and not a sister, but they too live at the draper’s shop. And as with the Baines sisters, only one of whom seems born to business greatness, Jane quickly distinguishes herself by her intelligence and ambition. “She was full of plans these days,” Whipple writes, “full of mighty plans to grasp the whole globe in her two arms.”

Jane is soon invaluable to her plodding employer, the alternately pompous and obsequious Mr. Chadwick. In her spare time, she hikes the surrounding countryside with Maggie, whose reluctant beau, Wilfrid Thompson, provides the third side of a budding love triangle. An aspiring poet who works in the town library, Wilfrid ignites Jane’s love of books—and at one point we find her reading none other than The Old Wives’ Tale. Innocent of her own charms, Jane is insensible to the flame she’s ignited in Wilfrid. She prefers handsome young Noel Yarde, who will eventually marry the idle and insipid daughter of Mr. Chadwick’s biggest customer, the insufferable grandee Mrs. Greenwood.

The mass production of textiles and clothing, hard as it has been on its workforce, nonetheless created paid employment for women, opened opportunities for their advancement in retailing, and democratized apparel.

Chadwick, it must be said, is a terrible manager, if not an unusual one. Hamstrung by loss-aversion and status-anxiety, he’s resistant to change and even chooses his church on the basis of how much money the parishioners have. He’s also a miserably shortsighted employer. He sustains Jane and Maggie on the smallest possible rations, brazenly cheats them of hard-earned sales commissions, and refuses to pay their paltry wages if they are too sick to work. Instead of rejoicing in having hired someone who is smarter than he is, Chadwick shows himself all the more foolish through petty displays of dominance and know-it-all pronouncements. But even he will have to admit that Jane is too good to let go.

Tidsley can barely contain her. On a trip south to Manchester on her afternoon off, Jane is in heaven, soaking up business insights and even appreciating the ugliness of the place as a sign of its dynamism, for “it was no feeble, trickling ugliness, but a strong, salient hideousness that was almost exhilarating.” In the big city she discovers that some of the best shops dress their windows all in a single color for maximum impact. Chadwick, not surprisingly, is unimpressed. “‘The windows do very well, Miss Carter,’ he said with dignity. ‘I have dressed them myself for twenty years, and I don’t think you can teach me anything about window-dressing.’”

Windows prove to be the least of Mr. Chadwick’s problems, as Jane realizes that everyone’s clothes will soon be made in a factory. “You know, Mr. Chadwick, those ready-made coats in Fenwick’s frighten me. If you don’t look out, Fenwick’s will capture all the ready-made trade in dresses and blouses that’s coming to this town. Because it is coming. I’m sure. The day of the private dressmaker is over.”

She foresees that the ready-to-wear revolution will require changing rooms for in-store fitting, and give retailers a larger role in setting the direction of fashion by putting finished garments in their stores in place of fabrics. And lower prices will put more dresses within reach of more women. When she manages to browbeat Chadwick into some grudging changes in this direction, profits roll in even as her wages barely budge.

Employees everywhere, take note: Jane’s work is so profitable that it precludes her dismissal. When she accidentally creates a scene at a fancy ball by resisting a man who tries to force himself on her, Mrs. Greenwood demands her firing, potentially costing Jane her livelihood and the roof over her head. But Jane defends herself stoutly to Chadwick, insisting she’s more valuable to the store than the hateful Mrs. Greenwood. “I have increased your sales, haven’t I? And I have developed the trimmings and dress materials, haven’t I?’ He wouldn’t answer. ‘A lot of customers ask my advice now,’ pursued Jane, ‘because, you see, you can’t advise them on dresses.’”

When a kindly older woman, grateful for Jane’s sartorial advice, offers to lend her the money to open a shop of her own, she jumps at the chance. Jane’s experience will be familiar to anyone who has started a business—especially women. Whipple chronicles all the enthusiasm and labor and worry attendant to any startup, but also unwanted sexual advances during a buying trip to London from men who see Jane as more—or perhaps less—than a customer or business associate. In the stories of Edna Ferber, a fictional contemporary of Jane’s named Emma McChesney runs into plenty of the same obstacles while covering the Midwest as a traveling saleswoman for the T.A. Buck Featherloom Petticoat Company.

High Wages is a marvelous book but, like every other novel, imperfect. The wrenching final chapters, concerned with Jane’s hopeless love for Noel, teeter vertiginously on the edge of melodrama, but so does every doomed romance. For the most part, Whipple writes with tremendous authority and restraint, spinning her tale with flawless pacing and thrilling emotional dexterity.

It’s apt that her independent-minded heroine makes a success of a store selling ready-to-wear garments. The mass production of textiles and clothing, hard as it has been on its workforce, nonetheless created paid employment for countless women, opened opportunities for their advancement in retailing, and democratized apparel. Soon, everyone could have a wardrobe, even if it would someday contain mostly sweatpants and torn jeans.