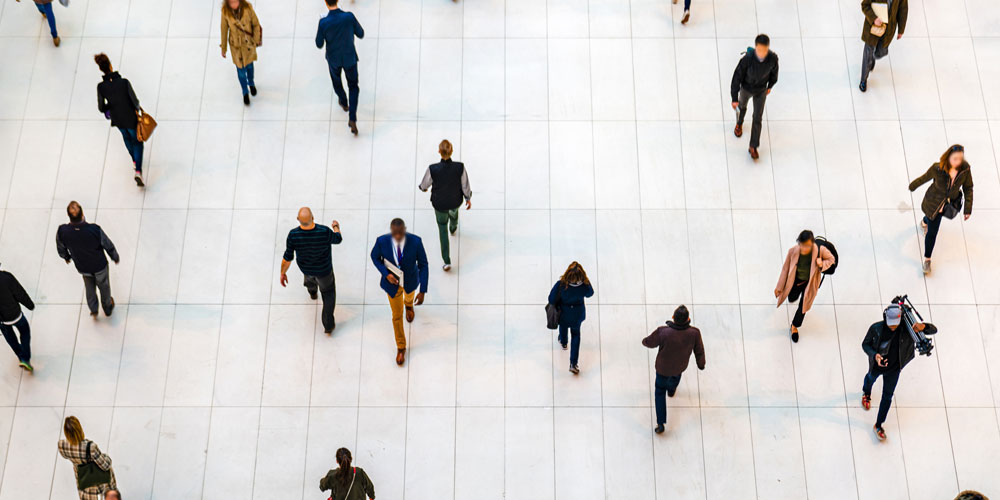 The coronavirus pandemic has created significant distortions in our sense of time. But let’s rewind to August 2019, a safer, long-ago era, when arguments about masks were more focused on costume parties than scientific data.

That is when the Business Roundtable published its opinion about the purpose of a corporation, proclaiming that companies should no longer act only in the interests of shareholders. Instead, the group of CEOs said, companies should also invest in their employees, protect the environment, and deal fairly with their suppliers.

“While each of our individual companies serves its own corporate purpose, we share a fundamental commitment to all of our stakeholders,” read the statement by the Roundtable, which represents and lobbies for many of America’s largest companies. “We commit to deliver value to all of them, for the future success of our companies, our communities and our country.”

The pronouncement was widely seen as a departure from a decades-old ethos, articulated most famously by Milton Friedman, the University of Chicago economist, who said in 1970 that “the social responsibility of business is to increase its profits.” That singular focus made heroes (at least for a time) of CEOs such as “Neutron Jack” Welch of General Electric and “Chainsaw Al” Dunlap, who was also nicknamed “Rambo in pinstripes” for his turnaround strategies, which often involved laying off workers and closing factories to steadily lift share prices.

But the Business Roundtable edict has prompted chin-stroking debates, particularly among academics, about whether anything will actually change in the way companies operate. Skeptics argue that the statement’s broad focus can be regarded as little more than window dressing, and that CEOs ultimately answer to investors who are singularly focused on getting a healthy return. Given how CEO compensation packages are typically structured, they note, pushing up the stock price still remains the biggest carrot for executives.

I’ve been following the back-and-forth with interest, and I’ve been struck by how much it feels both dated and overly intellectual, like a debate over how many shareholders — oops, I mean angels — can dance on the head of a pin. As we take stock of all that has changed in 2020, I would rank highly the idea that the role of corporations in society is dramatically different and will continue to evolve. That transformation is a result of many forces that are pushing and pulling companies in new directions.

The wall between personal and professional, separating work and life, has fallen. For those who can work remotely, employers are now a presence in kitchens and dens and home offices and the messiness of everyday lives. The strains of this new type of existence are forcing companies to step up their efforts to care for their employees, including for their mental health.

After the many horrific racial incidents of 2020, including the killing of George Floyd by Minneapolis police officers, social justice activists and the Black Lives Matter movement pulled companies in from the sidelines to take a stand on racism. A lot of it felt performative, little more than “we stand with you” statements. But many companies promised to do more, including issuing regular reports on their workforce diversity and committing to increasing the representation of Black executives on their leadership teams. For example, achieving diversity goals helps determine one-sixth of the cash bonus of Satya Nadella, Microsoft’s CEO, which last year totaled US$10.8 million.

This year, so many of society’s problems have rolled past the front doors of government agencies and onto the doorstep of corporations to solve. The old approach to writing mission statements about the purpose of a company seems increasingly like an empty-calorie exercise, like WeWork’s original ambitions, before it pulled its IPO, that professed it exists to “elevate the world’s consciousness.”

This year, so many of society’s problems have rolled past the front doors of government agencies and onto the doorstep of corporations to solve.”

Employees now want more concrete answers on where their employer stands on certain issues. And they expect more action than talk, as when hospitality giant Marriott International’s CEO Arne Sorenson announced at the start of the pandemic that he would be forgoing his salary for the rest of the year and his executive team would be taking a 50 percent pay cut.

And so, CEOs are now becoming more like politicians, who have to be prepared to answer questions on just about any aspect of society. That’s a sharp departure for chief executives, whose compasses were previously pointed in a fixed direction toward shareholders.

“The role is evolving, and it’s going to require a different kind of intelligence and greater situational awareness,” said George Barrett, former chairman and chief executive of Cardinal Health. “The job requires managing multiple levers. It used to be that most of these levers were behind the scenes. They were operational. There were a couple of stakeholders who had big, loud voices, and leaders tended to focus on managing them. Today, everything is louder, and leaders must be attentive to more engaged stakeholders. That requires a pretty skillful hand.”

Chip Bergh, CEO of Levi Strauss, echoed Barrett’s insights: “You have to navigate all the different stakeholders and do the right thing. You also have to decide where you draw the line. Where do you weigh in? Because if you stand for everything, you stand for nothing. So we pick our spots about when we comment, and sometimes those are tough calls.”

At Levi Strauss, this has included protesting the immigration ban that U.S. President Donald Trump put in place early in his administration and taking a stand on gun safety in 2016, after a customer shot himself in the foot while in a Levi’s store. After that incident, the company told customers they could no longer carry guns in its U.S. stores.

Everyone, including employees, customers, and certain institutional shareholders, is expecting and demanding more from companies: that they embrace diversity in a meaningful way. That they stand for something, and show meaning beyond marketing buzz phrases. That they care about the environment and dealing fairly with suppliers. To win in business over the long term, you need to attract and retain the best talent, and the best talent now expects more from employers than a paycheck. Boards of directors are recognizing this, and they are starting to adjust the pay packages of leadership teams to deliver results, not just talk, on things like increasing diversity.

Many people are contemplating the “new normal” and the “next normal,” wondering which aspects of life will be changed for good and which will revert to how we lived and worked before the pandemic. Fifty years from now, when somebody sits down to write the history of the corporation’s role in society, 2020 will deserve at least a few chapters about how it was an inflection point. I’m in the camp that believes the debates about “stakeholderism” are over. The shifts that took hold in 2020 represent a permanent new direction.