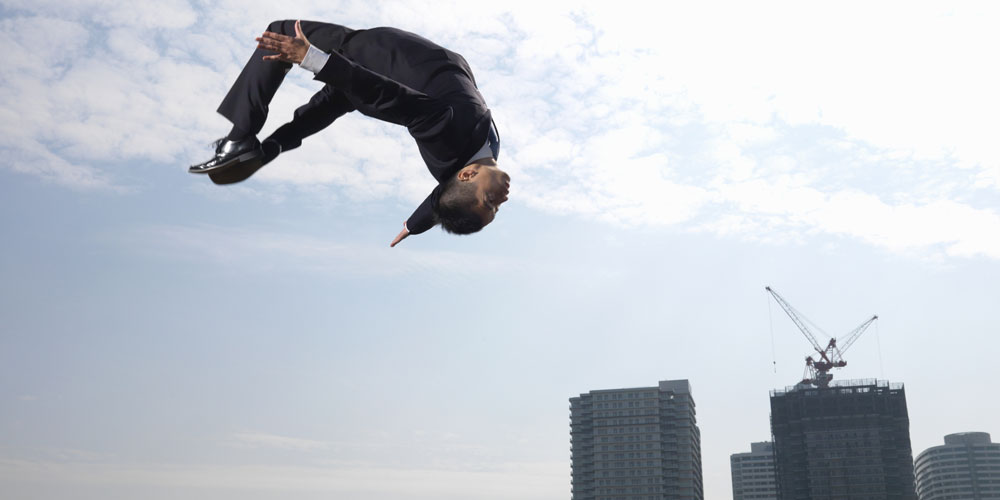 Some of the links between creativity and risk are pretty self-evident. Creativity is all about trying something new, exploring the unknown, and accepting uncertainty and the possibility of failure. In the corporate setting, we understand intuitively that creativity fuels strategy, innovation, and growth. In a world where machines are taking over predictable, tedious tasks, it’s no surprise that there’s a mounting premium on the kinds of skills, such as creativity, that machines cannot (yet) replicate.

But there’s a less appreciated benefit of creativity that is just as powerful. Creative employees are more likely to take the kind of “good” risks that lead to innovation. They’re also willing to take the social risk of speaking up to help to steer the team out of harm’s way. That’s why the squeaky wheel—the whistleblower, the skeptic, the constant questioner—may also be a reservoir of creativity.

To understand how these qualities are related, it helps to broaden how you think of creativity.

Many people associate art with creativity and innovation. But most of us only think of half of the picture when it comes to artistic creativity. Drawing is a highly transferable skill that, beyond its purely aesthetic applications, has been used in every great idea and invention throughout history, says the artist Drue Kataoka, who works at the intersection of art and technology. “From Leonardo to Edison and onward, they first drew something,” she told me. “They took a stick in the sand or chocolate on the back of a napkin. And they just started to formulate ideas, pulling out what was in their mind. That type of work helps develop skills around cultivating vision.”

It’s easy to see how drawing and art are connected to being comfortable with venturing into unknown territory and, in turn, to innovation. There are also some legendary drawings in the business world, including Jeff Bezos’s 2001 sketch of the Amazon flywheel.

But creativity is also about a willingness to consider and test ideas outside of the boundaries of conventional wisdom, and to acknowledge that what you think you know may be wrong. “You’re testing. You’re doing things that may be dangerous, and that may break something that you’ve created,” Kataoka said. “To really experiment is to do something completely outside of the scope of the way we’re thinking about a problem.” Beyond embracing uncertainty, that process brings the risk of an unwanted outcome or even outright failure.

In other words, the real power of creativity goes beyond artistic vision and the ability to imagine and build something new. Great artists, scientists, and thinkers are also willing to risk failure in the form of negative criticism and the social and financial ramifications that go along with their creative vision.

The late Sir Ken Robinson made this very point in the most-watched TED Talk ever: “If you’re not prepared to be wrong, you’ll never come up with anything original.”

Though the connection between creativity and risk-taking seems intuitive, social scientists have struggled to show a direct link between the two. That’s because measuring creativity itself has proven to be devilishly difficult.

“Past studies which aimed to explore the relationship between creativity and risk-taking have equated creativity to measures such as associational fluency, divergent thinking, tolerance of ambiguity, creative lifestyle, or intellectual achievements,” psychologists Vaibhav Tyagi, Yaniv Hanoch, Stephen D. Hall, and Susan L. Denham of the University of Georgia and Mark Runco of Plymouth University in the UK wrote in 2017, in Frontiers in Psychology. But, they added, “each of these measures only provides a narrow insight into some aspects of creativity.”

Adopting a different approach, the researchers looked at creativity as a multidimensional trait involving self-described personality and creative achievements, ideation (the process of forming new ideas), association formation, and problem-solving, among other qualities. They measured risk using two tests, one involving a roulette exercise and the other a questionnaire about how likely participants were to engage in ethical, financial, health and safety, recreational, and social risks. The resulting analysis suggested that the strongest link between creativity and risk-taking involves social risk—that is, speaking up, even when group or relationship dynamics encourage team members to stay quiet.

Though the research team showed a correlation between social risk-taking and creativity, it wasn’t able to determine which factor causes which.

Other research uncovers a similar type of link between creativity and social risk-taking.

“To be creative…is to take a risk that your ideas will be critically evaluated or worse,” author and speaker Todd Dewett told me. When conducting doctoral research, Dewett also noticed a gap in research on the link between creativity and risk-taking. So he designed a study around a concept he calls willingness to risk: a specific type of risk-taking that is intended to lead to productive outcomes for an organization, even if it may lead to negative personal consequences for an individual risk-taker. For example, employees may risk being reprimanded or ostracized if they flag potential drawbacks to the boss’s pet project, propose improvements to a revered flagship product, or advocate for innovations in a company when their peers resist change or are jealous of their turf.

“The development and discussion of new ideas is risky, because they represent disturbances in routines, relationships, power balances, and job security,” Dewett wrote in theJournal of Creative Behavior. His research documented a close relationship between creativity and willingness to risk. Dewett created a survey that he administered to more than 1,100 nonscientist employees of a US-based research and development firm. The survey looked at how specific behaviors by managers affected employees’ attitudes about both creativity and willingness to risk, which do not always move in lockstep. By granting employees autonomy—that is, the feeling of freedom to choose how to go about a task—managers supported their willingness to risk but not their creativity. To support both traits, managers needed to openly encourage them. Doing so may not directly make employees more creative; rather, it unleashes their ability to apply their creativity.

According to Dewey, companies can boost individual and team creativity in a variety of ways. All of them involve getting employees to be more comfortable speaking up and taking risks. “Leaders start the process by modeling the way they expect employees to behave; that is, by embracing ideas, efforts, and experiences,” he told me. The most innovative organizations may formally include willingness to risk in performance evaluations, asking employees questions such as, “What did you change? What kind of ideas or changes did you advocate for or support someone else in?”

That’s why your squeaky wheels—the people who are willing to speak up whether it’s welcome or not—may be the biggest assets your company has. They have the double advantage of bringing a creative spark, which supports the pursuit of new opportunities, while also being willing to raise red flags that can help your company avoid losses.