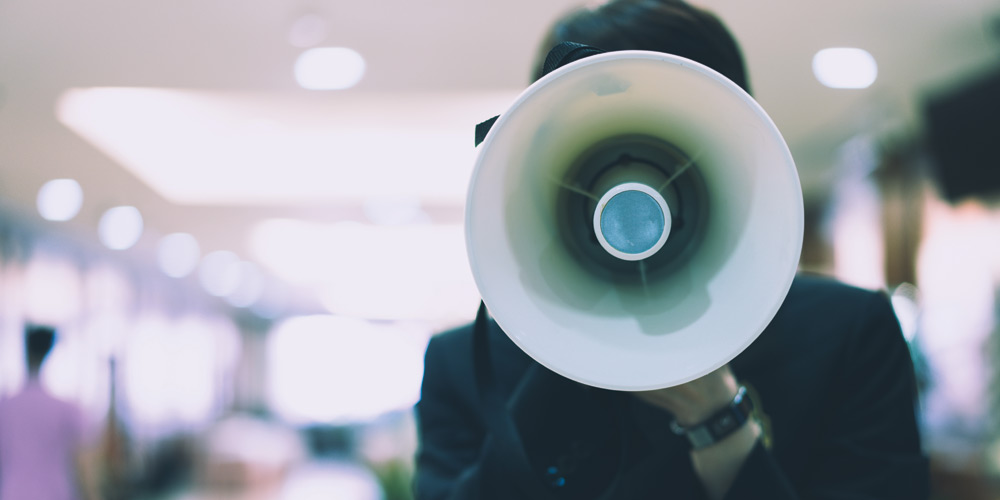 For many businesses, the fear of being displaced virtually overnight by a startup looms like a dark cloud on the horizon: Even if a company is reporting record profits, its leaders fear that stormy days are headed their way. “Most executives worry about disruption. There are new types of competitors and new technologies to understand,” PwC Pulse reported. In this era, the “forces of disruption can shake up an entire industry sector in less time than it takes most companies to update their IT systems.”

To fend off competition that uses technology to offer goods and services in a better, cheaper, faster way, organizations must constantly be evolving. And that means being open to new and innovative ideas.

The good news is that the greatest source of those ideas is already inside the organization. Employees constantly recognize problems with how business is done, and generate ideas for improvement. The bad news is that, too often, these same employees don’t speak up, either due to fear of challenging the status quo or because they believe it’s futile to even try. Gallup’s 2017 State of the American Workplace report found that only three in 10 U.S. employees strongly agree that their opinions seem to count.

“No matter how open you are as a manager, our research shows, many of your people are more likely to keep mum than to question initiatives or suggest new ideas at work,” business school professors James R. Detert and Ethan R. Burris reported in a 2016 Harvard Business Review article. Indeed, a 2018 MIT study (pdf) looked at the level of power employees have regarding various issues; when companies are implementing new workplace technology, for example, about half of workers report that they have no or little say.

After years of working with businesses on these issues, I’ve come to see the crucial elements that are needed to help all workers have their ideas heard.

Psychological safety has received significant attention in recent years. Harvard Business School professor Amy C. Edmondson, credited with coining the term, has defined it in these pages as “the belief that the environment is safe for interpersonal risk taking. People feel able to speak up when needed — with relevant ideas, questions, or concerns — without being shut down in a gratuitous way.”

But I’ve found that although businesses routinely tell employees that all ideas are welcome, many have not addressed the most pressing concern that takes that safety away: career repercussions. Far too many employees have seen that people who never challenge the status quo are cheered on as “team players,” and thus work their way up the ranks to powerful, high-paying executive positions. By the same token, employees who challenge leadership on how part of the organization is run often find themselves turned down for promotions — or even out of a job — not long after.

Businesses that want to evolve must make sure no one pays a career price for speaking up. In fact, employees should be praised openly for doing so, whether their ideas are pursued or not. And when employees are promoted, the announcements should specifically highlight times that person spoke up for and created substantive change.

(When I fought for fair parental leave at CNN/Time Warner, I initially challenged our policies internally. When those requests were turned down and I took legal action, other employees came out of the woodwork to tell me they had faced this same struggle but were too afraid to take action.)

It isn’t enough to simply have an “open-door policy” in which employees can stop by or sign up for times to discuss ideas with their managers. To evolve, businesses need structured, official opportunities for workers to present ideas.

Businesses that want to evolve must make sure no one pays a career price for speaking up.

In my workshops with corporations, we’ve discussed all sorts of ideas that help make this happen. Listening sessions, in which a group of executives establish structured times devoted to hearing disruptive ideas, can be very useful. Employees can sign up for slots, present their ideas, and answer questions. Some businesses even have internal Shark Tank–style competitions, in which the best disruptive ideas are rewarded with budgets to try to bring employees’ ideas to fruition.

Brainstorming sessions in which teams develop new ideas together can be helpful as well, provided that the moderator does a good job of helping introverted or shy employees feel comfortable participating. One or two people can be chosen to present the ideas up the ranks.

In your company, what happens after someone presents an idea? What’s the process? I’ve found that in general, most organizations don’t have one. Perhaps the idea goes straight to an innovation committee, which discusses it at a weekly or monthly meeting and follows up with questions. Or perhaps managers are tasked with discussing an idea with an employee and developing it into something they both believe should go up to the next level.

Businesses should create flowcharts showing the life of an innovative idea in the organization. This helps establish action steps and can prevent ideas from simply being forgotten. Each step should have a time frame attached, which tasks people in power with providing feedback, giving specific reasons to reject an idea, or moving the idea along to the next stage.

Ultimately, most ideas won’t turn into great opportunities for disruption. And, yes, getting these elements in place takes some time and effort. But if your organization is able to tap into the innovative ideas of employees, it will have the capacity to evolve much more quickly.