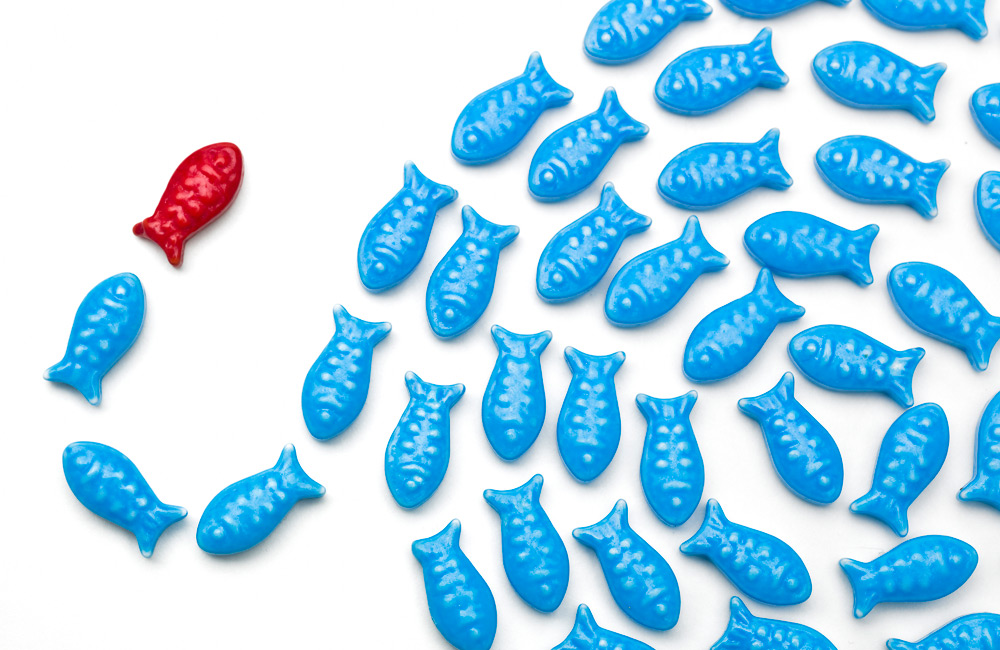 On December 3, 2019, a remarkable event took place in a hotel ballroom in Addis Ababa, Ethiopia. Forty top national leaders from every major political tendency, region, and ethnic and religious group stood on the stage — in front of national and international dignitaries and media, and broadcasting live to an even wider audience — and held hands and read a declaration of the actions they would take, together, to improve the country’s future. The moment was extraordinary because the leaders explicitly demonstrated a capacity and willingness to work together that was in sharp contrast to the violent fragmentation that had persisted in the country after years of political unrest.

They had spent the previous two hours presenting the conclusions of Destiny Ethiopia, the work they had been doing together for seven months to figure out what was possible for Ethiopia by developing four scenarios of the future. The event had been scrupulously choreographed to demonstrate the leaders’ unity and mutual respect. The welcome was given in five languages and English — not only in Amharic, the national working language and the mother tongue of the second-largest ethnic group. Each scenario was presented by two politicians from opposing parties, and the presenters were chosen by lot in front of the audience. The 40 team members spoke briefly about what the project had meant for them, with a bell signaling when their time was up, regardless of their rank.

What the leaders on the Destiny Ethiopia project are working to address in their country is not that different from what a company confronts during a transformation. After a long history of authoritarian governments, Ethiopia is attempting historic national reforms. Prime Minister Abiy Ahmed has upended the political landscape by releasing political detainees, allowing exiled dissidents and insurgents to return home, and appointing former prisoners of conscience to positions in institutions such as the electoral board. For these dramatic moves and for making peace with neighboring Eritrea, he was awarded the 2019 Nobel Peace Prize.

But all of these changes in how things work and who controls what create risks as well as opportunities, especially against a backdrop of deep ethnic, religious, and regional tensions. The same is true, although in a less dramatic context, when trying to create change in the workplace. For Ethiopians to transform their country democratically and sustainably — rather than forcibly and temporarily — they will need to build trust with one another. So must business leaders within their teams, if they intend to transform their companies. And leaders must model that trust-building process.

The Destiny Ethiopia team started by building trust among themselves. At the conclusion of their second workshop, one team member, a top opposition politician, was standing on the front steps of the rural hotel where they had been meeting. In the weeks prior to the event, during an upsurge of deadly political violence, members of his party had been rounded up by the government, and so he had been frightened about coming to the workshop and had asked the meeting organizer to arrange for him to travel, disguised, in a convoy guarded by commandoes. On that last day of the second workshop, the organizer asked the politician if he needed the same arrangements made for his trip back to the capital. The politician gestured toward his government counterpart, who was standing nearby. “No,” the politician said, “I’ll ride back with him.”

This politician made this dramatic shift as a result of meeting with, observing, and talking with his opponents during the plenary sessions, the small working group activities, and coffee breaks and meals. Such a process for building trust is not complicated but it is crucial.

The public event in the Addis Ababa hotel six months later made an impact on the country because it made visible the trust that the team had built among themselves and, by doing so, gave other citizens hope that they could do the same and succeed in transforming their nation. A common theme in the testimonials at the launch was, “I thought that it would be impossible for us to work together, but I discovered that it is possible.”

Since then, members of the team have appeared together in many television, radio, and conference interviews and panels — they even competed together on a game show. The whole country has been able to see that there is a radically different way of engaging with complex challenges than what they’re used to. They’ve seen their leaders be thoughtful, respectful, relaxed, and open with people they disagree with. In the midst of dangerous and unpredictable turmoil, Destiny Ethiopia has become a living example of a hopeful future. And there’s tentative evidence that the people of Ethiopia are following their leaders’ examples. Newspaper reports indicate that political violence has decreased significantly in recent months.

Lack of trust creates fear, defensiveness, and rigidity. By contrast, trust enables openness, fluidity, and a willingness to take risks. All transformations, whether of countries, communities, or companies, require such living examples of trust.