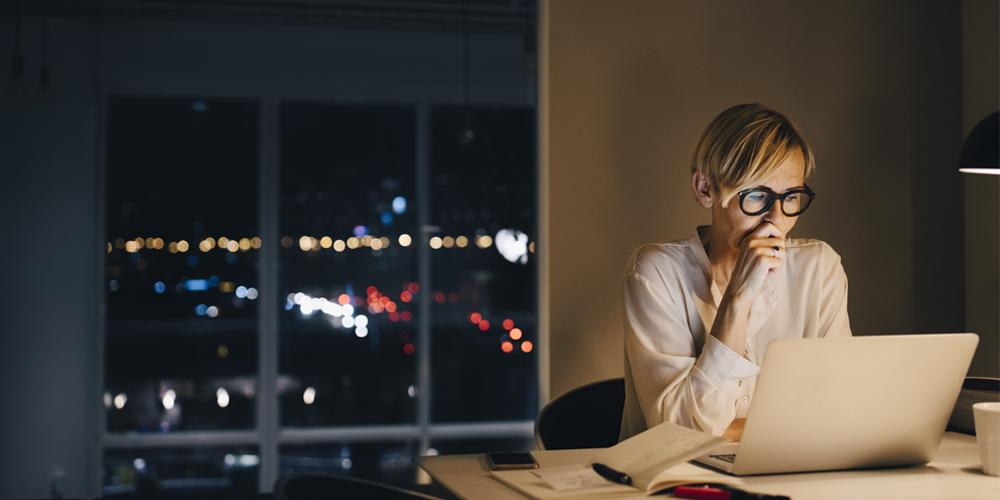 The 20th century gave us an enduring two-part shorthand for describing the intellectual horsepower and emotional skills needed to work effectively with people: first, there was IQ, which is a measure of intelligence, introduced in 1912, then 78 years later, in 1990, came EQ, which tracks how well people perceive and understand emotions. The 21st century has already made it clear that endless disruption, constant crises, and heightened ambiguity and complexity are going to be the norm. And so it seems we need to add another Q to help identify the skills that allow some people to thrive in these kinds of conditions.

This idea was crystallized for me in a recent conversation with Laura Fuentes, the chief human resources officer of Hilton. She shared the concept of CQ, or crisis quotient, a new dimension of leadership that the global hotel chain has adopted since the start of the pandemic in early 2020 to describe the attributes leaders need to excel. CQ, in her view, includes the ability to focus on what matters most and make decisions in the face of uncertainty.

“Before COVID, a lot of companies tended to be very expansive in their strategy and to go after a million things,” Fuentes said. “We’ve all suffered from ill-fated attempts at prioritization over the years.” But when the pandemic brought the travel business to a halt, Hilton, like other hotel companies, had to figure out how to weather the crisis without knowing how long it would last, and that meant making hard decisions, such as closing hotels around the world, laying off workers, and restructuring its corporate offices. “Once we focused on the things that were going to get us through this period, we were able to move with greater speed and agility,” she added.

Crises also demand psychological stamina of leaders. “When you’re going through these prolonged periods of uncertainty and volatility, that takes a toll on leaders and their teams,” Fuentes told me. “CQ means being able to find those deeper levels of connection, making time for self-care, and providing reality checks on our ambitious goals.”

Not just a fad

Such efforts to capture the ability to navigate our world are not just another pop psychology fad. They are based on experience, unlike the Barnum effect (BE), named after the showman P.T. Barnum, which describes how we can be gullible to vague descriptions of ourselves. The BE is, for example, the reason horoscopes, which link personality types to birth dates, are so popular.

It’s easy to come up with long lists of competencies that every senior leader must have, like strategic mindset and executive presence. But every C-suite leadership team, with a big assist from its HR and talent leaders, now has to wrestle with the difference between table-stakes competencies and the X factors that are going to distinguish its very best leaders and give the company a competitive edge in the future.

CEOs, board directors, and HR leaders I work with have told me they’re rethinking those X factors now because many of the future leaders they were betting on seemed to lose their footing over the last couple of years, while other employees unexpectedly stepped up as strong leaders. They discovered, in other words, that some people had a higher CQ than others. CQ needs to be part of the management lexicon as companies build their models for assessing and developing future leaders.

CQ needs to be part of the management lexicon as companies build their models for assessing and developing future leaders.

So, what are the key components of CQ? For starters, it includes the ability to simplify complexity, prioritize, make decisions when you don’t have all the facts, and change your mind. “If I make a decision, I like to stick to the decision,” Bei Ling, the head of HR at Wells Fargo, told me in an interview. “All that got thrown out of the window with COVID. We make a decision today, but tomorrow we may have to change it. It’s a willingness to admit that we’re not perfect, and that we’ll have to adapt.”

A high CQ also includes the ability to lead with compassion and understanding for what people need and want, and to able to balance a greater focus on listening with knowing how and when to make tough decisions. Many leaders, when faced with staff traumatized by the pandemic, had to figure out both how to help the individuals and keep the business going.

To get started with applying this new quotient, ask a few questions. What have been the biggest leadership challenges over the last two years? Who handled them well? Who struggled? What are the patterns and common themes? If we assume complexity, ambiguity, and disruption are only going to increase over time, what skills do the future leaders of your company need?

That list is not meant to be definitive. Every company’s culture and context are unique, and there are going to be subtle shadings that explain why some leaders thrive in your organization more than others. But the concept of CQ should be used to begin a conversation rather than end it. Answering those questions will give you a running start on building your company’s CQ model.