No one ever sees the hockey stick coming. Just as burly ice-skating Canadians and Scandinavians can miss that curved piece of wood used to cross-check one another at high speeds, economic experts also often fail to anticipate hockey sticks. I’m talking about usage, or customer uptake, or growth in a market sector that charts at a generally staid pace and then suddenly shoots sharply upward and to the right.

We have seen it in phenomena as diverse as the adoption of the iPhone, the membership growth of Amazon Prime, and, a century ago, in consumer adoption of the first U.S. automobile meant for the mass market. It’s also evident in one of the areas I watch closely: the growth of renewable energy. Dutch researcher Auke Hoekstra recently constructed a chart showing how the International Energy Agency’s forecasts of solar — which look like steady lines — have seriously lagged the industry’s actual hockey stick–like growth for 15 years running.

Over and over again, it is clear that very smart people, armed with lots of data and number-crunching skills — people who are specifically tasked with making forecasts in their areas of expertise — massively underestimate the growth potential inherent in new technologies. 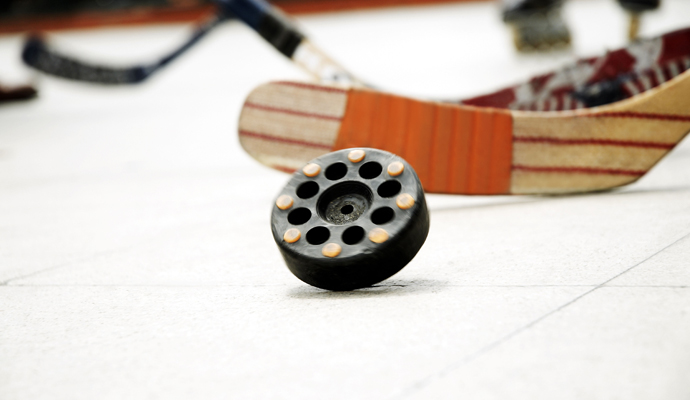 Why is this? Well, forecasting is hard, especially about the future, as Yogi Berra used to say. And there is a very human tendency to forecast by extrapolating the recent past indefinitely into the future. The economy has grown at 3 percent for the last three years, so it feels right to project that it will do so for the next three years. People tend to move and think in herds and in linear terms. It takes a combination of a contrary view and a high degree of intellectual fortitude to go out on a limb and predict disruptive growth. And it’s often the case that our culture exacts a bigger toll on those who are excessively optimistic than those who are excessively cautious.

But there’s another dynamic at work. And that has to do with the way we think about the costs and functionality — and hence the utility and appeal — of new technologies. We’re all familiar with Moore’s law, the idea that computing power doubles every 18 months or so. (And hence the price of computing power falls by half in that time period, making it much more affordable.)

It’s harder, however, to account for and calculate the power of procylicality. And instinctively, we know that scale tends to bring costs down. But it’s not just that as you make more units, the cost per unit drops. At the same time, companies that achieve scale find themselves with more funds and purchasing power to encourage greater scale and efficiency: better assembly lines, more powerful distribution channels and supply chains, basic research that leads to game-changing breakthroughs. As companies and industries gain scale, they can also lobby for effective policies or subsidies (which further encourage growth). And let’s not forget that as industries gain critical mass, they encourage financial innovators to develop new types of arrangements that can turbocharge sales.

So, yes, relentless innovations in the assembly line in the 1910s and 1920s helped car companies produce vehicles more cheaply and make them more affordable. At the same time, suppliers became much more efficient, railroad networks developed inexpensive methods for transporting vehicles, and gas stations were built (which made it more convenient for people to own cars). And at the exact same time, aggressive networks of dealers sprung up to push the product, just as financial institutions developed auto loans and leases — which made it extremely easy for people to buy cars. All these forces working coincidentally supercharged auto sales in the 1910s and 1920s.

It’s hard to account for and calculate the power of procylicality.

That was a century ago. In the past decade, we have seen the same dynamic play out with renewable energy technologies such as solar power. The bigger the industry gets — the more solar panels are made — the cheaper the technology becomes on a per-unit basis. (A chart tracking the cost of solar panels looks like a reverse hockey stick.) But continual, coincidental investments in research and development have also made each panel noticeably more efficient at converting the sun’s rays into power. Which means the price of the panels is falling at the same time that they are being placed in truly massive arrays (the size of which brings down the installation cost). And in the past decade, again, at the same time, a host of funds, banks, and financial institutions have developed products and services that allow companies and building owners to invest in solar at a very low cost. What’s more, also at the same time, policies have been developed at the state and national level that make such investments even more appealing.