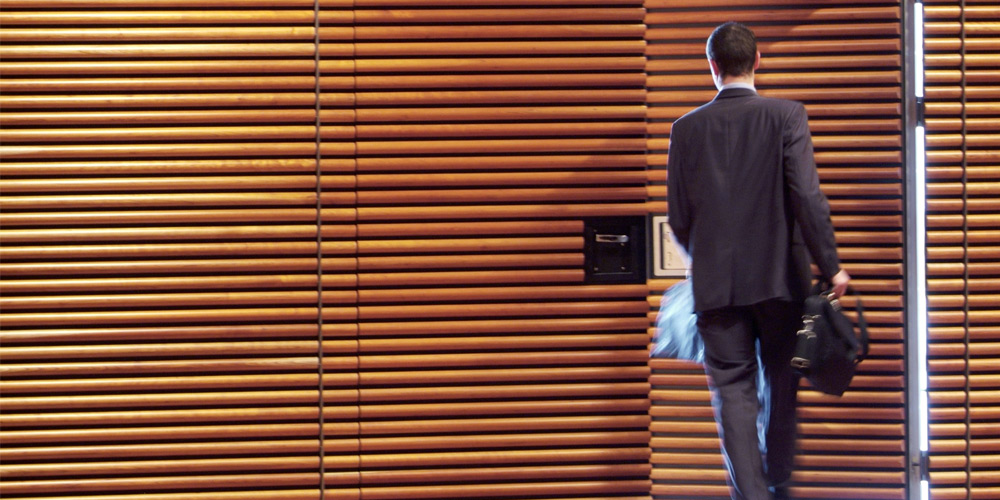 In this partisan era, companies can find themselves targeted by boycotts from either end of the political spectrum. And it’s during high-profile crises of brand identity that board members can truly prove their worth, imparting insight to executives and reassuring shareholders. But what happens when directors agree with the political bent of the boycott? According to a new study, it’s possible these directors will act on their personal convictions and exit the board.

In general, it’s not unexpected for a director to leave when the going gets tough. Research shows that board members are more likely to give up their seat when their firm is filing for bankruptcy, restating earnings, fending off lawsuits, or reeling from credit downgrades than when it is running smoothly.

But unlike those negative events, which send an unmistakable signal that management is on the wrong path, boycotts tend to be polarizing. The same social or political issues that cause strife on social media create soul-searching in the boardroom.

Until now, there’s been little research on boycott-related board turnover — after all, there’s not a ready-made chart of board members’ personal convictions, aligned with a database of boycotts against leading firms. So the authors of this study built their own.

They began by searching the six largest U.S. media outlets for boycotts against publicly listed companies from 2000 to 2014. After they eliminated some boycotts because of insufficient data, the sample comprised 102 cases.

The authors confirmed that boycotts, like the other types of corporate crises mentioned above, lead to increased turnover at the board level. After controlling for the effects of board term limits, the researchers found that the boycotted firms in their sample experienced about a 7 percent increase in director turnover.

The authors also analyzed a control set of firms that were similar to those in their sample (in terms of business sector, size, and reputation) but that were not boycotted in the same time frame. These companies experienced no corresponding uptick in board turnover, suggesting that the wave of departing directors in the sample firm was attributable to the effects of a boycott, and not part of wider industry or societal trends.

It’s quite rare for board members to be fired; typically, they step down or are not renominated at the end of their term. Still, the authors made sure to confirm that the post-boycott director departures in their sample were voluntary. They combed media accounts and corporate reports to cull any board members from their sample who were ousted or imprisoned, died in office, retired, left because of a conflict of interest, or otherwise gave up their seat unwillingly.

The authors gauged board members’ political orientation by tracking their campaign contributions. The overall sample skewed slightly conservative, but had “a healthy representation of directors at either side of the political spectrum,” the authors write.

Two former lobbyists, called in as independent experts, classified the ideology behind each boycott in the sample and gave one example of a boycott that fit each. Almost half of the boycotts were broadly liberal (for example, the NAACP’s threat to boycott four media outlets in 2001 for failing to hire ethnic minorities); about 16 percent were rooted in conservative values (for example, the National Rifle Association’s 2005 boycott of ConocoPhillips when it prohibited employees from bringing guns to work); and 34 percent were ideologically neutral (for example, the 2008 campaign targeting ESPN for cutting certain sports from the X Games).

After controlling for a variety of factors that might otherwise explain board members’ decisions to step down — including firm performance, media coverage, age, tenure, and whether the director also had an ownership stake in the company — the authors found that when the director’s ideology was aligned with that of the boycott, he or she was significantly more likely to depart, presumably because the boycott revealed that his or her personal values clashed with those of the company.

Although board members at both ends of the political spectrum were sensitive to boycotts, conservative directors were more entrenched in their beliefs — in the wake of a conservative-backed boycott, conservative board members were about five times as likely as liberals confronting a similarly aligned boycott to step down. This is in line with previous psychological research on the “rigidity of the right,” or the idea that conservative ideology is rooted in ego defense and, as a result, more threatened and resistant to change when confronted with clashing belief systems.

Although company board members at both ends of the political spectrum were sensitive to boycotts, conservative directors were more entrenched in their beliefs.”

Directors sympathetic to a boycott are also more likely to depart when the company experiences a dip on the stock market. Perhaps such directors afford more scrutiny to boycotts that exact a financial cost.

Aside from the implications for board turnover, the findings contribute to the wider discussion regarding firms’ corporate social responsibility (CSR) efforts. CSR initiatives tend to be seen in a “uniform and settled construct,” the authors write, but their study suggests there could be deep divisions in the boardroom about the politics underlying social movements.

The authors acknowledge that using political contributions as a proxy for ideological beliefs — although a practice widely employed in prior research — is an imperfect gauge. Political, environmental, and social issues wax and wane in importance for people over time, and not everyone who donates to a political party feels strongly about each plank of the platform. But the researchers also suggest that campaign contributions alone likely underestimate the strength of political convictions among board members at leading U.S. firms and that, “with finer-grained measures of ideological alignment, our results would likely be stronger.”

Perhaps these can be taken as positive results: Directors are hired for their expertise and probity. The ones who stick to their values by stepping down from a company that appears to be betraying those values could be demonstrating how seriously they take their obligations.

Source: “Take a Stand or Keep Your Seat: Board Turnover after Social Movement Boycotts,” by Mary-Hunter McDonnell (University of Pennsylvania) and J. Adam Cobb (University of Texas at Austin), Academy of Management Journal, Aug. 2020, vol. 63, no. 4