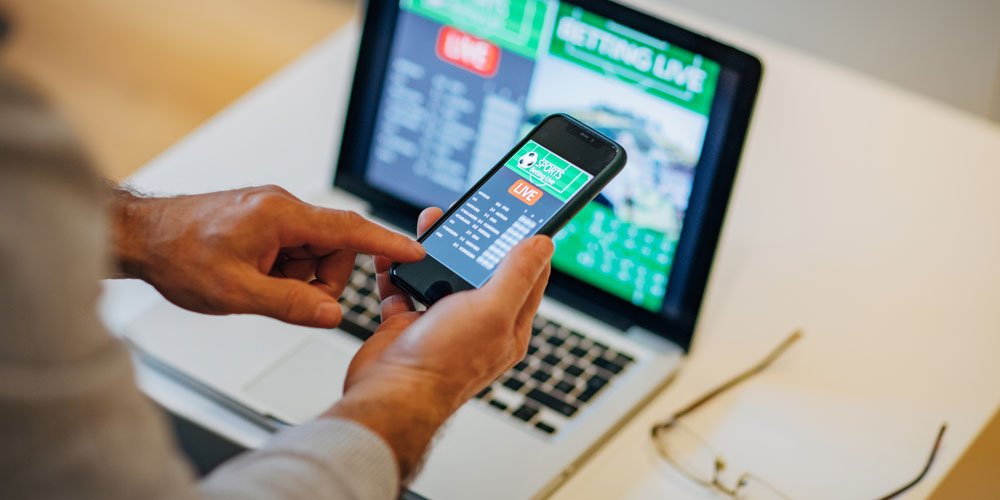 The way most people consume professional sports hasn’t changed much since the 1960s. It’s still chiefly a live, one-way, linear broadcast to some kind of screen. Turn on a game, make some nachos, and watch what comes at you.

But just wait until you can go as an avatar to a Chicago Bears game. You might even get a virtual Buona Italian beef sandwich and feel like you’re at Soldier Field without freezing your face off.

We’re entering a new era in which we’ll unhook sports from its TV traditions and integrate it into more parts of our lives. It’s a change that would’ve come over time but has been greatly accelerated by the pandemic. Shortened seasons, canceled games, weird playoff formats, and empty stadiums have motivated professional sports and their fans to experiment. And some of it is going to stick.

What’s to come? I asked two people who are likely to help create the new era: Ted Leonsis, the tech-savvy majority owner of the Washington Capitals NHL team, Washington Wizards NBA team, and Washington Mystics WNBA team; and Jason Robins, CEO of the fantasy sports site DraftKings. (Leonsis’s firm, Monumental Sports, is a DraftKings investor.) I also dug into recent reports from the World Economic Forum and other organizations and put all of it together to identify a few concepts I think will transform the future of sports fandom.

Studio thinking. Pro sports have long been primarily staged for the fans in the stands, with cameras showing up to capture the action for viewers at home. That’s backward from the way other TV and video programming tends to work. Most shows are produced for the screen, and if there’s a live audience, it’s just to provide some energy and natural laughter or applause.

We’ll unhook sports from its TV traditions and integrate it into more parts of our lives.

Leonsis points out that during the pandemic, when pro leagues play games with no one in the stands, “in essence, we’re playing in a big studio.” That realization is nudging leagues to twist their thinking and ask: What might be different if an NHL or NBA game were produced in a studio primarily for off-site viewers? Imagine being able to place cameras everywhere, including on tiny drones. Every sound, like trash talk between players in the middle of play, could be captured. “How do we bring in Zoom?” Leonsis says, conjecturing that a superfan might pay extra to virtually sit on the bench and talk to a coach.

It’s not that sports would give up live audiences. “One thing that became really clear to us this year is that when you don’t have that live product,” Major League Baseball commissioner Rob Manfred told the audience at the Paley International Council Summit in November, “it affects how many games [people] watch on TV.” Yet, as studio thinking creeps in, more sports will see the fans in the stands as props for the fans at home.

Microgaming. Sports betting is now legal in more than two dozen states in the U.S. and in many other countries around the world. The pandemic has hurt budgets, which makes it likely that even more places will try to boost revenue by legalizing sports betting. Mobile apps such as DraftKings and Fanduel are already huge businesses, allowing fans to play fantasy sports and make wagers, and these sorts of apps will get more popular as legalization spreads.

At the same time, data is getting collected during sports events in ways never before possible. Athletes wear devices that track movement and impact. The NHL this year will start playing with a puck loaded with sensors that gather data. Robins from DraftKings points out that this is all teeing up an explosion in interactive sports gaming. Fans will be able to watch a game, instantly analyze data about the teams and players, and wager on almost anything, from what kind of play Tom Brady will call next to how many passes the Capitals will complete in a row.

That kind of interaction will, in turn, make game-watching more engaging and alluring for fans. “As the products catch up, people will watch more if they are playing more,” Robins tells me.

Simulated games. In the spring of 2020, when all pro sports suddenly halted, NBC Sports and Leonsis’s company tried giving fans something to watch by using the video game NBA 2K20 to simulate Wizards games and NHL 20 to do the same for Capitals games. NBC broadcast them like real games, with commentators calling the games as if they were real.

The simulations mostly disappeared when real games started up again, but the idea didn’t. Artificial intelligence is showing it can create video that looks like it’s real — in ways both thrilling and worrisome. (See the “deep fake” video of Queen Elizabeth giving a talk she never gave.) There might not be a big audience for a simulated Wizards game when the Wizards are playing, but fans might clamor for simulations of games that otherwise would never happen, like a matchup between Steph Curry’s 2010s Golden State Warriors and Michael Jordan’s 1990s Chicago Bulls, rendered by software to be as tangible and thrilling as a real contest.

Esports. The spring shutdown of U.S. leagues made sports-hungry fans look for alternatives. A lot found one in esports — watching video games played by pro gamers. Esports were already growing fast before the pandemic. One report from market analyst Newzoo said almost 500 million people worldwide watched esports in 2020, up 12 percent from 2019. And PwC’s most recent annual Global Entertainment & Media Outlook shows that esports revenue is growing faster than that of any other media and entertainment category. “It’s self-evident that esports will be even bigger than professional leagues because it is much more global and has been digital from day one,” Leonsis says.

This also dovetails with the trend toward sports betting. Since esports are digital, almost every action generates data — and data creates microgaming opportunities. Robins thinks esports could wind up being enormous for DraftKings, which, in turn, would drive more engagement for viewers of esports events.

Beyond broadcast. Broadcast TV made pro sports the monster businesses they are today. But the marriage is eroding. Fewer people are tuning in — especially young people. Total TV viewing was down 9 percent in September 2020 versus the year before, and that’s at a time when people have been stuck at home. For pro leagues looking to build their fan base, the pandemic is likely to push them to where they can lure young audiences.

Where is that? Streaming services, whether a league-owned NHL.com or an aggregator such as Hulu, are one option. But Leonsis raises another intriguing idea. The online videogame Fortnite has 350 million users around the world. About 63 percent are 18 to 24 years old. Its developer, Epic Games, has been turning the game into an event space. Earlier this year, players could take their muscled avatars to a post-apocalyptic setting and watch a giant version of rapper Travis Scott perform. About 27 million players showed up. Compare that to the 2020 baseball World Series, which was watched by only about 10 million people. “At some point, Fortnite might be the best place to stream real sports,” Leonsis says.

The hard part will be making a tasty virtual sandwich.