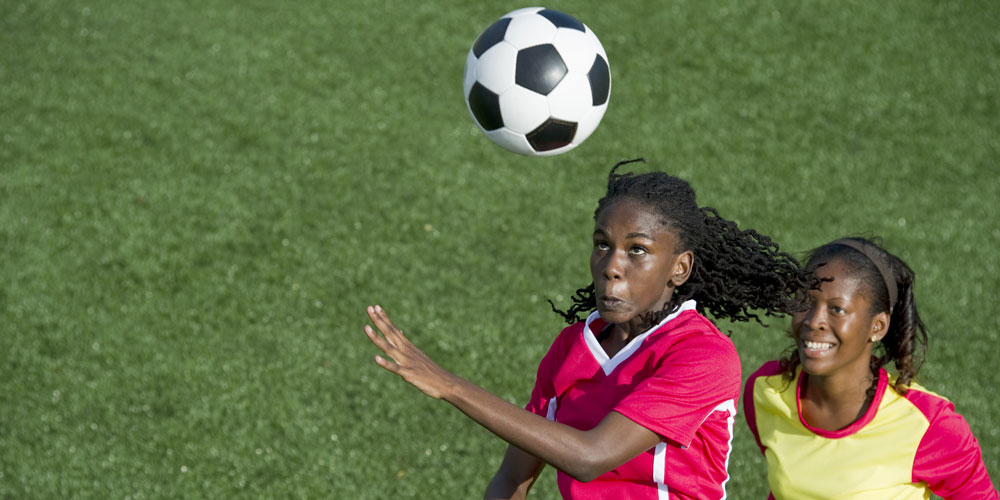 This should have been the year that women’s sports grabbed the spotlight. Revenue projections for 2021 were set at more than US$1 billion. Appeal was on the rise; in 2018, 84 percent of sports fans around the world said they were interested in women’s sports, and viewing figures had been breaking records in women’s soccer, cricket, basketball, and tennis. Live event attendance, TV coverage, and rights revenues were all on the up, and new platforms such as Twitch (streaming hockey) and Twitter (streaming basketball) signed up as broadcast partners. There was even progress toward equality in prize money between women’s and men’s competitions.

But prize money isn’t equal pay, and the pandemic could stall momentum, because women’s sports have been affected more than men’s. Female athletes had to cope with job losses, wage cuts, and a lack of mental health support, according to a survey of global female soccer players from 62 countries conducted by FIFPRO, the global soccer players’ union. The survey found that more than half the players who represented their countries received no offers of support from their national federations, while more than one-quarter of the countries did not even include women’s clubs in their return-to-play protocols.

Across the world, male cricket and rugby players returned to action months before their female counterparts. In soccer, the difference was even starker: The English Premier League restarted its season in June 2020, while the female equivalent canceled its season entirely, awarding Chelsea FC the title on a controversial points-per-game basis. Meanwhile, academy soccer for boys was allowed to continue, whereas for girls, it was banned. “It is the grossest of inequalities to label boys’ football as ‘elite’ and girls’ football as dispensable,” said Anna Kessel, author of Eat Sweat Play: How Sport Can Change Our Lives.

The same is true on the global stage of major tournaments: In this “gender play gap,” the Women’s Rugby World Cup, the Women’s Cricket World Cup, and the European Women’s Championship in soccer have all been pushed back to 2022; meanwhile, the men’s Euros and men’s Six Nations rugby competition go ahead.

The interest in and market for women’s sports going into 2020 was larger than ever. That momentum should not be lost.

With no league or tournament games taking place last year, women’s sports had all but disappeared from the conversation. A study by Power Plays, a newsletter celebrating women’s sports, showed that women’s sports stories accounted for only 7 percent of sports coverage across six major U.S. newspapers in May 2020, and less than 0.2 percent of non–talk show programming on ESPN and ESPN2.

At one soccer club, Lewes FC, the situation between the men’s and women’s teams was flipped. In 2017, Lewes became the first club to guarantee equal revenue share and pay parity between the men’s and women’s teams. A fan-owned, not-for-profit club, Lewes FC women is a professional team that plays in England’s second tier, the Championship, and is considered elite. The Lewes men play in the eighth tier, a nonprofessional league, and had to wait it out.

Lewes FC sealed a sponsorship deal during the pandemic with a partner who admired the team’s commitment to equality and values around the community. “We want to prove the concept that equality can generate profit on and off the pitch,” said the women’s team general manager, Maggie Murphy.

This sentiment may be an exception, but it shows a way forward. There are innovations that can be introduced to help women’s games. These might include a more sensible approach to the women’s sports calendar — or even to competition formats. They don’t need to mirror the men’s, as happens in most sports now. And they could be staggered to help attract more viewers.

Today, many successful women’s soccer teams, such as Olympique Lyonnais, Manchester City, and Chelsea are bankrolled by men’s teams. This is not sustainable further down in the second- and third-tier leagues, but there could be a way to foster more outside investments that is predicated on an equal pay model. Tennis stars Naomi Osaka and Serena Williams have invested in U.S. women’s soccer clubs, for example. Athletes Unlimited is an exciting, innovative league incorporating softball, volleyball, and lacrosse, in which the athletes are also the league owners — and it has TV deals. This is the type of original thinking that could make a huge difference for women’s sports.

The interest in and market for women’s sports going into 2020 was larger than ever. That momentum should not be lost. Women’s sports should be on an equal footing with men’s sports; they will prove themselves financially viable and send a very strong message to women everywhere.