Item: In a matter of a few years, we could have self-driving cars — brilliant machines that will whisk people to their destinations quickly and safely. Auto companies in Europe and the U.S. are pledging to roll them out in the next couple of years. Or not. Adrian Lund, president of the Insurance Institute for Highway Safety and the Highway Loss Data Institute, recently said that fully automated vehicles are at least a decade in the distance.

Item: In 2013, the International Energy Agency projected (pdf) in its yearly forecast that the world’s renewable energy industries would grow at a 6 percent compound annual rate for the next several years. But this forecast has turned out to be conservative. Growth in the past few years has far exceeded 6 percent. And last week, the IEA, significantly raised its projection, arguing that renewables will grow “13% more between 2015 and 2021 than it did in last year’s forecast.” 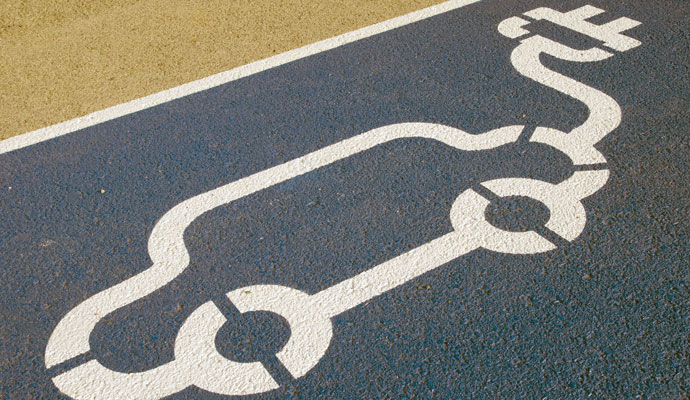 It’s hard to make predictions, especially about the future, as Yogi Berra reportedly said. But it’s particularly hard to make predictions when you’re dealing with categories of products such as cars and power equipment. These are new technologies whose scale and distribution involve a lot of material, capital, and…friction. It’s not simply that you have to spend a lot of energy, time, and thought designing, assembling, and deploying the actual products — be they self-driving cars, solar panels, or wind turbines. In addition, you have to overcome significant technological, regulatory, and political resistance in order to roll them out.

Indeed, compared to apps or smart phones or other product introductions that have shown ridiculously steep and fast adoption curves, complex products like cars or wind turbines present fundamentally different propositions. Simply making a product available to end consumers and being able to deliver it to them quickly only gets you so far. To build a single solar farm, you have to deal with subsidies and credits, secure land, and negotiate the intricacies of regulated industries like utilities and electricity transmission. With self-driving cars, the technology has to be sufficiently functional, foolproof, and cheap that people in a highly competitive market will want to adopt them in very large numbers. Also, consider the range of parties that will have to weigh in before self-driving cars can be used routinely: federal regulators, state legislatures, cities, police and public-safety and infrastructure authorities, and insurance companies. Until the system that has built up around cars driven by humans adapts, it will be hard for the technology to scale fully. So it’s understandable that there is skepticism surrounding the pace of adoption.

Simply making a product available to an end consumer and delivering it to them quickly only gets you so far.

The adoption trajectory for electric cars also shows the impact of friction. In this case, policy may not be the obstacle. The federal government and many states offer incentives to encourage the purchase of plug-in cars. But the consumer demand isn’t quite there, in part because the industry has yet to scale fully and the technology is still limited enough that it imposes constraints on its adopters. Produced in relatively small numbers, electric cars remain expensive. And the killer app of electric cars — powerful batteries — hasn’t matured yet. The plug-in hybrid I drive goes a measly 13 miles on its battery before switching to gas. Save for a few very high-end versions, the electric cars on the market in the last several years have only been able to go a few dozen, or a few score, miles between charges.

To witness the power of scale itself in helping to overcome friction, look no further than renewable energy. For several decades, solar power was essentially a cottage industry. But as the global solar and wind power industries have gained size in the past decade, we’ve seen the effects of procyclicality. The bigger an industry gets, the more efficient it becomes. And so the price of solar panels has been falling. This stunning chart shows how the rapidly falling price-per-watt of a solar panel has coincided with (and caused) a rapid increase in the number of solar panels installed. The result: Developers are now aspiring to build truly massive solar farms, which is one of the reasons analysts are now increasing their future projections. (Advocates of electric vehicles should take heart that their industry now seems to be at a point analogous to where solar was in the 1980s and 1990s — a promising technology that had yet to be fully embraced by the market.)

There’s another overlooked aspect of procyclicality that can help explain why industries sometimes blow past projections. As they gain scale, amass more revenues, and employ more people, industries tend to find that governments are more likely to enact policies that will further encourage industry growth. Indeed, the extension of key tax credits in the U.S. at the end of 2015 has been a key factor in supercharging growth of the renewables industry beyond expectations.

In physics, overcoming friction requires the application of force. In business, in addition to applying force, industries seeking to overcome friction also have to display finesse and foresight.