Bottom Line: CEOs who fly planes in their spare time take on risks and seek out new experiences, traits that lead them to preside over firms with better innovation outcomes.

Predicting the effects of a CEO’s tenure can be a tricky business. Boards of directors, investors, and analysts hunt for clues in the backgrounds, personalities, and characteristics of CEOs that might indicate which strategies they’re most likely to employ and in which direction they’ll take the company. How much experience do they have in the industry? Which school did they attend? Do they seem confident or cautious, aloof or personable?

But there’s another question that directors and shareholders might want to ask at some point during the proverbial conference call or job interview: “Do you fly your own plane?”

As offbeat as it might sound, the particular hobby of piloting a small aircraft appears to act as a proxy for a CEO’s willingness to both take on risks and seek out new experiences, according to a new study. This particular combination of qualities seems to give CEOs the intrinsic motivation to lead firms that experience more innovation success and novel breakthroughs. Indeed, the authors found that this effect grows stronger over the first three years of a pilot CEO’s tenure, suggesting that the CEO has a definite impact on the innovation strategy and culture of a company. 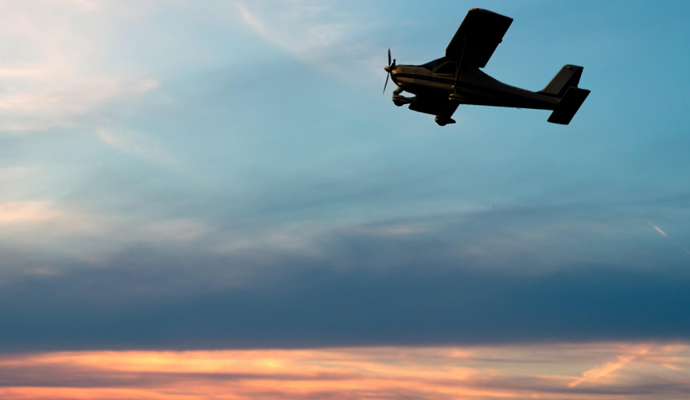 Flying a plane for the fun of it requires a certain daredevil attitude and a healthy dose of curiosity, along with the requisite technical know-how and an inherent interest in the inner workings of complex machines. Indeed, psychologists have identified the desire to fly an airplane as a type of sensation seeking, a personality trait that embodies the “seeking of varied, novel, complex, and intense sensations and experiences, and the willingness to take physical, social, legal, and financial risk for the sake of such experience.”

Put simply, people who are sensation seekers are more receptive to new products, technology, and ideas than those who aren’t. So the fact that CEOs who climb into the cockpit have a natural inclination toward successful innovation makes sense. Indeed, it jibes with a recent survey by authors at Harvard Business School of more than 5,000 executives, which found that successful innovators are “constantly trying out new experiences and piloting new ideas” (no pun intended).

Put simply, people who are sensation seekers are more receptive to new products, technology, and ideas than those who aren’t.

The authors analyzed pilot credentials from Federal Aviation Administration archives and then matched the records to those of CEOs in the Execucomp database, which contains information on top executives at Standard & Poor’s 1500 firms. About 7.3 percent of the CEOs in the sample had a pilot’s license; most of them flew single-engine airplanes, although several also operated multiengine planes, helicopters, gliders, or sea-landing aircraft.

Then, to measure the innovation success of a CEO’s firm, the authors counted the number of patent applications filed during that CEO’s tenure, along with the citations the patents received in subsequent filings — metrics widely used in research to account for such performance. The authors controlled for several factors that could affect a company’s innovation activity, including firm size and available capital, CEO tenure, and industry conditions.

The analysis showed that firms with a pilot CEO at the controls filed 73 percent more patents and garnered 104 percent more citations a year, on average, than companies led by a non-pilot CEO. They also spent more on R&D, but not significantly, suggesting that pilot CEOs are more successful at innovation because they are more creative and open to new ideas, not necessarily because they splash more cash. In contrast, the authors found that non-pilot CEOs who are merely risk takers — because of either certain measurable personality traits or incentives written into their compensation package — tend to invest much more in R&D than pilot CEOs, but their higher outlay doesn’t translate into better innovation results.

In further proof that pilot credentials are a clue to a CEO’s curiosity and exploratory nature, the authors found that patents generated by firms with high-flying CEOs span more diverse technology fields and involve more original ideas than those filed by companies with non-pilot CEOs. The stock market also tends to react more positively to the patent applications of companies with pilot CEOs, meaning shareholders benefit, at least incrementally, from these CEOs’ innovation abilities.

“Overall, the results suggest that, while extrinsic motivation from compensation contracts can result in higher innovation spending, intrinsic motivation of pilot CEOs can be more effective in generating valuable and original innovation,” the authors write. Boards of directors should take note: Potential CEOs with a penchant for flying can take their firms to new heights of innovation.