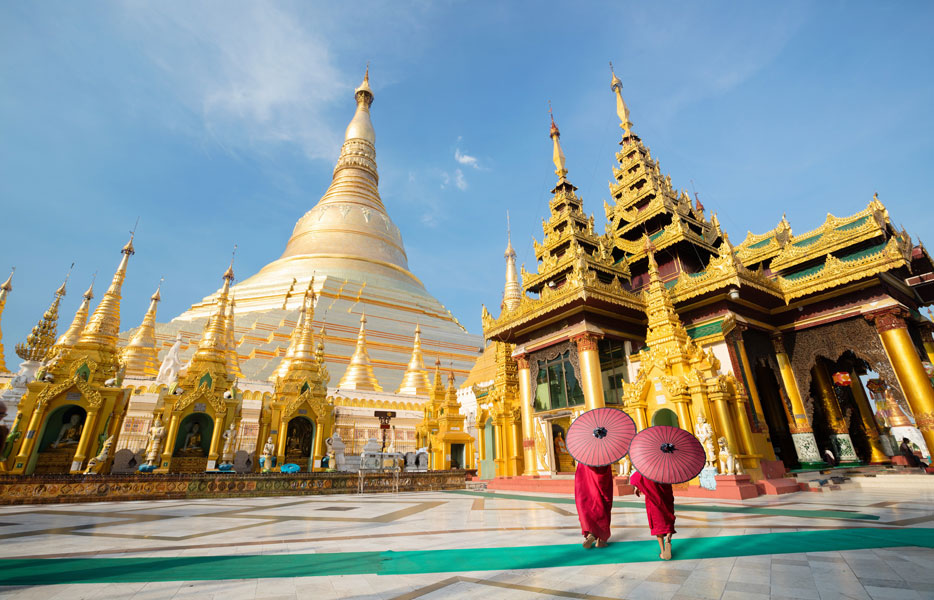 Shwedagon Pagoda, Yangon. Photograph by Patrick Foto/ Shutterstock
In the 1960s, many foreign multinationals left what was then called Burma, as the country turned inward and embarked on decades of military rule. Over the years, as the U.S. and European Union imposed economic sanctions, doing business with, and in, Myanmar grew increasingly difficult for foreign companies. But in 2011, the military officially stepped back from power, and in 2012, the U.S. eased its sanctions, setting off a US$30 billion burst of foreign investment. 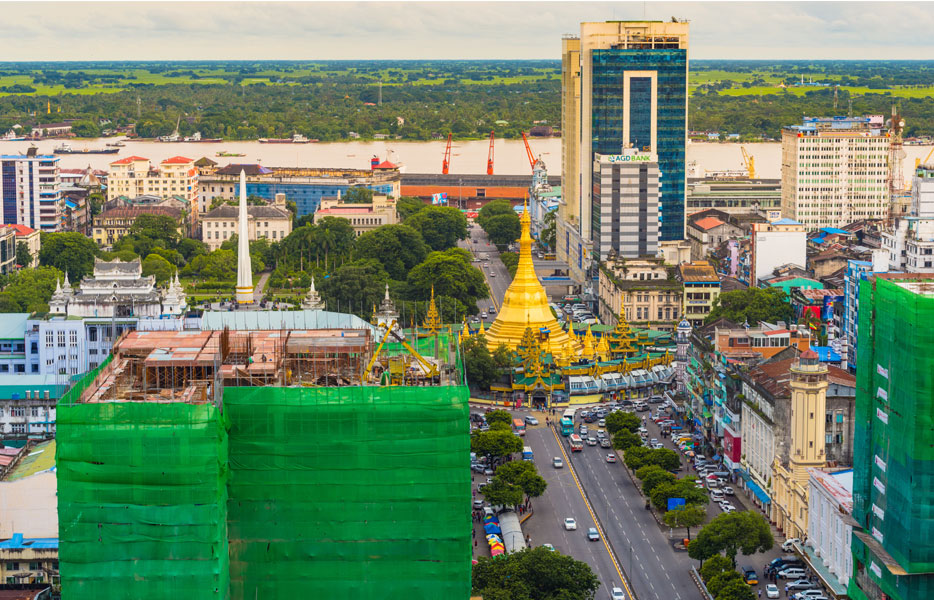 Aerial view of Yangon. Photograph by Vividec29/ Shutterstock
Many foreign businesses are seeking a foothold in Myanmar, in hopes that they may profit in the same way that some companies did with the economic rise of other emerging Asian nations. Huge projects are under way in infrastructure and power, led by investment from Japan, China, and Singapore. And although economic growth has slowed, it is still expected to be 6.5 percent in 2017, according to the World Bank. 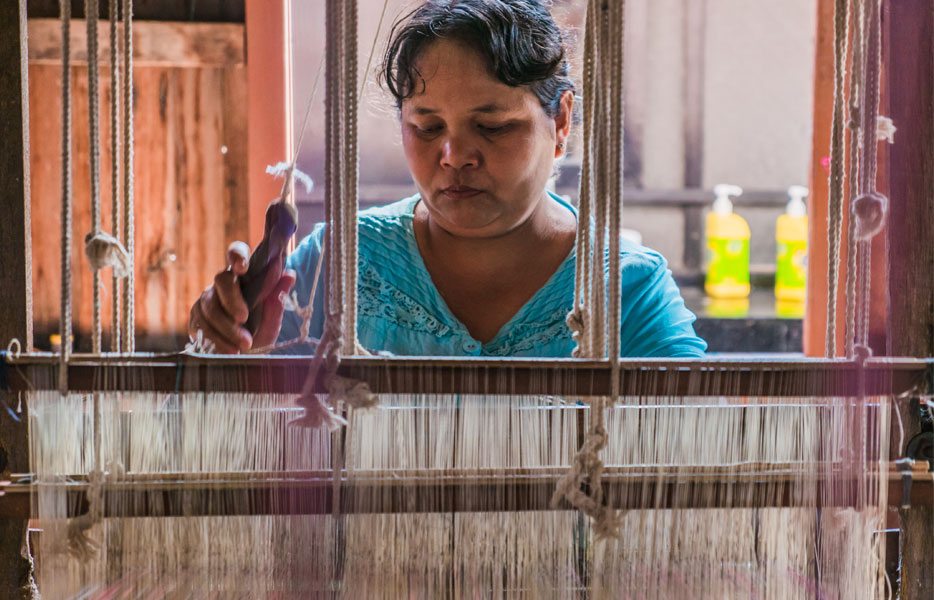 A cloth-weaving factory in Shan State. Photograph by Mongkolchon Akesin/ Shutterstock
The challenges facing Myanmar may be more daunting than they were for its emerging economy predecessors, due to the rise of automation. China in the 1980s and Vietnam in the 1990s gained traction with low-cost labor in industries like apparel. But apparel is one of the fastest-growing sectors in Myanmar. Textile and footwear exports almost doubled between 2012 and 2017, and accounted for 75 percent of Myanmar manufacturing exports in 2015. 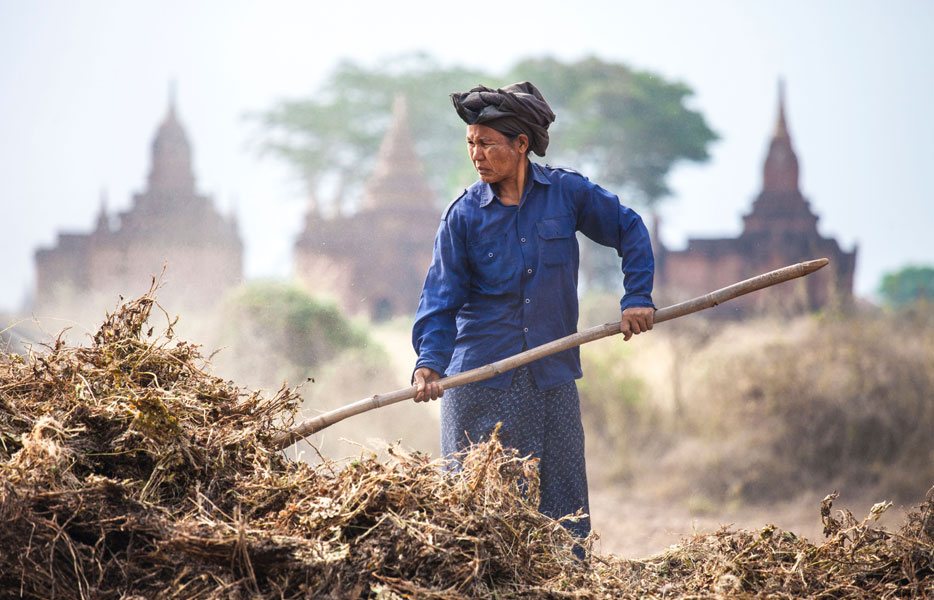 Pitching grain in Bagan. Photograph by dbimages / Alamy
In Myanmar, 66 percent of the population lives in rural areas and works in agriculture — a higher proportion than in most other countries in Southeast Asia. The corresponding figure in the Philippines, for example, is 29 percent. This may prove to be yet another obstacle to Myanmar’s rapid growth potential. 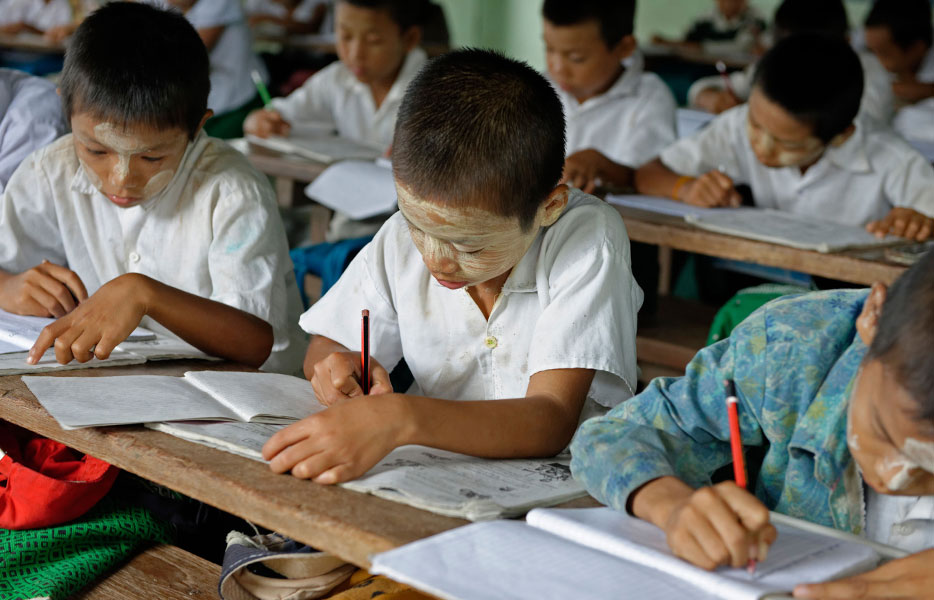 A village primary school in the Sagaing Division. Photograph by Robertharding / Alamy
In some countries, automation is seen as an opportunity to increase the number of higher-skilled jobs, such as programming and design. Myanmar’s government, which was put in place in 2015, has been trying to make investment in education a priority. The most recent budget allots $1.3 billion to education, a 30 percent increase from the year before. But the country has a weak education system that has gone through decades of corruption, erosion, and underinvestment. After a student uprising in 1988 that led to the death of several thousand people, the government closed many universities across the country and relocated others. Today, schools stress memorization, and employers complain that university graduates in Myanmar do not have the skills needed in the workforce. 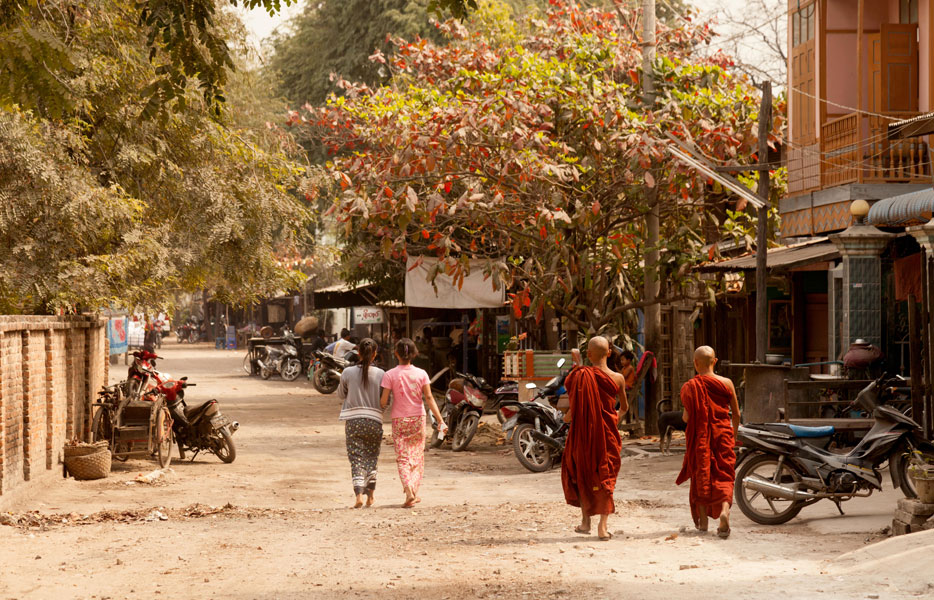 An unpaved road in Mandalay. Photograph by Kumar Sriskandan / Alamy
International observers bullish about Myanmar’s potential often point to the country’s large population — an estimated 60 million — as evidence of the size of the market. But this figure is misleading. As noted above, the majority of its people live in rural areas, and infrastructure is weak. Just one-third of the country uses the antiquated electric grid, leaving many in rural areas to pay excessive fees to supply their own electricity. Even in the capital city of Yangon, blackouts remain common. Just over a fifth of Myanmar’s roads are paved, compared to 95 percent in Thailand. Inadequate infrastructure effectively leaves major portions of the country’s population unable to participate in the new, trade-dependent economy that Myanmar is trying to generate. 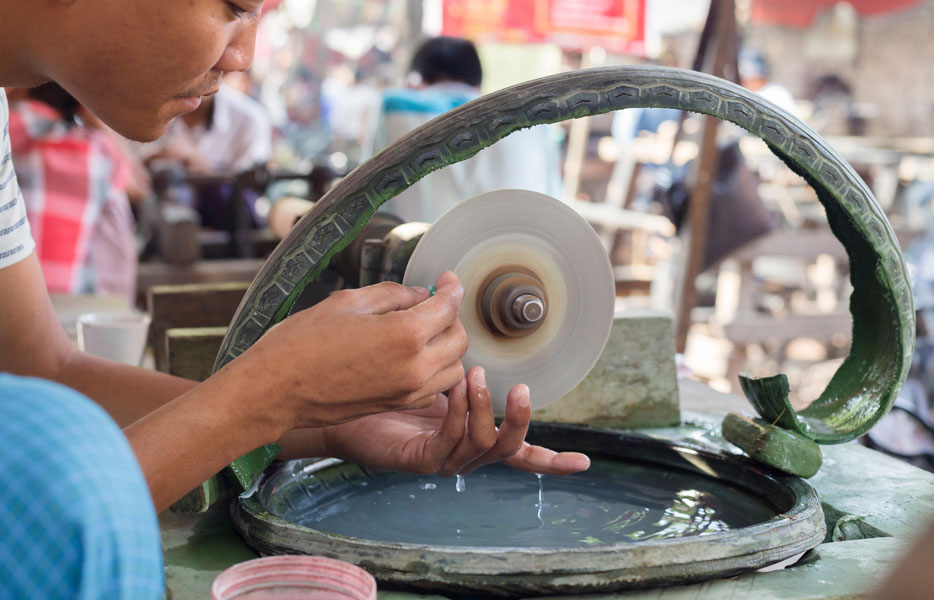 Grinding jade stones to their final shape at a jade market, Mandalay. Photograph by Daniel Greenhouse / Alamy
To face down its challenges and find its way into the global economy, Myanmar will need to build on its strengths, which are considerable. Once the world’s leading rice exporter, Myanmar ranks 25th in the world for arable land, and the country’s per capita water endowment is 10 times that of China and India. Myanmar boasts 90 percent of the world’s jade, as well as rubies, sapphires, gold, tin, zinc, magnesium, copper, nickel, and old-growth teak forests. Gas production, aided by the construction of new pipelines crisscrossing the country, is expected to double by 2019. Further, with a long coastline and miles of inland waterways, Myanmar has enormous potential as a transportation hub linking markets throughout the region.
Share to:
Topics: consumer products, economic growth, emerging markets, manufacturing, multinationals, oil and gas
Recommended stories