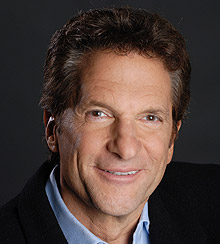 When a film producer publishes a management book, one expects a little name-dropping as well as a point of view somewhat removed from the day-to-day concerns of most enterprises. Peter Guber’s Tell to Win: Connect, Persuade, and Triumph with the Hidden Power of Story (Crown Business, 2011) may have those qualities, but it’s also keenly perceptive about one critical characteristic of successful executive leaders everywhere: Their ability to hone and distill the complexities of a business strategy (or a call to action) into a simple, clear, and emotionally compelling narrative.

Guber has been around consummate storytellers throughout his career. His film credits as producer or executive producer include such hits as Batman, Flashdance, and The Color Purple. He also produced the 1988 Barry Levinson movie Rain Man, which serves as an example in Tell to Win of the nature of a business story’s protagonist. The true hero of the film is not the autistic savant played by Dustin Hoffman, but his brother, played by Tom Cruise — because the audience can identify with the changes that Cruise’s character must undergo to manage a challenge successfully.

Guber is chairman and CEO of Mandalay Entertainment Group, the company he cofounded in 1995. Before that, between 1989 and 1995, he was chairman and CEO of Sony Pictures Entertainment. His other entertainment interests include ownership in several sports teams, including the Golden State Warriors basketball team. He is also a professor at the University of California at Los Angeles Anderson School of Management. Intrigued by his concept that telling purposeful stories is a critical managerial capability, we sat down with him in New York in January 2011.

S+B: The basic premise of your book — that behind every great business endeavor is a great story — is not obvious at first glance.
GUBER: That’s because business is often seen as a purely rational act: marshaling facts and figures to get someone to buy your product or service. But although information, data, and analytics are important to support any proposition, they are unmemorable in and of themselves. If you really want to create fans of your business who will become apostles and advocates for you, you have to use a narrative. That’s the way people are wired.

Suppose you go to a restaurant. There’s a story there. It may involve the trouble that the founder took to bring the restaurant into existence, the way the chef developed the recipes, or the way the food is arranged on the plate. If the story is good enough, you’ll end up metabolizing those facts along with the food. You’ll tell it to other potential customers. “You know, I went to this unbelievable restaurant and every menu item came from a different place in the world the chef had visited.” In any successful business, that kind of process is always happening.

S+B: What’s the difference between the kind of storytelling that takes place in a film like Rain Man and the kind that a businessperson might want to do?
GUBER: Barry Levinson’s purpose with Rain Man wasn’t just to support autism. He wanted to create terrific entertainment. But he also didn’t want it to be empty calories. He wanted some real value in it.

In business, by contrast, the story is told for an explicit purpose. You tell it to encourage the other person to see the value proposition you’re offering, and to make that person want to be part of it. Without that story, you have only transactional elements and no relationship. Transactions happen only once; repeat business requires relationships. Howard Schultz couldn’t have built Starbucks on a transactional basis; he can’t get enough new customers every day. He needs them to come back. This relational element depends on purposeful storytelling.

S+B: Was there a moment when you realized the importance of purposeful stories in business?
GUBER: My partners and I owned a triple-A minor-league baseball team — a franchise worth $45 million. We thought we could convince the mayor and the city leaders of Las Vegas to build a state-of-the-art 10,000-seat stadium. It seemed like it should be a no-brainer for them, given the costs, the attendance and revenue projections, and the impact we could show it would have on brand recognition and community loyalty. It took a long time to set up a meeting with the mayor. We came in with all the information, and walked him through the facts.

At the end, the mayor said, “Peter, didn’t you shoot part of Rain Man here?” I said we had. He said, “Well, what’s the next picture you’re going to bring here?” I reminded him that the stadium would be a fantastic business opportunity.

“No, I need something big. I need a game changer. Why don’t you bring the Dodgers here?”

We left without a deal. He said he’d think about it. Only later did I realize the story I could have told him. Not the facts and figures, and not even a story about baseball — but a story about Las Vegas, a city I knew well because I owned its hockey team. Not counting tourists and visitors, a million people live there. At any given time, one-third of them are asleep, because so many of them work at night. But in other ways, they’re the same as everyone else. They want clean, comfortable, fun entertainment for themselves and their kids, where they can feel connected to each other and to their city. I could have told the mayor about one family who came to watch the hockey team 13 times in one season. To families like that one, I wasn’t merely the owner of a franchise; I was the steward of that team in the community. If the mayor had heard that story, I think he would have welcomed the deal.

S+B: How do you bring this kind of one-on-one narrative proficiency to a larger organizational scale?
GUBER: Start by building a relationship with your audience — your customers, employees, whoever it is. Study who they are and what they care about. Then craft your story as if you’re talking to one person.

In 1989, when I started as head of Sony Pictures Entertainment, it was a huge, disparate company, with people in Burbank, New York, San Francisco, and overseas. The task of pulling everyone together seemed impossible. I remembered the scene from David Lean’s Lawrence of Arabia when T.E. Lawrence pulls all the Arab tribal leaders together by convincing them that they can successfully launch a sneak attack on the Ottoman port city of Aqaba. The film shows Peter O’Toole, who played Lawrence, telling the leaders a story about the guns at Aqaba. They faced the sea and could not be turned around, since the desert behind them was considered impassable. By crossing the desert on camels, they could surprise the Turks and win — and they did.

I said, “We are also a disparate group of people, from different businesses — television, theater, distribution, everything. But we’ve got to become one tribe. So our cry will be ‘Aqaba!’” We gave out little pictures of O’Toole as Lawrence pondering in the desert as a reminder of the story of pulling together. Today, the company is still there. All the other motion picture companies that were bought by foreign enterprises are gone. At the time, I didn’t know what I was doing. I did it instinctively. Now, I do it deliberately, which is about 5,000 times easier.

S+B: How so?
GUBER: I start by asking myself: Am I motivated? Can I get my feet, tongue, heart, and wallet going in the same direction? Do I understand my goal in this conversation — do I want the audience to support a stadium? To join my company? To do a deal?

Then I think about the audience members themselves. Who are they? What do they want? Is this a winning proposition for them? What’s their background? I do some preparation, so that I can talk about whatever they’re interested in as part of the story.

Next, I focus my attention again on the audience and my intentions: How do I show them that I have skin in the game, that I will share the risk?

I don’t hide my intention. I display it with pride. In any meeting, very early on, I say, “Look, you know why I’m here — I really want to have a conversation that will help you see your way clear to supporting us.” If there’s a secret agenda, the other person will immediately pick up on it and conclude that you’re hiding something.

I also try to remember that I’m in a dialogue. I can’t just tell my story; I need to listen to people, to metabolize our humanity together. The narrative itself could come from anywhere: a film, my experience, the other person’s experience, or even a newspaper or a joke. Anything that provides an emotional context. Sometimes I’m good at this, and sometimes I’m not. But I’m always confident that this is the right way to get a message across. People are wired for telling and hearing stories. We need to plug into that and use it.

Topics: analytics, entertainment, motivation, ceo, data
Get s+b's award-winning newsletter delivered to your inbox. Sign up No, thanks