The Holy Grail of Macroeconomics: Lessons from Japan’s Great Recession 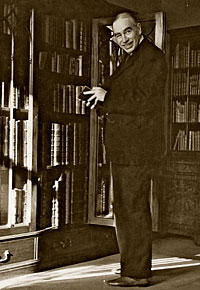 The field of macroeconomics was born during the Great Depression, in an effort to explain why the world did not behave in the way that classical economics (what we would today call microeconomics) predicted — as a system that would correct itself over time. Its first practitioners followed the lead of John Maynard Keynes, who held that the problem was insufficient consumer spending and that governments could fight back with deficit spending (I am oversimplifying a bit). By the 1970s, the pendulum of economic fashion had swung widely to monetarism, which held that the problem was overly timid central banks, which could defeat downturns with aggressive interest-rate cuts and money creation.

Since then, policymakers have tended to borrow elements from both schools and oscillations have been smaller, in theory because — at least until 2008 — the economic challenges have been less severe and have been localized, rather than global. But the Great Depression has never been fully explained. Indeed, in 1995 the current chairman of the Federal Reserve, Ben Bernanke (then a professor at Princeton University), wrote that “to understand the Great Depression is the Holy Grail of macroeconomics.”

Now the global, systemic economic crisis has set the pendulum of economic theory swinging wildly again, as we try to understand what has happened and why. As we look to the past for clues to the present and the future, the quest for the Grail has been renewed. Enter Richard C. Koo, chief economist of the Nomura Research Institute, the research arm of Nomura Securities. In The Holy Grail of Macroeconomics: Lessons from Japan’s Great Recession, he uses his study of Japan’s long slump from 1992 to 2007 to argue that that period, the Great Depression, and our present predicament are all examples of what he calls “balance-sheet recessions.” These happen in the aftermath of the bursting of an asset bubble, when the private sector has a negative net worth and is more concerned with paying down debt than with lending or spending. Under these conditions, monetary tools are useless because firms and individuals refuse to borrow, even when interest rates go to zero. The only solution is for government to step in and boost demand until balance sheets are rebuilt and banks and individuals are ready to lend and spend again. Thus Koo arrives at the same prescription as Keynes, although he travels by a different route.

Koo documents his conclusions exhaustively with evidence from the Japanese recession and the Great Depression. His Taoist perspective on system dynamics highlights two distinctly different phases of a business cycle. First there is the yang phase of healthy balance sheets and profit-maximizing firms in which monetary policy works and the best government is small and non-intrusive. But if it is allowed to continue for too long, a yang cycle, via the collapse of asset prices, may turn into a yin cycle, in which firms and individuals are preoccupied with paying down debt, which renders monetary policy ineffective. In this phase, tax cuts may be fruitless for the same reasons — individuals and firms will use the windfall to pay down debt rather than to spend. In our current quandary, the yang phase sounds suspiciously like a Republican view of how the economy works, whereas its yin complement is closer to the Democratic perspective. From a Taoist point of view, both are right and both are wrong, but at different times.

In 1967, economist (and subsequent Nobel laureate) Kenneth Arrow identified three “scandals” in macroeconomic theory: its inability to integrate microeconomics, its failure to incorporate imperfect competition (the fact that competition is often limited by restrictive practices), and its failure to incorporate transaction costs (the fact that costs are incurred in making economic exchanges). Little progress has been made on these issues in the ensuing 40-plus years. Koo clearly believes that his framework can form the basis for a new synthesis and general theory that resolves these scandals.

Topics: economics, banking, economy, leaders, research
Get s+b's award-winning newsletter delivered to your inbox. Sign up No, thanks