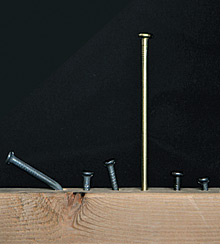 New to her job as a senior vice president of IT at a Fortune 100 healthcare company, Kate faced a challenge that the firm had swept under the rug for a long time. Over many years, the company had installed multiple redundant technology platforms and poorly integrated systems, neglecting fiscal discipline and network efficiency. Since she controlled about US$180 million in corporate IT expenditures, or approximately 20 percent of the company’s total IT budget, Kate was asked to join a council composed of the company’s top executives and the 12 business unit heads who were responsible for the remaining 80 percent of IT costs. Their job was to adopt a plan for bringing the technology budget into line.

Kate knew that the only way to drive down the company’s overall costs was to eliminate the legacy IT systems of the business units and move all the software onto one platform. But doing so would cause a great deal of short-term pain and expense for the business unit executives, without generating a real improvement to their individual bottom lines. By recommending this, she would certainly step on the toes of the executives whose fiefdoms would be affected; moreover, she didn’t have the power to force any of them to accept her plan. And worse yet, Kate didn’t know the council members very well, and they didn’t know her.

Kate was in a tough spot, but not an uncommon one. Contrary to what’s implied by the Trumanesque “buck stops here” image of the CEO, most major decisions in large companies are made collaboratively. Executives work together in collegial small groups such as boards, councils, and committees and often arrive at decisions informally; titles tend not to be a major factor. Even when the CEO makes the final decision, groups of executives almost always play an important role in framing and formulating it. Thus, an executive’s ability to influence peers and superiors as they undertake a broad range of crucial decisions involving such issues as strategy, budgets, brand positioning and pricing, and capital investments is a valuable skill — a skill that could be called influential competence.

The Japanese may say that “the nail that sticks up gets hammered down.” But every company seems to have one or two executives who are able to avoid the hammer — whose influence far exceeds their job title. When they raise a controversial issue, their colleagues and bosses pay close attention. Their pet topics make it onto the corporate agenda and are often successfully addressed, even when they involve thorny problems and difficult new directions for the organization. These executives get things done, whereas others, often with more formal authority and power, command, cajole, and threaten to no avail.

As one would expect, the effectiveness of executives who have achieved this kind of influential competence yields career dividends. Such people are valued employees, and they are often given challenging and rewarding assignments. Their employers benefit, too. Big problems get solved, executive decision making is enhanced, and the organization is flattened somewhat, making it more flexible and less rigidly tied to a top-down, command-and-control environment.

This is an attractive payoff, but how does a manager develop influential competence? To answer this question, we analyzed the methods of executives who are able to convince their peers to take on tough and potentially divisive problems and solve them through consensus and action. We found five factors critical to using influence well.

1. Build up the courage to raise difficult problems. “Most people have difficulty with leading in committees because they don’t want to do anything to damage their careers,” says Larry DeVries, who was a vice president at the McDonald’s Corporation before retiring in 2010 after 40 years of service. “But you can lead from within if you get to the point where you have the guts to say, ‘Here’s what I have identified as the problem. Here’s what I think is a good solution. Here’s what I have already started in motion. If you agree with me, fine. If you disagree with me, now is the time to tell me.’”

2. Leave your personal agenda at the door. Although the ability of executives to influence others often enhances their careers, self-aggrandizement isn’t their primary motivation. Some executives forget this fundamental truth. They become Machiavellian, playing politics in order to build their power base, or in the flush of success, they become drunk with power. They forget that personal success is a by-product of serving their companies well. With few exceptions, these executives lose their credibility with peers. Their motives are questioned and they eventually cannot muster the support on which their influential competence depends.

3. Rise above the game, but don’t ignore it. Executives who have developed influential competence are expert advocates. They enlist the support of their bosses. “You have to give your boss the benefit of your knowledge,” says DeVries, “but you must also give him or her the opportunity to take charge or change direction before you get too far down the line. That helps alleviate the political pressures within the company and the threat of retribution if you make a mistake.”

These savvy executives can also identify the formal — and informal — power brokers in a given setting and establish a personal dialogue with them prior to presenting the problem for consideration to the group as a whole. “It really becomes a matter of reading the tea leaves and knowing how much support you can expect,” says Richard Yoo, McDonald’s senior director of new product innovation and marketing, whom DeVries mentored. “You never want to be alone on an island. General Douglas MacArthur completely dismissed a lot of folks, including his commander in chief, Harry Truman. He made enemies out of a lot of people and eventually hit the wall.”

Executives who have developed influential competence seek to understand the mind-set of all members of the group. “Never go into a meeting without having prepped your enemies and your allies,” says Suzanne Sinclair, director of leadership talent acquisition at Allstate Insurance. “You also have to recognize that not everyone has pure motives, so you have to understand your colleagues’ agendas and how their agendas fit into the issue you are raising.”

4. Engage the group using emotional intelligence. “Go in with a humble attitude and a fact-driven presentation,” says DeVries. “These people don’t report to you. The only thing you have is influence, and if you can’t prove everything that you say to them about the potential costs of the current situation and the benefits of your solution, you are not going to get anywhere.”

Executives who have developed influential competence do not dominate discussions. “Actively solicit the thoughts of the group and listen respectfully to all members of the committee regardless of rank or role,” says Sinclair. “In fact, it is often very helpful to raise the areas of strong alignment and dissent without naming names.” This encourages open, critical debates that give the group an opportunity to understand the choices and the trade-offs you are proposing, she adds. “People will not buy in unless they’ve had the opportunity to understand and contribute to the decision at hand.”

5. Be tenacious, because decisions do not necessarily guarantee action. “Silence is something to be very concerned about,” says Sinclair. In other words, if the group reaches a decision but afterward nobody acknowledges it in either positive or negative terms (that is, no action is being taken to implement it), it’s important to figure out which additional levers need to be pulled to actively engage others.

“Don’t assume, and always monitor,” advises DeVries. “You have to follow up and reinforce the decision. You have to identify barriers and get people to talk to you about what they are doing to overcome them. You also need to communicate up; your bosses have their own agendas and unless you educate them and inform them about your progress, they could very easily send everyone off on a different tangent.”

Kate, the healthcare executive whose story opened this article, made the best of her first opportunity to influence senior managers in a council setting. She took care not to ambush any of her colleagues. Instead, she met one-on-one with the executives who would be affected by her plan to create a single IT platform before the council meeting, so she could explain why her recommendations were critical to the company’s future and why the business units needed to bear the costs. She was fully transparent about the decision criteria that led to her recommendations, and she was consistent in the arguments that she made for her plan privately and publicly.

Kate recommended an ambitious solution, but the way she formulated and presented it to the council made all the difference. Mixing candor with openness to others’ opinions, balancing humility and courage, and making a concerted effort to keep top executives on board — before and after the difficult decisions were made — Kate was able to lead the council to adopt her plan of unifying IT systems on one platform. She was so successful in this effort that the council’s members agreed to shut down existing projects that were not well aligned with the new system, even though this incurred unexpected costs for the business units over the short term. Instead, the council invested in an integration initiative that enabled the company to substantially reduce its overall IT costs and, over the long term, bring its IT spending in line with the industry.

Kate, meanwhile, gained a great deal of credibility among her colleagues for wrestling IT costs down to a level that the company could live with and for shepherding a much-needed overhaul of its technology networks. But perhaps as important, her new approach to collaborative decision making provided her co-workers with a model for undertaking difficult decisions in a less contentious and ultimately more successful way.

Topics: board, skills, healthcare, politics, experts
Get s+b's award-winning newsletter delivered to your inbox. Sign up No, thanks