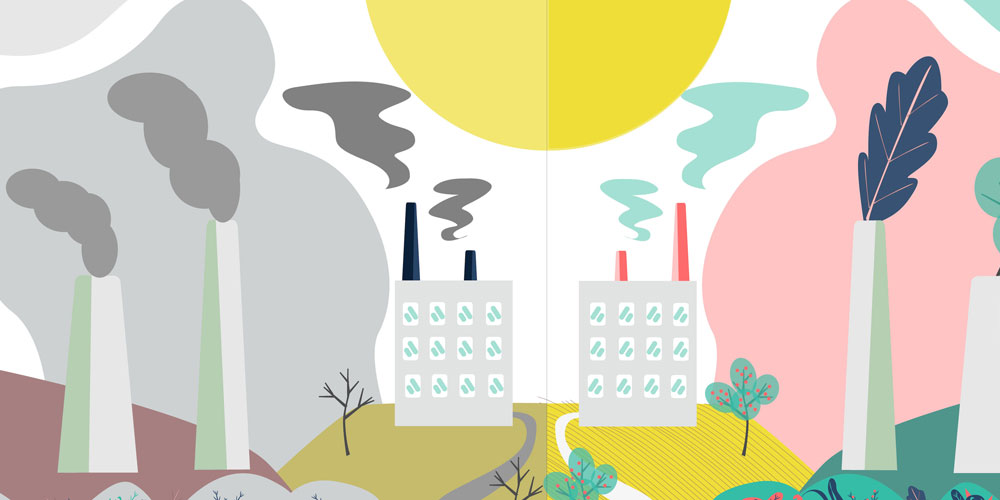 How to Avoid a Climate Disaster: The Solutions We Have and the Breakthroughs We Need 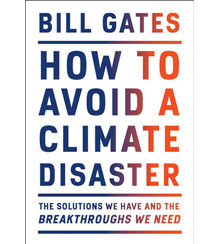 How does one get from 51 billion tons of carbon emissions to zero within 30 years? Bill Gates can do the math. And as one of the world’s wealthiest people, he just might have the wherewithal to make it happen. In his new book How to Avoid a Climate Disaster: The Solutions We Have and the Breakthroughs We Need, Gates presents his “mental framework” and a path paved with breakthroughs for reducing the world’s annual greenhouse gas (GHG) emissions from 51 billion tons to net zero. Net zero does not imply eliminating carbon dioxide and other heat-trapping gases such as methane and nitrous oxide, but rather negating them by absorbing an equivalent amount from the atmosphere. In this helpful book, Gates lays out a succinct road map for a tech-driven transformation that, with a little help from government policies, could usher in a future of vastly reduced carbon.

The task is urgent. If greenhouse gases remain unchecked, Gates calculates, climate change may prove to be five times as deadly as the COVID-19 pandemic by 2100. Gates, the cofounder of Microsoft and venture capitalist founder of Breakthrough Energy — a coalition of private investors including fellow billionaires Jeff Bezos, Michael Bloomberg, Jack Ma, and Mukesh Ambani — is catalyzing investments in technologies that remove GHG emissions: long-distance decarbonized power transmission (to supply solar energy from the Southwest to New England), safe nuclear reactors, zero-carbon cement and steel, and food waste–tracking systems.

If greenhouse gases remain unchecked, Gates calculates, climate change may prove to be five times as deadly as the COVID-19 pandemic by 2100.

Bringing these visions to fruition requires a lot of innovation and a strategy to fund breakthroughs, including promising pilots and moonshot ideas. This is where Gates comes in as an investor willing to take calculated risks to back transformative solutions. He shares his formula for investing: fund only those technologies that can take half a billion tons of GHG out of the atmosphere every year. He also has a tool to help prioritize investments called green premiums, or the extra price one would have to pay today for zero-carbon alternatives. For example, Gates calculates that the cost of capturing and storing carbon released during cement manufacturing would add 75 to 140 percent to the cost of cement. A combination of government policy (e.g., incentivizing or mandating clean products) and business action (e.g., investing in R&D to produce these clean products) can lower this premium.

Throughout the book, Gates continually returns to the need to eliminate emissions, giving his readers a useful explainer on both the sources of carbon emissions and the potential solutions. Practically everything we do emits greenhouse gases, and Gates has calculated just how much. It turns out that making things with cement and steel accounts for a bigger share of emissions (31%) than electricity (27%) and transportation (16%). Refrigeration and air-conditioning make a smaller contribution to total emissions (7%) than our carbon-intensive farming practices (19%).

Unlike many of those who write about climate issues, Gates is not bothered by our consumption-fueled growth models. A self-confessed “rich guy with an opinion,” Gates pleads guilty to flying to climate conferences in his private plane (although last year, he started using sustainable jet fuel) and suggests that people be willing to try plant-based burgers.

If anything, his work with the Bill and Melinda Gates Foundation in South Asia and Africa has convinced him that the world needs to produce more energy — provided that energy is reliable and clean. “I didn’t think it was fair for anyone to tell Indians that their children couldn’t have lights to study by, or that thousands of Indians should die in heat waves because installing air conditioners is bad for the environment,” he writes.

This global perspective from one of the world’s most influential thinkers is timely. Some 127 countries, including once again the U.S., are now pursuing the goal of net zero by 2050. Gates is among those who believe that the rich caused climate change and, therefore, must help the poor survive it. “We owe them that much,” he says.

There are occasional bugs in Gates’s argument. With this book, Gates appears to be adding his voice to the issue of environmental justice. But his somewhat unidimensional belief that techno-fixes originating in the West will solve a problem created largely by industrialized nations will not go unchallenged in emerging economies that are charting their own paths to a more climate-resilient future. And Gates is getting pushback at home, too. Reviewing the book in the New York Times, Bill McKibben, leader of the climate campaign group 350.org, observes: “Power comes in many forms, from geothermal and nuclear to congressional and economic.… [Gates] needs to really get down on his hands and knees and examine how that power works in all its messiness.”

Without a doubt, Gates’s book will raise the question Anand Giridharadas asked in his bestseller Winners Take All: Should the hard work of changing the world be left to the business elite? Readers should consume Gates’s green manifesto for what it is: a techno-optimist’s plan for tackling the climate crisis through innovation. It will take all the tools at our disposal: regulation, activism, rethinking systems, and yes, technological breakthroughs, to avoid climate disaster. Gates thinks he can help scale up an operating system that will transform our world. But he writes his latest book like a student of climate change, offering facts, figures, tools, and explanations. That makes it an accessible and insightful read for anyone who believes there’s no Planet B.

Topics: book reviews, climate change, economics, environment, innovation, technology
The business insights you need to succeed. Get s+b’s best ideas delivered to your inbox twice a week.
Sign up         No, thanks