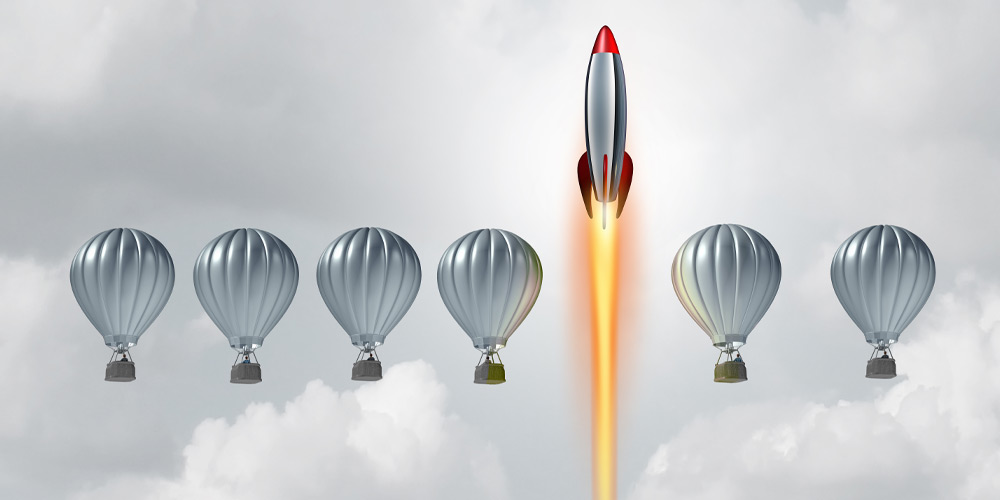 Leading in the Digital World: How to Foster Creativity, Collaboration, and Inclusivity 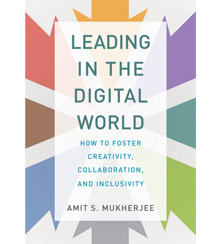 From Herodotus and Machiavelli to Peter Drucker and Warren Bennis, most leadership writers have followed the same basic approach: They study successful leaders and try to derive practices from their lives and careers that aspiring leaders can adopt. Amit Mukherjee, a professor of leadership and strategy at Hult International Business School, rejects this approach in his intriguing new book, Leading in the Digital World.

In a variation on the theme of contextual leadership championed by Harvard Business School’s Anthony Mayo and Nitin Nohria, Mukherjee contends that the practices of business leaders must evolve with and from the technological context of their times. “Periodically, technologies appear that have long arcs of impact into the future,” he writes. “When introduced, they require dramatic changes in the nature of work, which, in turn, require profound changes in how people are organized. That changes how people must be led. Companies — and executives — who fail to adapt are cast aside by those who do.”

As Mukherjee tells it, the technologies that gave rise to the industrial era — mass manufacturing, electric power, and scientific management, among others — created the context for authoritarian leadership. Then, in the mid-20th century, new technologies, starting with statistical process control, which was pioneered by Walter Shewhart at Bell Telephone Laboratories in the 1920s, gave rise to the quality movement and spawned empowered leadership. Today, new technologies with a long arc of impact are giving rise to the “digital epoch” and creating the need for a new set of leadership practices.

It’s been clear for several decades that digital technologies are driving the transformation of entire industries. As an example, Mukherjee points to the pharmaceutical industry, in which technologies such as genomic medicine and radio-frequency identification (RFID) tracking have driven a fundamental revamping of R&D and distribution models.

Instead of focusing on digital technologies themselves, however, Mukherjee examines their ramifications for work and organizational structures, which he categorizes as seven principles. He finds that digital technologies de-skill elite workers (e.g., machines interpret mammograms more accurately than radiologists). They enable less-skilled workers (e.g., GPS directs Uber drivers). They allow the distribution of work over time and geographies (e.g., networks of companies codesign cars and aircraft). They take over physical work (e.g., 3D printers can construct buildings). They give rise to unpredictable needs and disproportionately high levels of value creation (e.g., app platforms host armies of developers). They create radical transparency (e.g., social media offers unprecedented access to the personal lives of users). And they create and exacerbate external volatility and uncertainty (e.g., flash crashes occur in equity markets).

With these principles defined, Mukherjee sets out to reverse-engineer a set of leadership practices that are fit for context in a digital era. These practices include having a commitment to inclusivity, building a broad (as opposed to deep) base of knowledge, employing a collaborative approach to work, encouraging creativity, aligning values, and defining strategic intent.

The need for inclusive leadership behaviors should be obvious in a time when work and talent may be located anywhere in the world. Indeed, Mukherjee flatly declares, “Inclusionary mind-sets, behaviors, and actions are essential because limiting one’s access to talent is unfathomably illogical.” Yet, even in some of the citadels of the digital economy, the illogic of “bro culture” continues to be a palpable presence.

In a digital epoch, the generalist is more effective than the specialist. Here, Mukherjee proposes that workers become “T-prime leaders” (a riff on Ideo chair Tim Brown’s conception of “T-shaped” designers) in order to avoid the myopic world view of the expert. “[T-prime leaders] have wide wingspans (broad knowledge) instead of long tails (depth of knowledge),” he writes. “Their broad knowledge allows them to figure out which hills merit capture. Their willingness to learn compensates for their lack of depth of knowledge.”

In a digital epoch, the generalist is more effective than the specialist.

A broad knowledge base supports what Mukherjee calls an “instinct for collaboration.” Not only must leaders embrace collaboration at the individual, team, and organizational levels, but they also must create an environment of psychological safety and trust, as advocated by Harvard Business School professor Amy Edmondson. “Collaboration is critically important, because the digital, VUCA [volatility, uncertainty, complexity, and ambiguity] world requires leaders to bring together knowledge, resources, and diverse peoples in the pursuit of goals,” writes Mukherjee.

In turn, collaboration is an essential support of creativity, which he defines as the ability of leaders “to look past received wisdom and traditional approaches to give form or structure to new ideas.” Few leaders would disagree with the need for creativity as the basis for inventions and innovation. But, as the author points out, business leaders are taught to manage for productivity, not creativity. This mind-set becomes a major obstacle when leaders are called upon to make the investments and take the risks that nurture creativity and bring ideas to life.

Mukherjee calls the final two practices for leadership in a digital era — developing and deploying values and defining strategic intent — the “guide rails for creative efforts.” Values define the lines that leaders and their organizations will not cross; strategic intent defines the direction and path that they will follow.

Many of the practices featured in Leading in the Digital World have been espoused in the past. But Mukherjee makes a convincing case that digital technologies are creating new contexts for leadership.