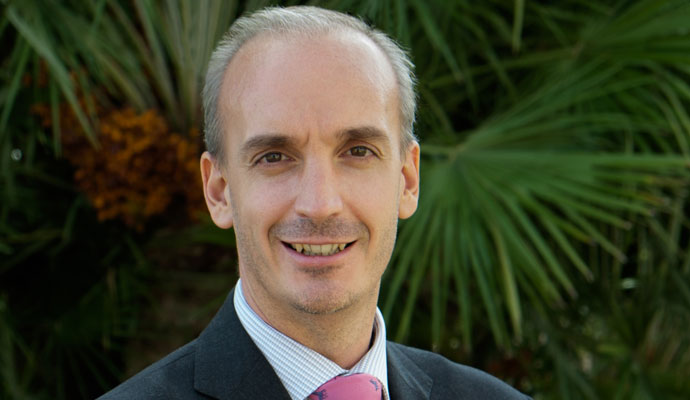 A version of this article appeared in the Winter 2018 issue of strategy+business.

It’s good to be green, but it’s not easy. Changing the way products are made or packaged, abandoning longtime practices in favor of more eco-friendly options, or adopting new technologies to meet sustainability targets can involve high cost and risk. The temptation to greenwash — to appear to limit environmental impact without actually doing so — may rise.

Pascual Berrone, professor of strategic management and the Schneider Electric Sustainability and Business Strategy Chair at IESE Business School in Madrid, has spent the last 10 years studying this phenomenon. Although the backlash against companies that commit greenwashing is typically swift, it doesn’t seem to be a deterrent. As consumers, we can see evidence of this practice everywhere, in claims of “all-natural” foods and cleaning supplies, of homes and appliances that purport to be energy efficient, of products that are falsely labeled biodegradable, and so on. Companies may feel more pressured than ever to tout their sustainability, amid global accords such as the United Nations’ Sustainable Development Goals and the Paris Agreement on climate change. Yet Berrone’s research indicates that greenwashing causes more harm than good, in terms of both companies’ standing in the world and their market value. When he meets with executives around the globe, he quantifies this harm in an attempt to dissuade future malpractice.

Rather than letting what he calls “green lies” make him a cynic, Berrone maintains an optimistic view that corporations can, and will, do better — especially if they have a chief executive with the informal power to drive top-down change. Berrone recently spoke to s+b about how companies can approach sustainability in a way that effects real environmental improvement, by embracing it as part of their strategy and prioritizing action over rhetoric.

S+B: What determines how effective a company’s sustainability strategy will be?
BERRONE: Sustainability is often equated with efficiency, but in my mind, sustainability is really about transformation. To truly become green, you’ll need organization-wide commitment to change. One of the problems many companies have is that they make sustainability the responsibility of one team or department. They delegate their sustainability actions to this group of people, but it’s not truly integrated in the overall strategy of the company. If you want your sustainability effort to be honest and genuine and to create a positive impact on the environment, then it has to be company-wide, and the commitment has to come from the top. And that’s where the importance of the CEO kicks in.

In one study, my colleagues and I set out to understand exactly how a CEO’s power affected his or her company’s ability to undertake a sustainability transformation. We assessed environmental performance using an index that included seven key indicators: greenhouse gas emissions, other emissions, general waste, water abstraction, heavy metals, volatile organic compounds, and natural resource use. For this study, we distinguished between formal and informal power. Formal power is authority, or the right to direct the activities of others. Informal power is the ability to influence people through more intangible means. Here we defined informal power based on a CEO’s past experience in environmental projects, any awards a CEO might have received for being an environmental champion, and other sources of environmental knowledge.

S+B: What else needs to happen for sustainability to become more than lip service?
BERRONE: I always say that there are three ways a company can improve or minimize its negative impact on the environment. One is to reduce the number of customers it serves, and that’s certainly not beneficial from the economic standpoint of the firm. The second is to invite its customers to consume less. Again, this is not necessarily advisable. And the third is to make sure that the customers who consume their products (or services or solutions, or whatever they are offering the market) consume products that have less impact.

The only way that we can reduce the impact per unit is through innovation. And I think this is another aspect of sustainability that some companies overlook. Company leaders believe they can basically copy and paste green solutions from other companies and other industries. I think this is a big mistake. As a company leader, you need to define what sustainability means to your company. You also need to recognize that many of the solutions for improving the environment may draw on knowledge from outside your organization. You need to be able to collaborate with others. It may be your customers, your suppliers, or NGOs.

S+B: The kinds of changes we’re talking about can be daunting. What happens when companies decide to take a shortcut?
BERRONE: When executives realize all the effort, time, and resources that are needed to adopt a more sustainable business model, they might be tempted to avoid the necessary investment into transformation and instead make their company appear to be more environmentally friendly than it really is. A company is greenwashing when it makes a claim that is either false or misleading regarding the environmental impact of its products, its practices, or its activities. For example, company leaders may say, “Our product is made with recycled materials,” but not say what percentage of the product is composed of these materials. It could be 50 percent or it could be 1 percent. And they say nothing about the impact of their manufacturing process on the environment.

I would add another element to this definition, which is that companies make these false or inaccurate claims with the intention of obtaining some benefit. There’s a bit of debate in the [academic] literature about whether the term greenwashing implies intentionality, but for me, it does.

S+B: What leads companies down this path?
BERRONE: There are four main categories of drivers. The first is regulation. Governments around the world have been pushing toward stricter environmental regulations when it comes to company operations. Because a company is making efforts to comply with the law, it may spin these efforts as something it is doing proactively — when the reality is that it’s something the company is required to do.

The second driver is market related or customer related. Interest in sustainability has been running high over the last few decades. Companies may be tempted to highlight environmental features of their products, even if they don’t really have them, in order to gain access to environmentally conscious customers.

The third driver is created by the organization itself. It might be that incentives are designed such that executives get perks, such as a bonus, by saying that they’ve taken certain actions or met certain targets when it comes to the environment.

And the final driver happens at the individual level. People may be motivated by certain preferences or biases, or even by the thrill of telling a lie and getting away with it.

Most commonly, it’s some combination of these drivers. When it comes down to it, if you really want to turn your company into a green company, it requires significant commitment in terms of time, resources, and people. It also entails a lot of risk. There might be the temptation to ask, “How can I get the benefits of making my company greener without running that risk?”

“When there’s a gap between a company’s symbolic and substantive environmental actions, it negatively affects a company’s perceived legitimacy, reputation, and market value.”

We also compared the short-term and the long-term impact of substantive and symbolic activities on legitimacy [focusing on U.S. firms] by reviewing press coverage of the companies, and found that substantive actions have a positive impact. And when you also take symbolic action, the effect of your substantive actions increases. But taking only symbolic action — so, talking about environmental issues but not actually doing anything — doesn’t have much of an effect on legitimacy. And in the few exceptions where symbolic actions alone do have a positive impact, it is only short term. This is an important finding for managers who are thinking about engaging in greenwashing behaviors: In the short term they might actually gain some basic legitimacy, but this positive impact won’t last. This should lead managers to question whether lying is worth getting caught.

S+B: What about the effect on the bottom line?
BERRONE: To determine impact on market value, my colleagues and I looked at [close to 1,000] publicly traded companies in the U.S. and Europe. We found that greenwashing has a significant negative impact on market capitalization. Here, examples of symbolic actions included philanthropy and environmental reporting, and examples of substantive actions included manufacturing environmental products and implementing responsible resource management. Philanthropy is considered a symbolic action because it’s simply giving money to an NGO; there is no commitment of the firm in terms of people and time, and often no follow-up on the destination of the donated money. Environmental reporting is done voluntarily; thus, companies can select what to report and what not to report. Our results indicate that the greater the number of symbolic actions, the lower the market capitalization. In contrast, the companies that took substantive actions had a higher market cap.

Interestingly, we also found that the positive impact on market cap was less significant on European companies compared with U.S. companies. This could be because U.S. firms are better at transforming environmental efforts into profitable products and services. Or it could be that in Europe, sustainability is less of a distinctive element because a larger number of companies are engaging in green activities. Environmental regulations in Europe are more robust than in other regions; it’s perhaps therefore considered a given in Europe that companies in certain industries will be environmentally conscious, and the market doesn’t value it as much. Overall, though, the message is clear: The market punishes weaker signs of environmental commitment. In contrast, the markets tend to reward companies that are dedicated to producing truly green products and services.

When I talk to company leaders, their first reaction to my research is often: Well, this is obvious. And maybe it is, but the fact is, companies still greenwash. I think sometimes it’s good to be reminded of the obvious things. I have yet to learn of any company that has zero impact on the environment. The key is to make sure that we move in the right direction before it’s too late. I like to be an optimist here, and trust that we’re going to make it.