In his opening speech at China’s 19th Party Congress, held in Beijing in October 2017, President Xi Jinping outlined his vision of China’s reemergence as a fully developed nation. China’s leaders would continue to pursue economic liberalization, provide support for multilateral trade and globalization, and combat corruption. Xi also emphasized the importance of China’s global role as the country seeks to strengthen its relationships and influence abroad. It was a speech reflecting China’s current economic and political reality. When Xi came to power, the growth engine that had propelled China’s spectacular development over several decades was beginning to sputter. The slowdown created a sense of urgency for the implementation of the structural reforms needed to propel China across the dreaded middle-income trap.

Other global power dynamics are also shifting. It is still unknown how the resurgence of economic nationalism, as well as the broader populism that led to the November 2016 election of Donald Trump on an “America First” platform and the U.K.’s vote to leave the European Union earlier that year, will impact trade, innovation, and the business environment in the long term. And escalating geopolitical concerns, including the denuclearization of North Korea; global climate change; and the effects of digitization, automation, and other elements of the Fourth Industrial Revolution on society at large, are creating entirely new levels of macro-environmental complexity and uncertainty.

This is the situation in which leaders of MNCs now find themselves, left to wonder precisely when and how their businesses will be disrupted by major shifts in their economic, technological, social, and regulatory environments. Given this backdrop, making strategic planning and investment decisions for multinationals’ business in China is more difficult than ever. MNCs have no choice but to be proactive, despite not knowing exactly what the future will look like and what it will bring: Inaction is not an option. The following five steps will help leaders prepare for potential disruptions to their company’s ability to operate in or sell to China.

With respect to their China strategies, MNCs must plan for a fairly wide variety of potential outcomes: on the mild end, benign changes to the status quo, and on the other, much more disruptive shifts. The world may look fundamentally different under various scenarios, leading MNCs to make varying business decisions. At a minimum, U.S. firms should anticipate some modifications to existing trade policy and tax regulations. Early in the Trump administration, the U.S. withdrew from the Trans-Pacific Partnership, which is now forging ahead without it. And possible changes to border tax adjustments on imports and exports, corporate tax rates, import duties, and other free trade agreements would materially impact global supply chains and U.S. firms’ operations in China in terms of optimal manufacturing footprint, best country sourcing, R&D activities, and future investments.

U.S. firms need to carefully consider and model the potential profit, tax, and transfer pricing implications of each scenario. In addition, they may want to adopt a real options approach to their investment strategies, making small incremental investments until the future becomes clearer.

2. Conduct a comprehensive risk assessment. The strategic planning process will help companies prepare for a macro impact. But a crisis can also have a micro-level impact if, for example, it disrupts the company’s supply chain. This is where the need for comprehensive risk assessment comes into play: How can MNCs protect themselves and make their existing business more resilient in the face of potential disruptions? China remains vulnerable to a range of high-risk events, such as limited international trade, currency devaluation, military conflicts, a domestic financial crisis, or a full-blown avian flu epidemic.

For instance, if a trade conflict were to break out, China could decide to cancel orders for airplanes and other products and shift its purchases to non-U.S. suppliers. Similarly, it could discourage Chinese companies and consumers from buying U.S. products and services. In addition, China could decide to dump some of its massive holdings of U.S. Treasury securities and other financial assets, significantly raising U.S. interest rates. A trade conflict could have a major impact on global supply chains and production networks, resulting in inflation and thus higher consumer prices in the United States.

Multinationals doing business in China must plan for a variety of outcomes, such as benign changes to the status quo and much more disruptive shifts.

U.S. firms would also be wise to consider the unthinkable and plan for low-probability/high-impact (“black swan”) events, such as another war on the Korean peninsula or major social unrest. Company leaders should map their geographic footprint and operations, including supply chains, channel partners, and customers, and try to identify all events that could result in major demand shocks or supply chain interruptions. Detailed contingency plans should be developed for each event and prioritized according to the plan’s risk exposure, ease of implementation, and cost. Simulations and wargames are often useful tools for assessing the potential impact of each event and, equally important, for training senior executives to deal with such crises.

3. Rethink operations footprints. Adding to the uncertainty for MNCs, China’s internal demand patterns are changing. Major markets in coastal regions such as Beijing and Shanghai are maturing; at the same time, entirely new markets continue to emerge in the country’s interior and western regions.

MNCs should take a fresh look at their operations footprint in China, considering what changes must be made to improve their performance in the coastal areas as well as in the inland markets. For example, partially as a result of what had been, until recently, China’s ultra-low wage levels, many MNCs have yet to optimize their manufacturing, sourcing, and supply chain activities in the country. Similarly, many MNCs could still realize significant cost savings by designing parts that can be manufactured more cost-efficiently by domestic Chinese suppliers, rather than importing them or having expensive foreign suppliers produce them in China. They could further reduce costs by identifying where cheaper local materials can substitute for more expensive foreign ones, or where off-the-shelf components can replace custom-designed parts. Most companies also have plenty of room to improve their manufacturing or assembly operations and optimize their machinery and processes to reflect China’s new, higher labor costs, while simultaneously increasing quality levels and speed-to-market.

Finally, companies need to ask themselves what organizational capabilities must be added or strengthened to transform their newly reconfigured footprints and operations. It is important to make major footprint decisions from a cross-functional perspective, including not just the typical trade-offs between operational efficiency and organizational resiliency, but also tax, IP, and transfer pricing considerations. It is not unusual for the preferred operations solution and the tax-optimized solution to be incompatible. Only by evaluating all options simultaneously can the best solution be identified and potentially serious blunders avoided.

4. Reconsider partnership strategies. When Western companies first entered China in the 1980s, they needed to set up joint ventures (JVs) with domestic companies per Chinese law. But following China’s accession to the WTO, this restriction was eased, and U.S. firms overwhelmingly favored using subsidiaries known as wholly foreign owned enterprises (WFOEs) instead. In addition, many existing JVs were converted into WFOEs. And for good reason: WFOEs have tended to outperform JVs, especially in industries, such as pharma and consumer goods, with high levels of intangible assets. For example, in industries in which proprietary technology is a key differentiator, the wholly owned option may be better, as it induces knowledge transfer by the parent company to help its subsidiary win in the local market.

Keeping in mind that some industries, such as automotive assembly, remain subject to significant ownership restrictions, it may be time for MNCs to rethink their Sino-foreign partnership strategies. This applies especially to foreign firms in sectors that are, or expect to be, heavily regulated. In these sectors, an argument can be made that MNCs need partnerships with local Chinese firms to inoculate themselves from potentially unfavorable regulations. And as demand continues to migrate inland to less-developed regions, MNCs may once again need local Chinese distributors and other partners to help them enter and operate in these regions where they have less experience and overall presence.

5. Intensify government dialogue. U.S. firms should actively engage with both the U.S. and Chinese governments to make sure the impact of government leaders’ decisions is fully understood in terms of employment, inflation, interest rates, and the economy in general. For example, in the U.S., it is important to have a dialogue between business leaders and government leaders about the effects that economic nationalism–driven policy decisions are likely to have on unemployment. The low- and middle-skilled jobs that were lost to China after that country’s accession to the WTO in 2001 are unlikely to come back to the U.S. under any scenario. Instead, those jobs would move to another low-cost country, probably somewhere in Southeast Asia.

At the same time, U.S. firms should engage in similar lobbying activities in China, either directly to those national, regional, and local authorities and companies that favor foreign trade and investment, or indirectly through the U.S. diplomatic corps and various chambers of commerce. The goal should be twofold: first, preventing a conflict with the U.S., and second, encouraging China to keep opening up and implementing structural reforms.

By following these five steps, multinationals can prepare themselves for shifts coming from every direction: geopolitical, economic, technological, and societal. For example, many multinationals will have to learn how to compete in today’s China; if they do not, they will cede significant volume and scale advantages to less timid competitors, and, potentially, to an entirely new group of Chinese firms that are rapidly acquiring world-class capabilities and entering the U.S. and other developed markets. Simply waiting it out, or tweaking a China strategy as events unfold, may leave MNCs vulnerable. 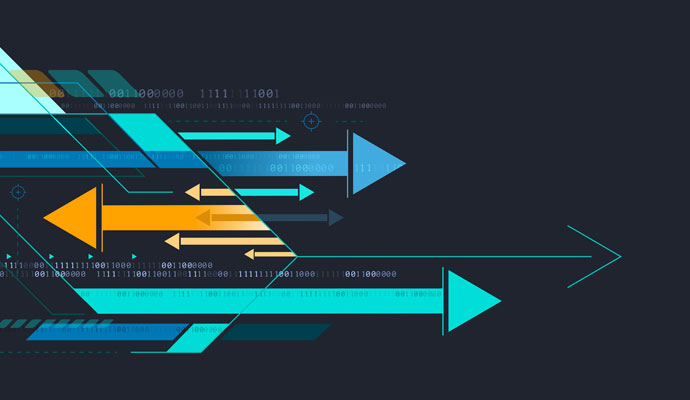 Sharpen your strategy document
Clarifying what is and isn’t going to change helps ease the pressure of putting everything in one document.
by Adam Bryant 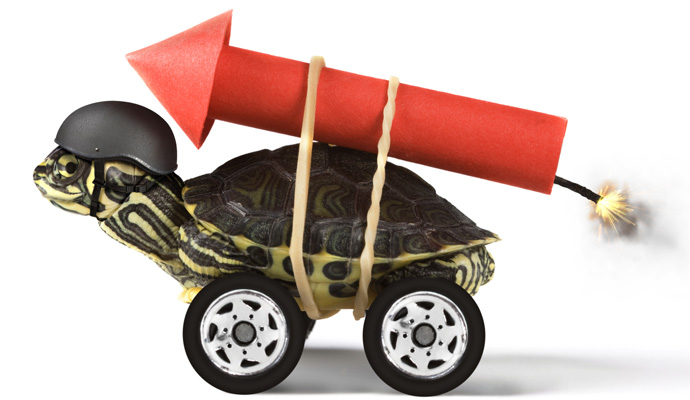