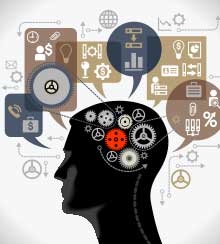 Since Cesare Mainardi and I published Strategy That Works: How Winning Companies Close the Strategy-to-Execution Gap (Harvard Business Press, 2016), a lot of businesspeople have told us that they feel too far removed from the companies we heralded in the book. After all, our examples of highly distinctive and successful companies focused on iconic brands like Apple, Amazon, Frito-Lay, IKEA, Lego, Natura, and Starbucks. Each of the companies we profiled had succeeded in building capabilities that gave them a winning edge. And they were coherent: They applied those capabilities to every product and service and to the overall way they created value. This gave the companies powerful identities that no one else could copy.

While it may feel daunting to follow their example, we believe that any company can do the same. The five acts highlighted in the book — commit to an identity, translate the strategic into the everyday, put your culture to work, cut costs to grow stronger, and shape your future — add up to a path of development that a growing number of businesses have followed, and that leads to a compelling, consistent level of growth and performance.

When we discuss these ideas with business leaders across regions and industries, one question often comes up: How can we get started? We know it’s not easy to begin. In fact, with every one of the highly capable companies we studied, the leaders of the company pulled a “trigger” — a signal, loud and clear, of the need for change. The leaders thus pushed their companies to abandon conventional wisdom and build the long-lasting, capabilities-based advantage they needed. These triggers are available to you as well; you can use them to generate the confidence (and sometimes the desperation) needed to invest everything in developing a strategy that works.

There are four common triggers:

We Can Do That. This is the trigger of confidence. A company can start down the path to coherence when its leaders realize they can excel at something, and then build a business around it. This happened at sports apparel-maker Adidas in the late 1980s. Based in a small town near Nuremberg, Germany, the company had been founded by Adolf “Adi” Dassler, a dedicated designer of athletic shoes for high performance. Drawing on Dassler’s direct contact with athletes and insights about their needs, Adidas had flourished from the 1950s onward by making distinctive, lightweight shoes tailored to competitive sports.

After Dassler’s death in 1978, however, the company lost its direction and began competing with rivals like Nike and Puma on design rather than performance. The subsequent decline in profits led to near-bankruptcy and a takeover in 1989. Little of Dassler’s knowledge had been written down in instructions or processes, but some of his and the company’s tacit knowledge lived on in a small museum of shoe prototypes and other design experiments. When René Jäggi, a marketer from Duracell, was hired to turn the company around, he brought in two former Nike managers, and the light bulb moment for the new team came when they visited the museum. It was a forgotten gold mine that allowed them to rejuvenate the company.

We Have a Dream. Some companies literally exist to change the world — or at least their part of it. When Howard Schultz took over a six-store chain of coffee shops in Seattle in 1987, he “saw Starbucks not for what it was, but what it could be,” as he put it in a 1997 memoir. He envisioned a convivial “third place” beyond home and work for people to gather, grounded in what he called “the romance of the coffee experience, the feeling of warmth and community people get in Starbucks stores.” Central to realizing this dream is a workforce that shares the aspiration, is committed to the company’s identity, and understands how to translate that commitment into a welcoming ambience.

Starbucks’ commitment to its employees, in turn, makes it possible for them to share the dream. From the start, Schultz set up health-care programs that included part-time employees, and stock options for everyone who had been there six months. Even during the Great Recession of 2007–09, when other retailers cut staff and pay, Starbucks avoided layoffs and invested heavily in an immersive employee learning program that included courses that ultimately qualified for college credit.

Like Schultz, you can use the trigger of aspiration to galvanize your enterprise. Indeed, Starbucks continues to find ways to translate its aspirations into reality. Recently it has expanded its prodigious capability in creating powerful customer experiences to embrace the digital world. Customers can now use smartphones to place and pay for orders before they enter the store, avoiding lines but still getting the same products, service, and atmosphere. A few stores are also testing “Powermat” technology that allows customers to recharge their devices in the store without plugging them in. Starbucks is also partnering with companies like Lyft, Spotify, and the New York Times to develop a new kind of loyalty program, with digital “stars” that can be redeemed at Starbucks stores. In all of these ways, Starbucks continues to expand its basic value proposition: to create a third place where we can all feel at home.

We’re Going to Be in Trouble. Some companies are prescient enough to recognize trouble in advance. They see that the gap between strategy and execution renders them vulnerable to looming changes. In the late 1980s, the Mexico-based building supply company CEMEX had to face a new strategic threat: the prospect of the North America Free Trade Agreement (NAFTA), which would remove commercial restrictions between Canada, Mexico, and the U.S. and allow global competitors to enter the Mexican market and encroach on its business.

Then-CEO Lorenzo Zambrano saw the trouble ahead and aligned his leadership team around a transformation that turned the threat into an opportunity. The effort combined a drive for ruthless operating efficiency with a series of acquisitions throughout Mexico, Spain, and Latin America. The company refocused its business around its knowledge-sharing and innovation capabilities, enabling it to carve out an identity as a solutions provider for homeowners, builders, and government customers. This differentiated the company in an industry prone to commoditization. By the time NAFTA went into effect in 1994, CEMEX was well on its way to becoming one of only a handful of global players in the industry, and the only one from a developing country.

We’re Already in Trouble. Some companies get on the path to coherence when they see no other options. Desperation in a time of crisis can trigger a change of attitude. Lego was the world’s most profitable toymaker in 2014. But just ten years earlier, in 2004, it had been losing a million dollars a day with a profit margin of negative 30 percent. The company’s leaders suddenly realized that its survival was in doubt, unless it could turn itself around.

A “burning platform” is a catalyst for urgency. But wouldn’t you prefer to not be in that position in the first place?

One of its problems was complexity. Though 30 of Lego’s products generated more than 80 percent of the company’s sales, it had a “long tail” of about 1,500 other products in its catalog. The company’s thousands of separate components included bricks of more than 100 hues, sourced from an incredible 11,000 suppliers (more than Boeing). Meanwhile, Lego’s favored independent toy shop customers were being replaced by big-box global retailers like Toys “R” Us, with which Lego did not have the same relationships. And its growth initiatives had led the company to put forth video games, clothing, and amusement parks, where it did not have the capabilities to succeed.

The board nominated a new CEO, Jørgen Vig Knudstorp, and charged him with rethinking both strategy and execution. He diagnosed Lego’s problem as “having lost its way in understanding its own self-identity — what is Lego uniquely about?” He and Lego’s other senior leaders set up a “war room” where they made a series of rapid decisions, choosing which products to cut and debated how to fix operations weaknesses, including such detailed matters as resin costs and distribution center locations. They rebuilt the company’s logistics and supply-chain capabilities, drawing on the experience of the electronics industry, and ended up outsourcing some production to Flextronics, a Singapore-based supplier to that sector. Yet Lego’s leadership never lost sight of the company’s identity — making innovative and distinctive toys that pleased both children and their parents.

By 2006 the company had a stronger reputation and market presence than ever, and it was also profitable for the first time in years. Over the following decade, Lego has continued to hone its distinctive edge and build its remarkable brand, while retaining enough simplicity in its operations to remain profitable.

At ordinary companies, the fourth trigger will often be invoked; it is known as the “burning platform,” and it is a catalyst for urgency and across-the-board change. But wouldn’t you prefer not to be in that position in the first place? You can use any of the other triggers to jumpstart your efforts in advance. Any of the four can, as we’ve seen, generate long-term commitment throughout your enterprise. A trigger can pull your company — but it’s up to you to pull the trigger in the first place.