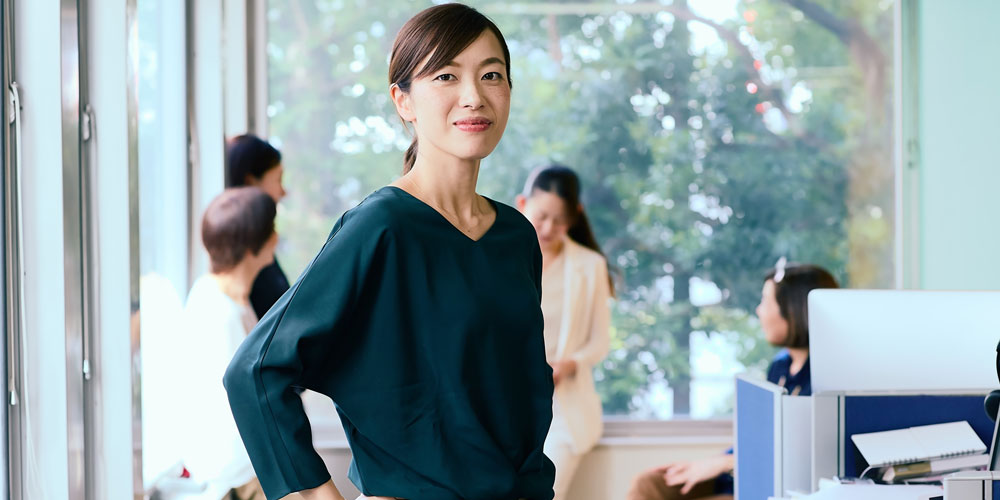 Japan, the world’s third-largest economy, faces twin challenges: a lack of female participation throughout the labor force, particularly in the higher ranks, and an aging population. In the World Economic Forum’s Global Gender Gap Report 2020, Japan ranked 121st (out of 153), in part due to the lack of women in leadership and management roles. Japan’s rapidly aging society aggravates the problem. Last year the country’s population declined for the ninth year in a row — and those over 65 now account for 28.4 percent of the total population.

Before the pandemic, Japan was taking steps to reconsider its long-standing reluctance to recruit foreign labor. But a portion of the solution to Japan’s demographic issues lies in encouraging more women to participate in the workforce — and to participate more fully. As Bill Emmott put it in these pages in 2019, Japan needs to build a “far more female future.”

Kathy Matsui, a former Goldman Sachs vice president who retired last year, was one of the first people in Japan to recognize that increasing female employment could compensate for Japan’s demographic problems. Matsui was born in California in 1965 to parents who had emigrated from Japan. After attending Harvard University, she visited Japan for the first time in 1986. Eight years later, in 1994, she joined Goldman Sachs Japan. In 1999, while working as a strategist for Goldman Sachs, Matsui wrote a paper called “Womenomics.” In 2013, the report was turned into Japan’s official economic policy by then prime minister Shinzo Abe.

The main goals of this policy were to get more women to work and to have women fill at least 30 percent of management and executive roles. In a recent interview, Matsui says she believes Japan has managed to shift gender diversity out of the realm of human rights and equality and into the realm of business and economic growth.

According to Matsui, tapping women out of dire economic necessity was a stepping stone to discussing gender diversity more openly — in corporate Japan and among the general population. “The biggest roadblock or stumbling block from my perspective has always been this mindset obstacle: getting people to care about gender diversity. Shifting that context was a very important first step.”

There has been some progress. After former prime minister Shinzo Abe started to promote gender diversity more actively at the start of his tenure seven years ago, the female labor participation rate (the percentage of women between the ages of 15 and 64 who are employed) has risen from 56 percent to 72 percent. That’s an increase of about 3 million women. “That is higher than where I’m from — the U.S. — as well as the E.U.,” says Matsui. This growth has been made possible, primarily, by policy changes. For instance, Japan has one of the most generous parental leave systems in the world. (Both mothers and fathers are given one year of parental leave, during which their compensation is equivalent to 60 to 80 percent of their pre-leave pay.) More surprisingly, parents can take childcare leave until their child’s first birthday. “Of course, all the women take it and not enough men, but the system itself is extraordinarily generous,” Matsui notes.

The government has had far less success, however, in boosting female leadership in the corporate world. Last year, the government acknowledged it had to push off its target of having 30 percent of leadership positions — anything between corporate management positions to CEO — filled by women from 2020 to 2030. “They should have at least explained more clearly why they didn’t reach their target,” says Matsui, who is critical of the vague ambitions. “What were the obstacles? What is the road map to reaching the goal? What concrete steps are they taking? It’s not enough to just put out a target or delay it.”

Currently, women account for less than 10 percent of all company presidents in Japan. A 2020 Teikoku Databank study found that out of 1.2 million Japanese companies, only 8 percent had female presidents, which is still 3.5 percentage points higher than it was in 1990.

One of the reasons so few women make it to leadership roles is their overrepresentation in irregular work, known in Japanese as hiseiki. Nearly half of all female workers have such hiseiki contracts, which pay lower salaries, and usually offer fewer opportunities to advance one’s career than full-time positions do. By contrast, only a quarter of all working men have this type of contract. According to the Ministry of Internal Affairs and Communications, an astonishing 970,000 irregular jobs have been lost either directly or indirectly due to the pandemic; 700,000 of those jobs were held by women.

An astonishing 970,000 irregular jobs in Japan have been lost either directly or indirectly due to the pandemic; 700,000 of those jobs were held by women.

So how can Japan move toward a society “where women can shine,” as former prime minister Abe used to put it? Matsui argues that it is vital to reconsider the current evaluation system in corporate Japan. “The key metric for evaluating performance is time. I like to call it ‘face time.’ Men, who are the primary breadwinners in many Japanese families, often work for organizations that have time or seniority as the key metric for evaluating performance,” says Matsui. That creates an incentive for men to spend as much time as possible at work, which leaves women to take care of the family. “The main reason women quit work is childbirth combined with a lack of daycare facilities.”

Matsui argues that corporate Japan needs to move toward a performance-based evaluation approach. And it’s possible that the pandemic could provide a push in this direction. The shift toward remote working could force firms to stop promoting overtime and put more emphasis on output. Or as Benjamin Cordier, managing director at RGF Professional Recruitment Japan, said last year about such a change: “It may level the playing field for both men and women in the workplace.”

Matsui emphasizes, however, that the Japanese government has indeed removed some of the hurdles that have traditionally prevented women from moving up the ranks in corporate Japan. The corporate governance code, introduced in 2015 and reformed in 2018, pushes for more gender diversity in boards of directors. The code stipulates that boards should “be constituted in a manner to achieve both diversity, including gender and international experience, and appropriate size.” The 30% Club Japan, a diversity activism group, monitors gender data in the country’s financial-services sector and saw a 2.4 percent increase in female directors in 2019 compared to a year earlier. That change indicates the code has incentivized companies to take on more female directors.

Starting in 2016, the government mandated that companies make disclosures on gender diversity. “The government encourages organizations to set explicit targets, such as female manager and female board director ratios, or something similar,” Matsui notes. “The first step is always measuring.”

But she warns that we shouldn’t look only at the government. “The onus lies with employers and managers, because at the micro-level they are the ones dealing with the promotion of women and finding the best female talent,” Matsui says. The government can build day-care facilities, but it can’t “intervene in the inner workings of how management mentors their female talent.”

Twenty-two years after the publication of “Womenomics,” Matsui believes people are beginning to understand the economic logic behind her paper. “In my capacity as a female leader, I have spoken to many, many companies. At end of the day, the best way to convince people of the urgency of nurturing female talent is objective data and empirical analysis. If you can show that the data demonstrate that greater diversity does drive better overall performance, then human behavior will eventually follow.” According to a report Matsui wrote in 2019, “Womenomics 5.0,” closing the gender gap could boost GDP by 15 percent. What’s more, publicly listed firms with higher female manager ratios tend to deliver higher return on equity and sales growth. “I think it’s becoming clear that this is an economic rationale–based argument as opposed to an emotional one or a values-based one,” she said.

Matsui sees positive gender diversity developments in business around the world, noting NASDAQ’s recent requirement that companies listing on the exchange have greater board diversity. “This whole war for talent, not just here [in Japan] but globally, means you have to create an organization with a culture that is going to be open to a whole range of diverse ways of thinking,” she said. “Innovation doesn’t come from a group of people who have the same education, socioeconomic background, or gender. It comes from friction and tension that emerges when people with different perspectives come together. And that is a competitive advantage.”

But managers still have a lot to learn in dealing with female talent and understanding why they might decide to quit or decline a promotion. Although this is a global problem, it remains much more common in Japan than in the West. “When a woman rejects a promotion because she thinks she’s not good enough — which is a very common thing — do you just accept it and move on or do you try again? I always recommend trying again. And when you ask her again, clearly state that you wouldn’t have recommended her for a position had you not believed and had full confidence she could succeed in that new role.”

The notion that women could use extra encouragement hasn’t fully landed in Japan. “I don’t want to say men don’t need that extra encouragement, but women need it even more, given the confidence gap that I think is pretty universal,” Matsui said. “If you think you need to fix diversity, what exactly are you supposed to do other than setting up a diversity committee or writing up a report? What are you exactly doing at this micro-level to attain and motivate your high potential female talent? That’s where I see a gap.”

Matsui advises young ambitious women to find a group of supporters around them. “I certainly didn’t climb up the Goldman ladder on my own. I had people who supported me,” she says. Women in the workforce need cheerleaders, sponsors, and mentors, people who can guide them. “When I was at a loss, that helped a lot.”