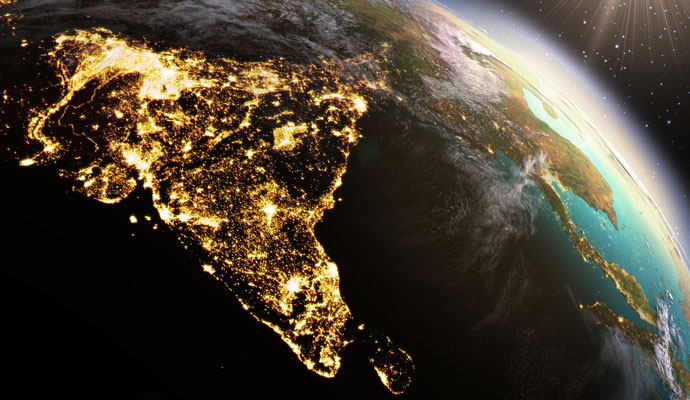 “History is history. I only care about what’s coming next.” So says Vineet Jain, the managing director of BCCL, also known as the Times Group. BCCL is India’s largest media conglomerate, with revenues of about Rs100 billion (about US$1.5 billion) per year and with more than 13,000 employees. It publishes the Times of India, the world’s largest-selling English-language daily (reaching more than 7.6 million readers), and the Economic Times, the second-largest-circulation English-language business newspaper (the Wall Street Journal is the largest). It also owns 40 FM radio stations, 15 online radio stations, 15 magazines, a number of popular television channels (including Times Now, ET Now, Movies Now, and Zoom TV), and live-event businesses such as the Miss India Pageant and the Filmfare Awards (the “Oscars of India”). 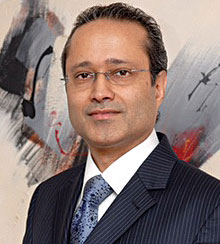 BCCL traces its history to 1838, when its first newspaper, the Bombay Times and Journal of Commerce, was founded; Jain’s family has owned and managed it since 1948. Despite this size and longevity, BCCL is also one of the most entrepreneurial and rapidly changing media businesses in the world.

Under the leadership of Jain and his older brother, vice chairman Samir Jain, BCCL has introduced many innovations in advertising and digital technology, including matrimonial and real estate portals; a smartphone app called Alive, which links scanned print images to downloaded videos; partnerships with the Huffington Post, Airbnb, and Uber; and Brand Capital, which develops and funds marketing efforts in India for startups. BCCL also owns Times Internet Ltd., one of the largest digital media providers in Asia. With entertainment and media industries facing massive disruption everywhere, we met Jain in his Mumbai office to ask about his strategy for the digital age.

The insights here about media in emerging economies are relevant to many other media companies around the world as they navigate major shifts in technology and audience demand.

S+B: What do you see as the greatest challenges facing BCCL, and how are you responding to them?
JAIN: The growth of digital has altered the nature of media, and has challenged norms of what it should be. We are fortunate in India to have visibility into global trends, which allows us to proactively address them. We continue to innovate in print and television media, which drives their growth in circulation, viewership, and revenues. And we’re aggressively building a digital media business that over time could become larger than our more mature businesses.

S+B: You were an early strong believer in Internet-based publications, back in the early 2000s. What did you see?
JAIN: The newspapers in the West were dying. I felt that the same fate would befall India; maybe not for 10 years or more, but eventually. Therefore, we would have to establish a big Internet company. We invested at the beginning. Also, the digital medium is interactive, and the newspaper is a one-way, passive medium. Interactive media always wins over passive media.

“I tell our journalists to get on Twitter and Facebook, to experience the gap between what they think is a good story and what people are reading.”

We believe that Times Internet, our digital arm, will one day be a larger business than BCCL is now. Today, it reaches over 171 million users, who spend billions of minutes a month across a number of our products. At the same time, we continue to focus on providing value to consumers across all media — print, television, radio, and others.

S+B: How are the dynamics of news and journalism being altered by mobile technology?
JAIN: Mobile technology, in particular, is rapidly changing the way the news is consumed as well as produced. Capturing news is more “real time” than ever before, and increasingly, anyone with a smartphone can capture the latest events. We now give all our journalists smartphones to video-capture events live. We are also shifting our focus from long-form content to shorter, smarter pieces. Our ability to be pointed, fast, and crisp has improved substantially.

S+B: India has a vibrant but fragmented audience. There are millions of people with very different social, economic, and ideological characteristics. How do you address the needs of such vastly different segments?
JAIN: Our company was traditionally centered around the elite Indian consumer. The Times of India and Economic Times are a core part of their daily habit. But over the last 10 to 15 years, our entertainment products, such as Zoom Entertainment Network, Radio Mirchi, and Gaana [a music streaming service], and our non-English print brands, such as NavBharat Times and Vijay Karnataka, have widened our user engagement bases. We expect that the majority of our audience growth during the next few years, across media, will come as we expand further into the heartland of India. We feel we also have a significant opportunity with the Indian population residing overseas.

S+B: Will advertising continue to be the dominant revenue model for Indian media companies, or do you foresee other revenue sources taking its place?
JAIN: Advertising is still underrepresented in India. Only about 0.35 percent of GDP is spent on advertising, compared with 1.5 to 2.0 percent in the rest of the world. We still see room for significant growth.

Online, our increased presence in performance advertising and classifieds is opening up a larger advertiser segment than ever before. Increasingly, across media, brands are looking for native solutions that are less about interrupting the consumer and more about embedding a message or brand into his or her conversation. Internationally, there is a huge opportunity to build a commercially viable model with the Indian audience at the core. This gets amplified when you consider the age dividend that India enjoys — its high proportion of young people. We are sure that the overseas young diaspora will become a valued audience over time.

S+B: What is BCCL’s approach to new technologies, like wearable devices and the Internet of Things?
JAIN: I constantly think about what is coming next. If you don’t disrupt your own business, someone else will disrupt it. We thus continue to experiment and innovate, leveraging our technology capabilities and our understanding of the consumer. For instance, Alive is our experiment with augmented reality.

These technologies need an effective infrastructure in place, including great connectivity, to provide the immersive experiences that will delight consumers. Unless media outlets can think about capturing consumer mind share with great product and content experiences, they risk losing their audience’s attention.

S+B: You have opened a Brand Capital office in Silicon Valley. What is going on there?
JAIN: When we look at digital, there are so many international technology companies that haven’t come to India yet. It could take them another five or 10 years to do so. We want to reach them much earlier; we think they would find markets and opportunities here.

We are beginning to act as venture capitalists. We invest in small technology companies, and we also barter advertising in our media, in exchange for a small stake in these companies. We aim to invest at an early stage.

S+B: What is your view of social media?
JAIN: Traditional media houses and newsrooms have to embrace social media. You can’t fight this technology. In fact, it generates a large part of digital traffic. You have to understand Facebook consumers, and follow the conversations they are having, because their reading habits are very different [from those of traditional consumers]. I tell our journalists to get on Twitter and Facebook, because then they experience the gap between what they think is a good story and what people are reading.

The newspaper of tomorrow has to be much more than printed text. When we first launched our television news channels, I was already thinking of digital convergence. I knew that the Times of India would require video content, and that we would end up sharing our content among newspapers, radio, television, and the digital medium.

We are moving in the direction of a common newsroom, where we constantly update our news and we don’t wait for the big print story that gets published first. Sometimes, we will have to release something that is short and quick and exciting with one photograph attached. It may be superficial, but that is what works.

We are moving from pure news toward entertainment, short-form content, and fun videos. The definition of news has changed completely.

S+B: Millennials [people age 16–36] make up a significant percentage of the Indian audience. What kind of content speaks to them?
JAIN: Millennials want to consume content from wherever they are, especially on social media. They want to read what their friends are sharing, not what an editor chose to put on the front page. They prefer short-form to long-form, as far as news is concerned.

For a 16-year-old urban middle class kid, the preferred medium of consumption of news and entertainment may not be a physical newspaper or a television. He or she most likely consumes it over the Internet and on mobile.

S+B: Even though time spent on digital media by young people is far greater than time spent on print and TV, we haven’t seen a correspondingly large shift in advertising dollars. Why is that?
JAIN: The traditional media outlets offer reach, which is not easy for any advertiser to ignore. This will not change for a long time, even though digital advertising may be more measurable. For large-format businesses (consumer products, apparel, financial services), reach will always be relevant. Although digital advertising is growing faster, we expect it will take a long time before we can ignore traditional media altogether.

S+B: On your Twitter profile, you mention “driving change” as your motto. What are the core values that influence your own decisions and thinking?
JAIN: I am a great supporter of personal freedom and liberty. I think the government and legislature should stay out of people’s lives as much as possible — whether it’s a matter of food, religion, or sexual orientation. Political leaders should instead focus on development. They should lay down modern, reasonable, and clear-cut rules, and then give business and industry a free hand to grow and create jobs.

The government should also be fair and transparent in its dealings. For a decade I’ve maintained that the arbitrary and opaque allocation of natural resources — whether coal or broadcasting spectrum — is the single biggest cause of corruption in India. We should move toward e-auctions that can stand up to audits and scrutiny. The Times of India has been at the forefront of this campaign, and I’m happy to say that the government has really worked to clean up this process. This was a campaign of national importance, and went to the very root of good governance.

In general, I’m driven by what I think is right or just, even if it means being politically incorrect. And that inevitably means driving change, especially in this industry and this country. I believe a leader should push himself or herself to get out of his or her comfort zone and take calculated risks. We should be ready to challenge the status quo, innovate constantly, and disrupt our own company’s business model. To be in business in the media industry is very exciting right now. Every day is a new day, especially in digital media. I am continuously learning.