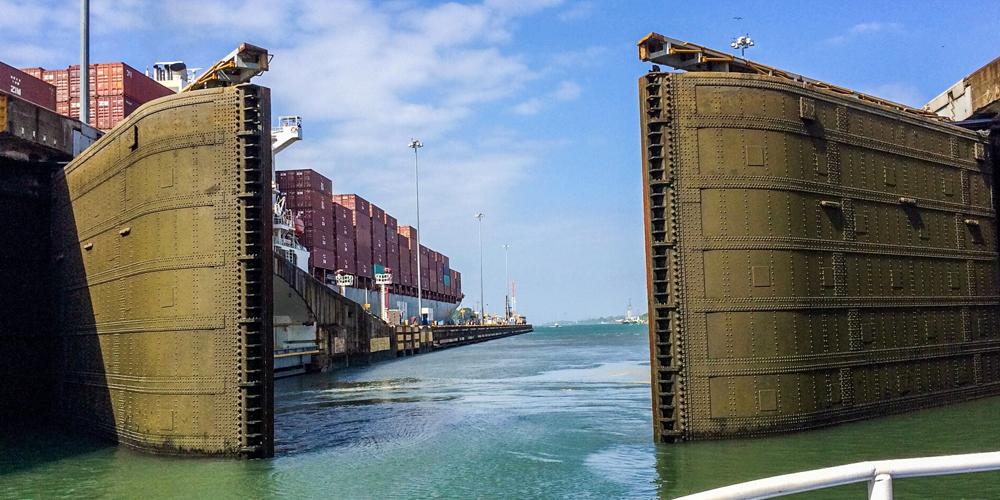 The Panama Canal’s 12 massive locks solved a problem that had stymied early attempts to construct the waterway: how to dig a canal through a mountain range.
Photograph by Kathy Tuite / EyeEm

How do you know if you have identified the real challenge facing your business? And, once you identify that challenge, how do you know that you are solving it correctly? Answering both those questions requires not only a willingness to innovate but also the humility to change direction. This is the salutary lesson to be drawn from one of the biggest engineering feats of the 20th century, and it can help executives and leaders today understand the need to question their strategies and better evaluate their chances of success.

When Theodore Roosevelt undertook to build the Panama Canal in 1903, he thought the problem was all about digging. In the 1880s, the French had come to Central America with plans to replicate their success completing the Suez Canal, a 120-mile waterway linking the Mediterranean Sea with the Gulf of Suez. Finished in 1865, it took ten years to build. But the Panama Canal proved a more formidable challenge, and, after eight years of digging, the French left defeated.

The US took over, believing that it was just a matter of using more efficient and more powerful diggers. Roosevelt’s instruction to his lead engineer, John Finlay Wallace, was “Make the dirt fly.” The US valiantly tried this for a year, with disastrous results.

Like the French, the US was trying to build a sea-level canal, which meant digging a 50-mile trench across Panama and letting it be filled by the Pacific and Atlantic oceans. This approach worked fine for the Suez Canal, but Panama wasn’t Egypt. The country is mountainous and covered with swamps, jungles, and rainforests, not desert. Wallace’s enormous steam shovels could dig up eight tons of rubble at once and place it on a train car for removal, and yet the Americans were proving even less successful than the French. By mid-1905, 60 to 75% percent of the project’s US staff had left, resigned, or died from yellow fever. At the rate they were going, completing the dig of a sea-level canal would have taken an estimated 27 years.

Roosevelt was a quick learner, and not shy about admitting he’d made a mistake. He realized he had to solve two fundamental problems simultaneously: dirt and disease. To tackle the former, Roosevelt appointed John Stevens, the architect behind the Great Northern Railway, as chief engineer after Wallace resigned. To tackle the latter problem, Roosevelt agreed to fund a US$1 million health initiative to eradicate mosquitos to eliminate yellow fever. It may not sound like much today, but at the time it was the most expensive and largest public health initiative ever proposed anywhere in the world.

Stevens concentrated on solving a vexing engineering conundrum, one he had run into while building the Great Northern, which had to cross the Cascade Mountains on its 8,300-mile journey from St. Paul, Minn., to Seattle. It wasn’t a matter of making the dirt fly, but rather what to do with the spoil: the earth that was dug out. If workers could cart the dirt away more efficiently, in specially built train carriages that could tip and empty quickly, work on the canal would speed up.

The nine-mile Culebra Cut, which had to penetrate the Continental Divide mountains that form Panama’s spine, had stymied the French. Stevens approached this challenge by deciding to dig at both ends simultaneously. By laying enough parallel train track along the length of the cut through the mountains—a method he had devised to remove dirt for the railroad—Stevens could send train carriages up the cut empty and down the other side of the cut full. Although this maximized efficiency, it also revealed another problem: no amount of engineering could overcome the sheer volume of earth that needed to be removed to dig a sea-level canal. A mountain is very different from a desert.

Stevens now faced the most daunting challenge of his career: telling Roosevelt that a sea-level canal was folly. The only way to build the Panama Canal was to build a lock-based waterway, one in which ships would move up and down vertically as they traveled along the canal in order to account for changes in elevation. This single decision changed the course of maritime and world history. Under the guidance of George Washington Goethals, a civil engineer from the US Army Corps of Engineers, 12 enormous locks were built. Each was three times larger than the largest locks previously constructed. The canal opened in 1914, just short of ten years after the US effort began. The one millionth ship passed through the canal in 2010.

There are many famous cases of business executives striving for a result only to realize too late that the real problem they needed to solve was not the obvious one: Kodak continuing to focus on film cameras rather than digital in the 1980s, Blockbuster investing in brick-and-mortar outlets to expand its market reach while failing to see that Netflix would make stores obsolete, Blackberry improving its phone’s keyboard when the world was moving toward short text messages tapped out on a touchscreen.

There are many famous cases of business executives striving for a result only to realize too late that the real problem they needed to solve was not the obvious one.

There’s also a direct analogue to the “make the dirt fly/what to do with the spoil” problem in the energy sector. A huge amount of money was invested in fracking in places like North Dakota and Texas, but there was no infrastructure developed to capture the natural gas and methane that are by-products (or spoil) of that process. And so, producers ended up flaring (burning off) those by-products even though technology exists for easily capturing them. Now regulators and society are coming down hard on energy producers for this wasteful, polluting practice.

A similar blind spot afflicted the automotive industry when it came to electric cars. Traditional manufacturers’ solution to new emissions standards more than a decade ago was to buy compliance certificates from companies working on producing electric cars (funding pioneer Tesla in the process) rather than investing in the technology themselves. The problem they should have been solving was figuring out how to produce profitable low- or no-emissions cars. They are now racing to catch up.

Workforce strategies need to avoid similar traps. With companies facing the “great resignation,” leaders should be wary of solutions to the wrong problems—for example, simply offering more money. Financial reward, these days, is not always the determining factor that encourages employees to stay or go elsewhere. PwC’s 2022 Global Workforce Hopes and Fears Survey of 52,000 people worldwide found that job fulfilment and the ability to be your true self at work are in many cases just as important as pay.

Rich Blumberg, president of World Sales Solutions, which helps companies implement collaborative working platforms, described to me a change he made in his firm to improve employee morale, one that had nothing to do with pay or perks: an optional Monday morning call devoted exclusively to discussing the fun things people did over the weekend. “It was a simple, low-key process that bonded the team members,” he said, “and was a more entertaining way to start the week than focusing on key targets for the week, month, or quarter ahead, which could be handled in calls later in the day.”

Not all problems are created equal, and it pays to make sure you’ve identified the ones that really matter. In a world that is forever changing, give your leaders, teams, and managers license to challenge your business model regularly. As baseball great Yogi Berra said, “The future ain’t what it used to be.”