It happens every few months. The head of your department has gathered everyone together for a brainstorming session. Senior and junior colleagues sit around a conference table as the leader sets the tone, encouraging everyone to speak their mind, to throw any idea on the table, no matter how far-fetched it may sound. Everything is fair game, and no one will be judged harshly for an idea that doesn’t stick.

A senior team member kicks things off with a fairly interesting idea, but comfortably within the ballpark of what your company does. People begin jumping in, pinging off of that idea, proposing innovations not too different from those your company has already tried. Then it happens: Someone utters a truly original, off-the-wall idea. The room suddenly gets quiet. Everyone waits to see how the boss will react.

As we wait, our own mental wheels start spinning. When we hear an outlandish idea, most of us have a rapid reaction: We dismiss it. It sounds stupid, like nothing our company would ever do. Worse still, it sounds like something that the head of the department would never consider. Then the department head also rapidly dismisses the wild idea, unconsciously dampening the innovative spirit he was trying to create. With nothing more than a shrug or a raised eyebrow from the boss, the idea is consigned to the graveyard of the group’s imagination. We immediately move on to another idea.

Now imagine that you’re the boss, leading the same group. You want to free up imaginative thinking and ideation. How might you do it differently? Here are two ways that can draw out breakthrough ideas and help you discover new ways of doing things.

Respect the absurd idea. The absurd idea needs to be encouraged, treasured, and protected. You as the leader do this by creating a context with your own behavior. Show that it is acceptable to share wild ideas by expressing how intrigued you are, even by suggestions that might have been rejected in the past. You don’t have to accept or implement them; just respect them. At a minimum, write them down to help preserve and protect them. Protecting ideas in this way breaks down people’s inhibitions about putting themselves “out there” and emboldens them to take risks. And doing so makes it easier to bring out other unusual ideas — which, we hope, will become the norm. People will gain confidence in their own thinking.

An essential paradox often comes into play when we explore an absurd idea. We find that the idea may not be all that absurd after all. It may contain the seed of a valuable innovation. For example, in the early 1970s when the Wilkinson Sword razor blade company was readying to introduce the Bonded Razor, the marketing team debated over initial findings that consumers could not rationalize how they were able to get a closer shave without nicking themselves. As simple as it sounds, more close yet comfortable appeared self-defeating to the marketers, because consumers had yet to experience it. But when Wilkinson Sword finally decided to run with the product concept and market the Bonded Razor in that way, it turned out to be wildly popular and beat competitors to market. Though taking place decades ago, the lesson still rings true.

After some talk, we may find that idea contains the seed of a valuable innovation.

A more modern example can be found in the smartphone. Years ago, a camera without film might have seemed like an absurd idea. It was hard to imagine having the ability to capture an image or event at any moment and then erase it if we don’t like it. Yet today, it is a reality.

Absurd ideas can lead to great things. More often than not, true innovation uproots conventional mind-sets — which can lead to revolutions in categories. Don’t be too quick to judge or dismiss what might seem like a crazy notion. Write it down before you cast it aside. Absurd ideas are worth exploring. They are the seeds of innovation.

Experiment with the absurd idea. Find a way to go quickly from the seed of an idea to an experiment, preferably with the end user. Get out into the marketplace and talk to real people, people who are disinterested in your success but have a need for the product or service your idea will provide.

In smaller or entrepreneurial companies, early experiments must be constructed with modest cost and relatively low employee time commitment. These are critical constraints. Larger companies often have more leeway. Experiments are more easily funded. Top management knows that a win provides a story to celebrate and build on. And a failure can go away quietly. Plan on a series of experiments and listen objectively to the reaction and results.

In the early 1990s, a large auditing firm began an experiment to build stronger relationships with its non-audit clients. This was an absurd-sounding idea at first, especially to the partners who were auditors. But they didn’t kill the idea. Instead, they investigated it, discovering that the firm had sizable pockets of business around the world that didn’t involve auditing, but those pockets weren’t organized together and most had grown up independently without coordinated support.

So they decided to experiment. They formed an initial hypothesis: that global growth opportunities existed to create a business innovation practice with the right few companies. The group identified three non-audit clients to pursue: Gillette, PepsiCo, and General Electric. They knew people at each of these companies, but did minimal business with them, and the companies were under the radar for most of the dominant audit-centric partners.

The results of these initial small experiments conducted around the world became legendary at the firm and formed the basis of a total restructuring of its largest non-audit clients. There were acquisition due-diligence projects conducted in China and Hungary, a unique tax restructuring in Singapore, and a logistical operation in six countries in Europe. These successes grew to an array of 350 Fortune companies in various industries and all around the globe, many of which became some of the largest clients of the firm.

Being brave and open-minded enough to respect, protect, and experiment with the absurd idea opens ourselves and our teams up to make great discoveries that would otherwise never materialize or, worse, take root at a more forward-thinking competitor. Give yourself and your colleagues the space to find out if the absurd idea is, in fact, not all that absurd after all. 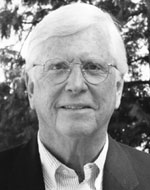