The rate of adoption for an emerging technology is influenced by how well it is understood and trusted. Potential adopters may feel anxious, or at least skeptical, about embracing a wholly new system — in particular, one that requires companies to rethink traditional ways of managing and sharing their data. This is perhaps especially true for blockchain, a technology whose very purpose is to fill gaps in confidence.

Let’s dissect that paradox. Blockchain technology, by creating an immutable record of data transactions, should engender trust among its users. But survey data from a new global study by PwC reveals that trust issues are threatening to impede companies’ blockchain efforts at nearly every turn. This is not to say that companies aren’t experimenting: 84 percent of our survey respondents — representing a cross section of technology-focused leaders in 15 territories around the world — report at least some involvement with blockchain. To make the most of their initiatives, they’ll need to tackle their trust issues head-on.

As with any emerging technology, challenges and doubts exist about blockchain’s reliability, speed, security, and scalability. Such doubts are only compounded by concerns regarding a lack of standardization and interoperability across blockchain systems. Moreover, many executives remain uncertain about what blockchain is and how it will change their business. Blockchain’s role as a dual-pronged change agent — as a new form of infrastructure and as a new way to digitize assets through tokens, including cryptocurrency — is not easy to explain. Another challenge is building trust among participants: A technology meant to bring consensus hits an early stumbling block on the need to design rules and standards. There’s a similar lack of comfort regarding regulation. The majority of regulators are still coming to terms with blockchain. Many territories have begun studying and discussing the issues, particularly as they relate to financial services, but the overall regulatory environment remains unsettled.

What’s a company to do? Clearly, blockchain has arrived. And those that adopt a wait and see mind-set risk falling behind the competition. But as our report makes clear, leaders should not swing to the opposite extreme by jumping in unprepared. Of the survey respondents who report a blockchain project in the pilot stage, 54 percent say the effort sometimes or often hasn’t been justified by the result. This should be a call to more effective action. To help executives answer that call, the report offers four strategies that can be used to build trust. By focusing on these four areas early in their blockchain efforts, companies can set themselves on a path to successful execution. 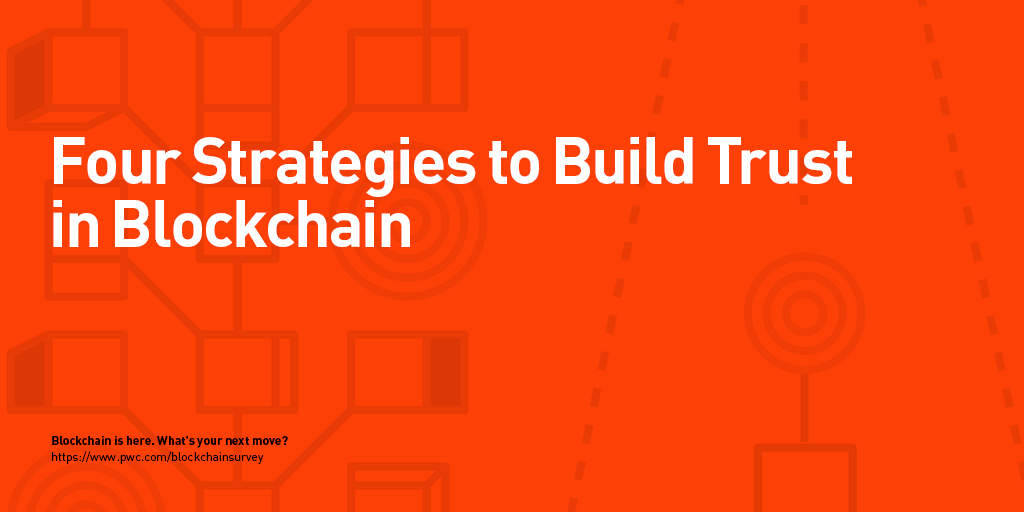 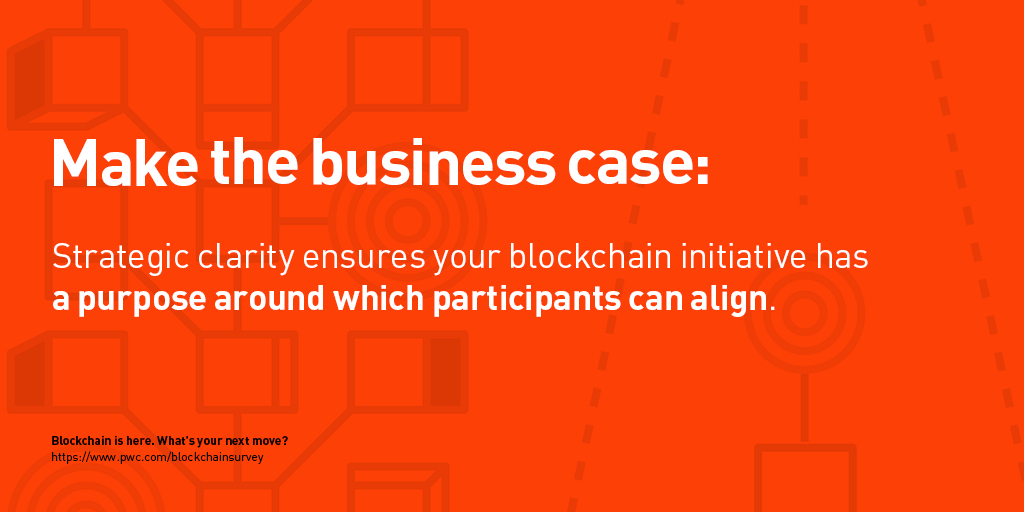 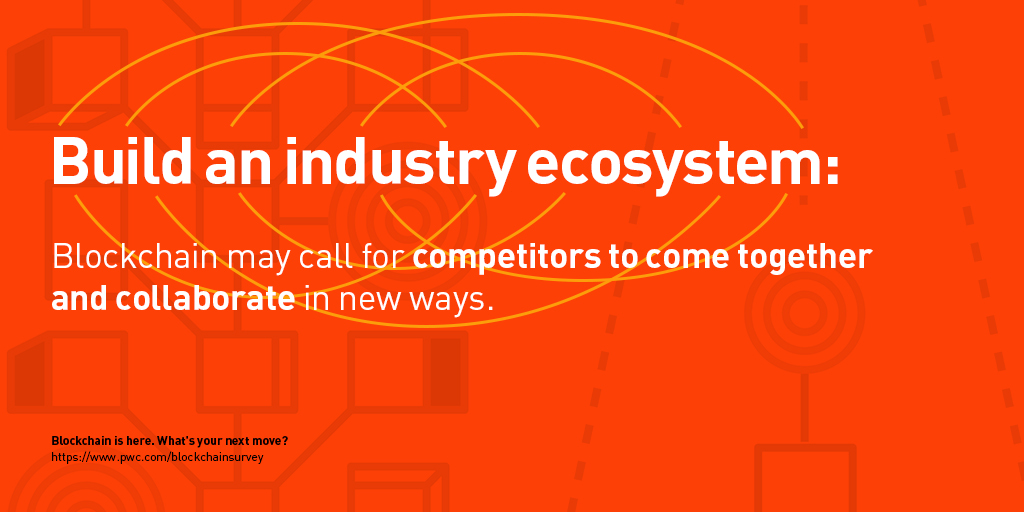 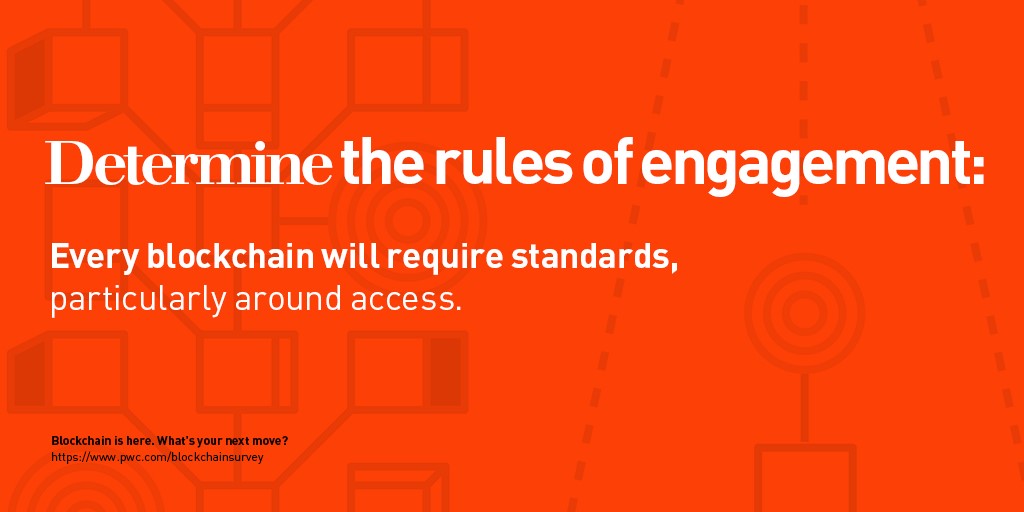 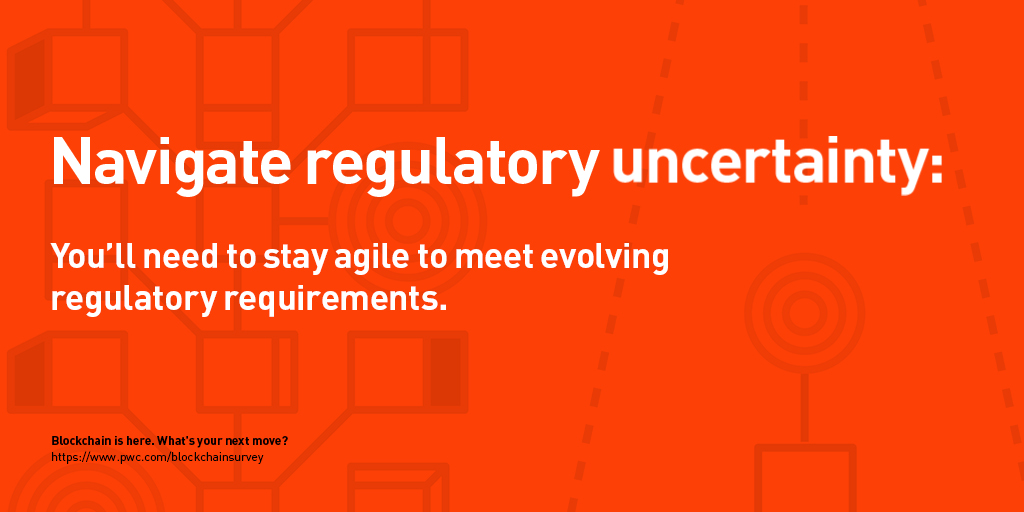 1. Make the business case. Developing and implementing a blockchain is not your traditional IT build. There’s no point in recreating the old world, but with a blockchain at its core. The danger in not recognizing this paradigm shift from the outset is that companies end up reasserting existing roles, processes, and business models. Instead, they need a commitment to a strategy that is suitably transformed from where they are today. And that begins with the business case. Start with a few questions: What am I trying to achieve strategically? What are the pain points, and which other stakeholders share them? How would we fund such an initiative? How might it be governed?

2. Build an industry ecosystem. Convening a group of stakeholders to agree collectively on a set of standards that will define the business model is perhaps the biggest challenge in blockchain: Forty-four percent of survey respondents report that the ability to bring the network together is a top barrier to adoption. Participants have to decide the rules for participation, how to ensure that costs and benefits are allocated fairly, what risk and control framework can be used to address the shared architecture, and what governance mechanisms are in place, including continuous auditing and validation, to make certain that the blockchain functions as designed.

Forty-four percent of survey respondents report that the ability to bring the network together is a top barrier to blockchain adoption.

3. Determine the rules of engagement. The participants in a blockchain ecosystem need to decide what the operating standards will be and what various users will be able to see and do. The design begins with the strategic business model, which includes making decisions about whether the blockchain will be permissionless, and thus available to everyone, or permissioned (having various levels of permissions). Permissions determine participants’ roles and engagement with the blockchain, which can vary from entering information or transactions to only viewing information. The choice of model isn’t automatic; organizations will decide based on design and use case considerations. They will also need to consider the type of network to establish. Forty percent of survey respondents report that they are using permissioned blockchains, 34 percent are working with permissionless chains, and 26 percent are taking a hybrid approach (meaning the project they are working on uses a mix of permissioned and permissionless blockchains).

4. Navigate regulatory uncertainty. A well-designed blockchain validates data and eliminates the need for a central authority, such as a bank, clearinghouse, or government, to approve and process transactions. Cutting out that central authority may reduce costs and delays, but it also removes the institutions that are important for ensuring market stability, combating fraud, and more. There are indications that regulators will eventually step in when it comes to blockchain, but that shouldn’t be a reason to slow progress. Yet among survey respondents, 27 percent believe that regulatory concerns are the number one barrier to blockchain adoption. This uncertainty is fairly consistent among many of the territories, with the number of respondents who rank regulatory concerns as their biggest barrier ranging from 17 percent in China to 38 percent in Germany.

To read the full report and learn more about building a blockchain based on mutual trust, click here.

Topics: blockchain, emerging technology, new technologies, regulation, trust
Get s+b's award-winning newsletter delivered to your inbox. Sign up No, thanks